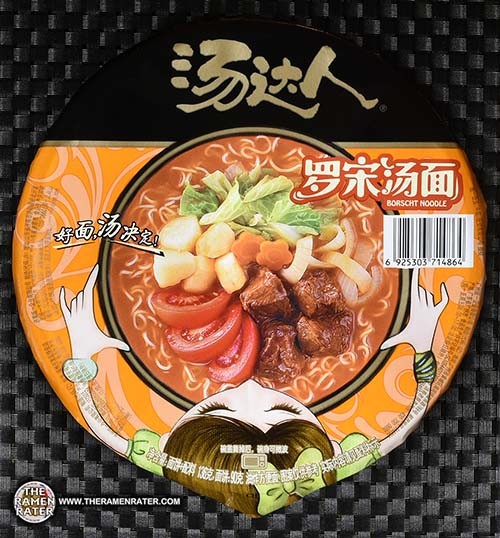 Here’s another one I found up at Foodyworld in Richmond, BC. I’ve seen these as cups before but never bowls. Now, borscht sounds like an odd flavor from Asia – let’s ask wiki a little about it –

listen)) is a sour soup popular in several Eastern European cuisines, including Ukrainian, Russian, Polish, Lithuanian, Belarusian, Romanian, Ashkenazi Jewish and Armenian cuisines. The variety most commonly associated with the name in English is of Ukrainian origin and includes beetroots as one of the main ingredients, which gives the dish its distinctive red color. It shares the name, however, with a wide selection of sour-tasting soups without beetroots, such as sorrel-based green borscht, rye-based white borscht and cabbage borscht.

Borscht derives from an ancient soup originally cooked from pickled stems, leaves and umbels of common hogweed (Heracleum sphondylium), a herbaceous plant growing in damp meadows, which lent the dish its Slavic name. With time, it evolved into a diverse array of tart soups, among which the beet-based red borscht has become the most popular. It is typically made by combining meat or bone stock with sautéedvegetables, which – as well as beetroots – usually include cabbage, carrots, onions, potatoes and tomatoes. Depending on the recipe, borscht may include meat or fish, or be purely vegetarian; it may be served either hot or cold; and it may range from a hearty one-pot meal to a clear broth or a smooth drink. It is often served with smetana or sour cream, hard-boiled eggs or potatoes, but there exists an ample choice of more involved garnishes and side dishes, such as uszka or pampushky, that can be served with the soup.

Its popularity has spread throughout Eastern Europe and the former Russian Empire, and – by way of migration – to other continents. In North America, borscht is often linked with either Jews or Mennonites, the groups who first brought it there from Europe. Several ethnic groups claim borscht, in its various local guises, as their own national dish consumed as part of ritual meals within Eastern Orthodox, Greek Catholic, Roman Catholic, and Jewish religious traditions.

Phew that was a mouthful. Alright – let’s give it a whirl!

Detail of the side panels (click to enlarge). Looks to be meat free but check for yourself. To prepare, add boiling water to fill line then microwave 6 minutes. Add in sachet contents. Finally, stir and enjoy! I’m going to guess the six minutes is at 800W in the microwave. 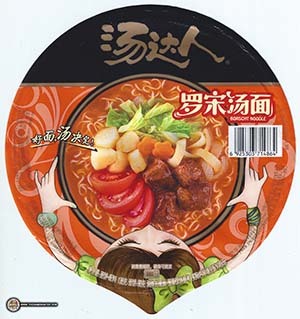 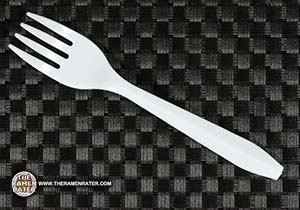 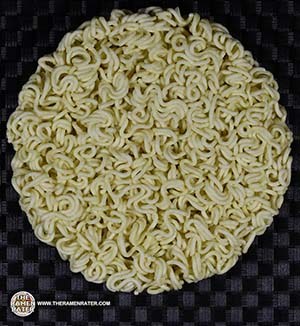 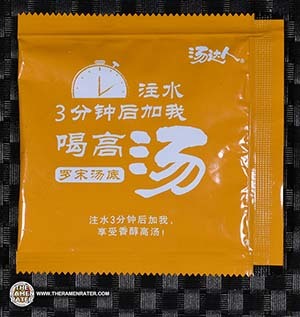 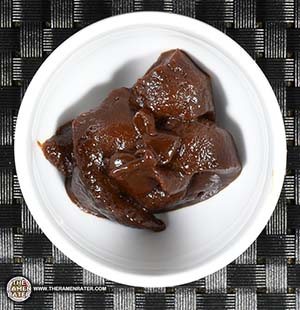 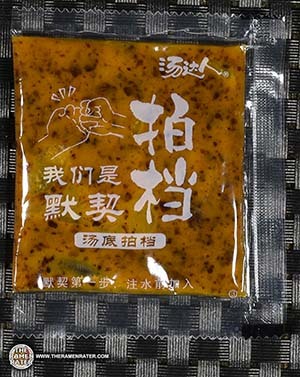 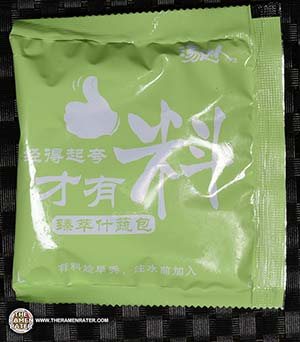 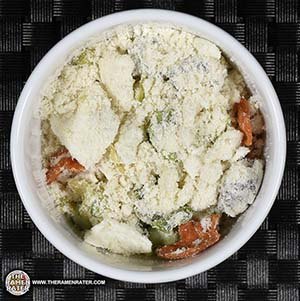 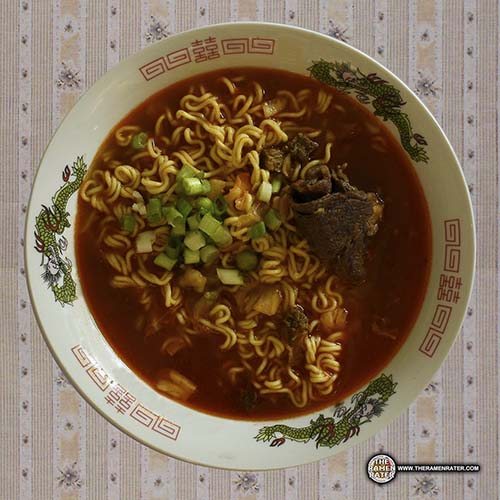 Finished (click to enlarge). Added beef and scallions. Noodles were alright – thicker gauge than standard and a slightly firmer chew. The broth was fascinating – definitely a beet flavor to it – almost a hint of spiciness. Imitation beef via TVP was present and kind of fun. Cabbage as well – however it was real. 2.75 out of 5.0 stars. EAN bar code 6925303714864.