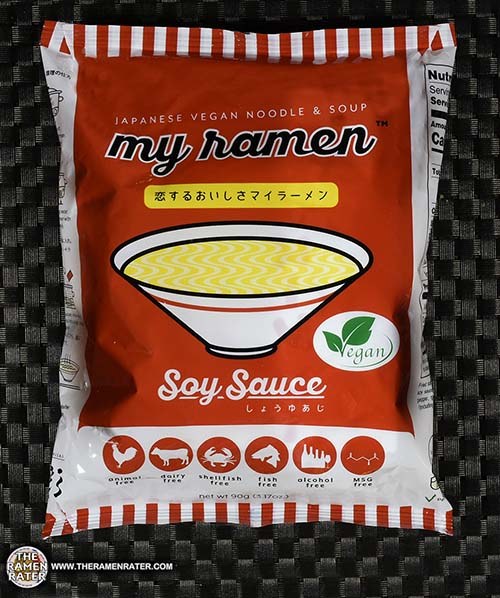 I haven’t seen my friend Matthew Bellah in quite a while and he’s stopping by today to hang out. So he’s a writer (you can read some of his stuff at www.matthewbellah.com) and also an odd sort as far as food goes. He’s a vegetarian, however I’ve known him to enjoy bacon and Jack In The Box tacos regularly. Anyways, I thought this myramen would be a good one to let him try.

myramen is a range of Japanese instant ramen that are Vegan, HALAL, animal free, dairy free, shellfish free, fish free, alcohol free, and dairy free. Matt’s also an accomplished guitar player and is bringing an acoustic over to play for the kids – Miles in particular is really into music so I’m curious to see what he thinks of it. That’s a lot of bases covered. Let’s take a look at this one. 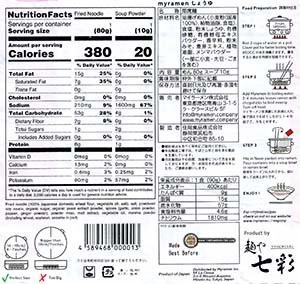 Here’s the back of the package (click to enlarge). Vegan and HALAL. To prepare, add noodle block to 2 cups boiling water and cook for 3~4 minutes. Take off heat and add sachet contents. Finally, stir and enjoy! 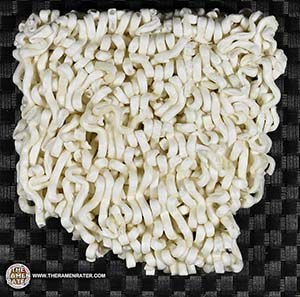 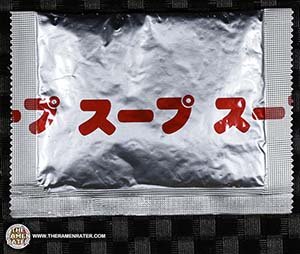 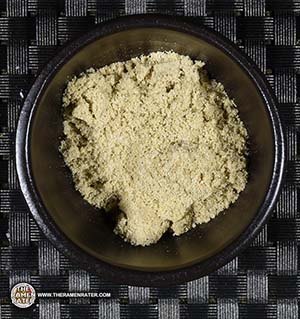 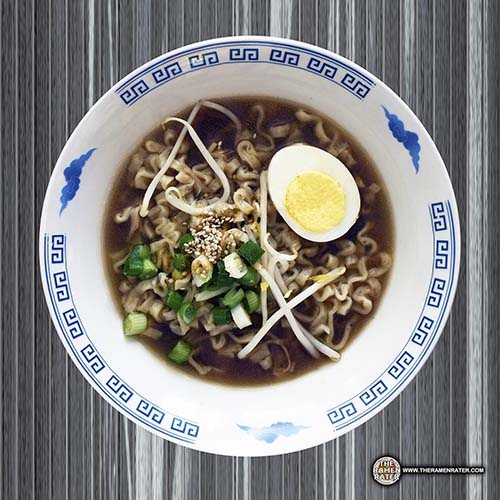 Finished (click to enlarge). Added hard boiled egg, Salad Cosmo mung bean sprouts, spring onion, sesame seeds, and nanami togarashi. The noodles are broad and flat with a nice tooth. The broth has an alright soy sauce flavor however I found it to be overly salty and slightly less so would have been preferable. 3.0 out of 5.0 stars. JAN bar code 4589468000013.

An Unboxing Time showing off these noodles