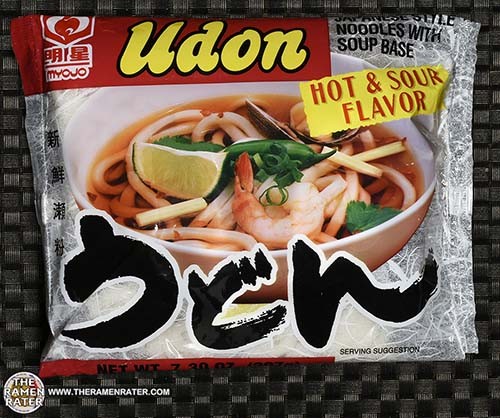 Here’s one that comes by way of a reader named Colin from Massachusetts – thanks again! So I’ve reviewed a slew of these packets of udon in the past. It’s been a while though – don’t know that I’ve ever seen this hot and sour either. Udon is a lot different when it comes to noodles than your standard instant – here’s a little from Wikipedia –

Udon (饂飩?, usually written as うどん) is a type of thick wheat flour noodle of Japanese cuisine. Udon is often served hot as a noodle soup in its simplest form, as kake udon, in a mildly flavoured broth called kakejiru, which is made of dashi, soy sauce, and mirin. It is usually topped with thinly chopped scallions. Other common toppings include tempura, often prawn or kakiage (a type of mixed tempura fritter), or aburaage, a type of deep-fried tofu pockets seasoned with sugar, mirin, and soy sauce. A thin slice of kamaboko, a halfmoon-shaped fish cake, is often added. Shichimi can be added to taste.

Hot and sour seems a definite departure from the more traditional udon. I could be wrong though – it does happen from time to time! Let’s take a look and give a try! 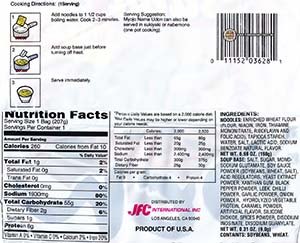 Here’s the back of the package (click to enlarge). Looks to be meat free but check for yourself. To prepare, add noodles to 1 1/2 cups boiling water and cook 2~3 minutes. Add in sachet. Finally, stir and enjoy! 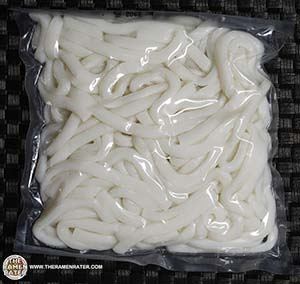 The noodle pouch. These noodles don’t need to be refrigerated, although you will find them in the cold section often. 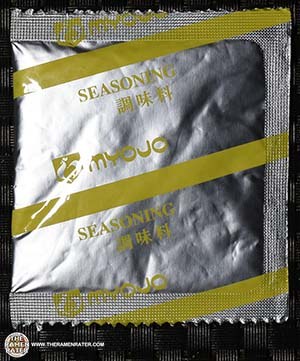 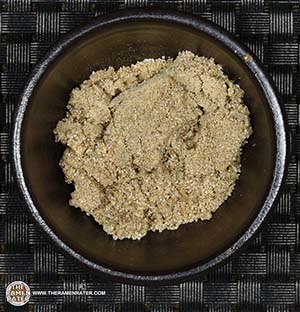 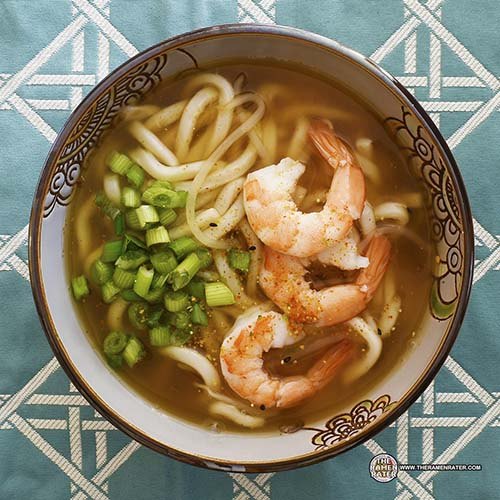 Finished (click to enlarge). Added spring onion, Salad Cosmo mung bean sprouts, shichimi togarashi and 31-40ct shrimp. The udon came out as expected – thick and chewy. The broth has a hot and sour taste. It leans towards the black vinegar kind of sour but not overly so. Moreover it has a bit of a bright crispness to it as well. Finally, the heat level is on the moderate end of the stick. 3.75 out of 5.0 stars. UPC bar code 011152036281.

Hot and Sour Flavor (Japanese Style Noodle with Soup Base) – 7.3oz by Myojo.

A noodle shop in Japan.