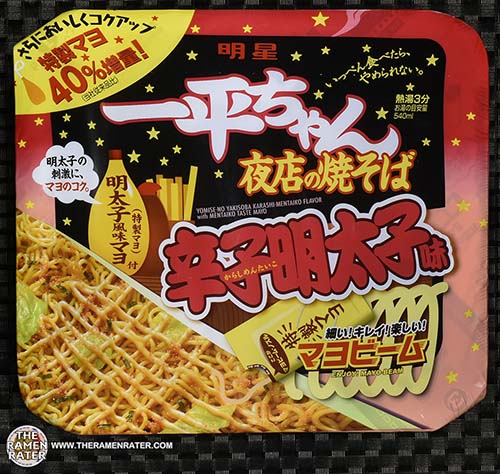 Here’s another one I found in Taiwan on my trip in November of 2016. Yakisoba is one of my favorites – and my wife Kit likes it quite a bit as well. As I’ve said before, I’m usually quite a few reviews ahead as normally I do two reviews a day but only post one. Right now It’s February 20th, 2017 and our new President Trump has only been in office for a month. I have to assure my friends from all over the world that indeed not all of us are rude and boorish as he is and respect other people’s rights. That being said, let’s talk more about this one!

This is a yaki soba with mentaiko and mentaiko flavored mayo. Here’s some info from Wikipedia about mentaiko:

Pollock roe, the salted roe of Alaska pollock, is a popular culinary ingredient in Japan, Korea, and Russia. In Korea, the roe of Alaska pollock is traditionally called myeongnan (명란), and the salted roe is called myeongnanjeot (명란젓). The food was introduced to Japan after World War II, and is called mentaiko (明太子) in Japanese. The milder, less spicy version is called tarako (鱈子) in Japan. In Russian, it is called ikra mintaya (икра минтая).

Yessir – fish eggs! They’re pretty common in Japanese foods. They’re bright and colorful and I like ’em! So let’s check out this mentaiko flavor instant yakisoba! 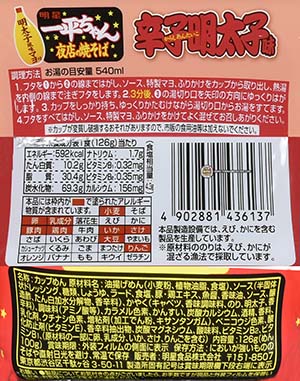 Detail of the side and bottom of the package (click to enlarge). 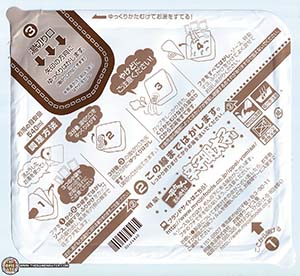 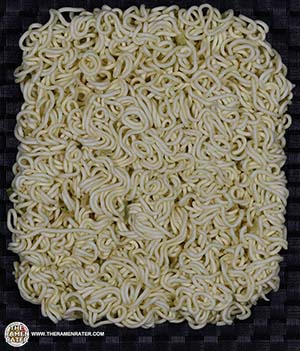 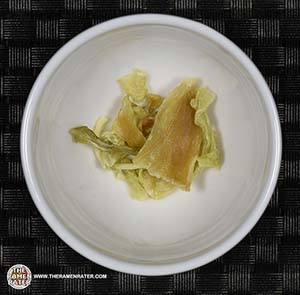 Some loose pieces in the tray. 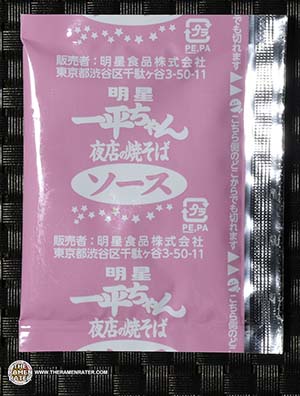 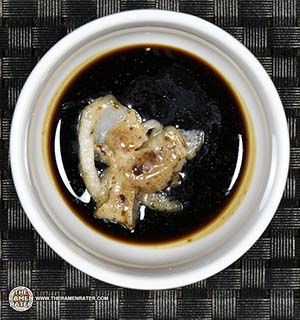 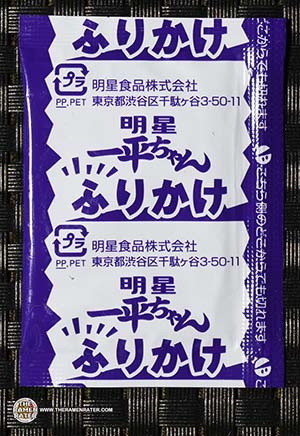 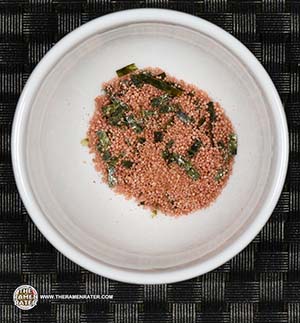 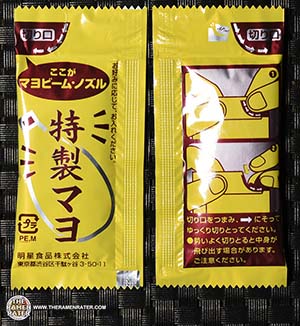 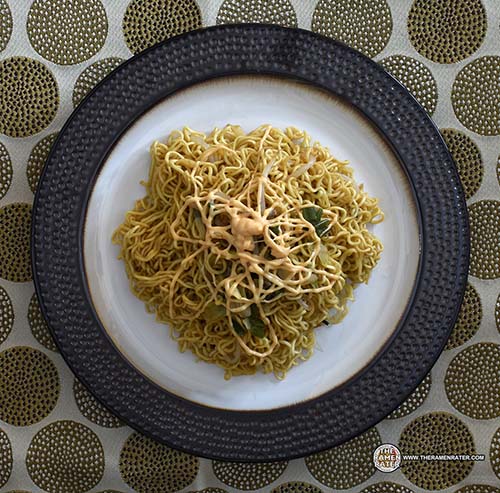 Finished (click to enlarge). Added spring onion and Salad Cosmo mung bean sprouts. The noodles have a nice chew and the sheer amount of them is pretty impressive. They have a nice slaty and oily taste with a bit of mentaiko throughout. The karashi masyo with mentaiko flavor is really good – also lubes up the noodles a little more. 4.5 out of 5.0 stars.  JAN bar code 4902881436137.