Here’s yet another leftover from the Nissin HK Meet The Manufacturer! This is a really large bowl and sounds pretty good! If you’re unsure about what Xo sauce is, here’s an excerpt from Wikipedia:

Developed in the 1980s in Hong Kong for Cantonese cuisine, XO sauce is made of roughly chopped dried seafoods, including scallops, dried fish and shrimp, and subsequently cooked with chili peppers, onions, and garlic. This dried seafood-based sauce bears similarity to the Fujianese Shacha sauce. Spring Moon, the Peninsula Hong Kong‘s Chinese restaurant, is often credited with the invention of XO sauce, although others claim the sauce’s origin in the urban area of Kowloon.[2] The name XO sauce comes from fine XO (extra-old) cognac, which is a popular Western liquor in Hong Kong and considered by many to be a chic product there. In addition, the term XO is often used in the popular culture of Hong Kong to denote high quality, prestige and luxury. In fact, XO sauce has been marketed in the same manner as the French liquor, using packaging of similar colour schemes.[3]

Detail of the side panels (click to enlarge). Contains seafood. To prepare, add in all but the liquid sachet and add boiling water to fill line. Cover for 3 minutes. Add in liquid sachet contents. Stir and enjoy! 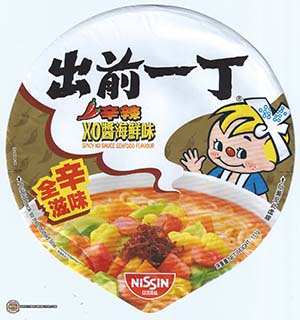 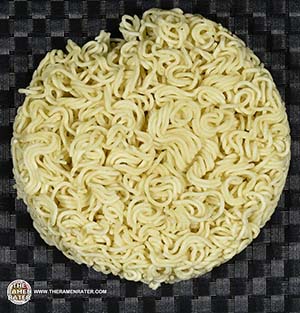 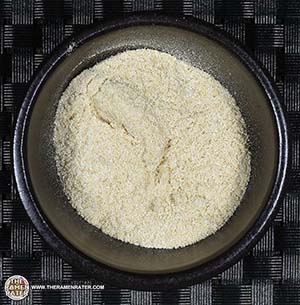 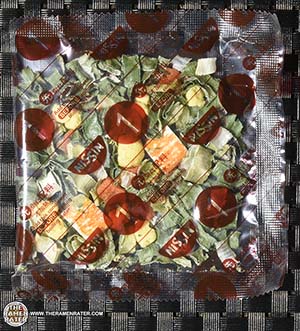 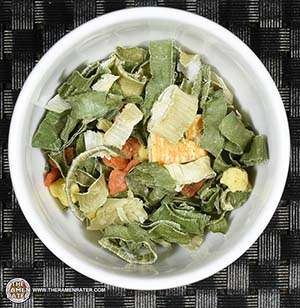 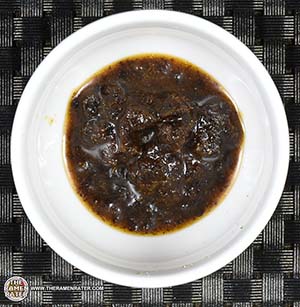 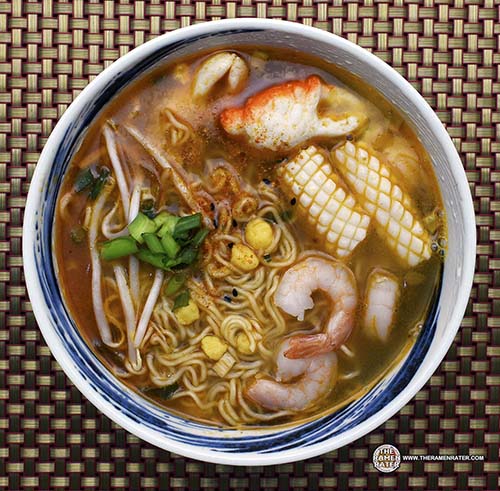 Finished (click to enlarge). Added Salad Cosmo mung bean sprouts, spring onion, shrimp, carved squid, crab claw fishcake and nanami togarashi. The noodles are thin and round with a nice chew and quantity. The broth has a nice taste a thickness – a seafood taste with a spicy note. The included additions like the egg hydrated very well and were enjoyable. 4.0 out of 5.0 stars.  EAN bar code 4897878120055.