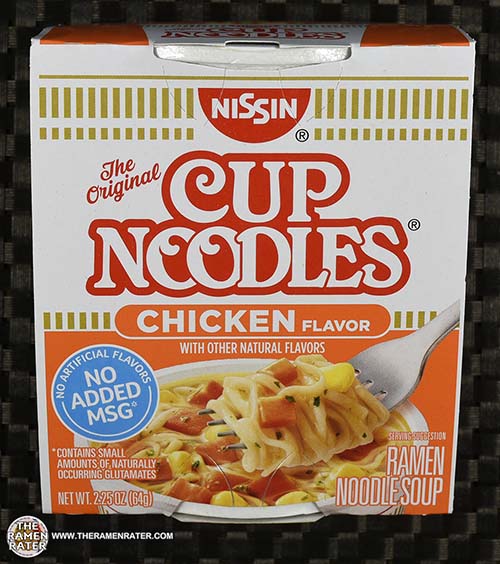 After a few decades, Nissin decided they wanted to make some changes to one of their flagship products here in the United States, Cup Noodles. They’ve lowered sodium and now there is no added MSG and no artificial flavors. I thought this was kind of interesting as last year they came out with these new cups, but it looks like they’re not available anymore. Let’s have a look at this iconic domestic instant noodle in a cup. 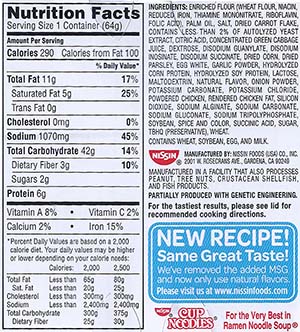 Detail of the ingredients panel (click to enlarge). Contains chicken. If you’re curious, here’s the nutrition facts from both the new recipe and old recipe so you can compare . 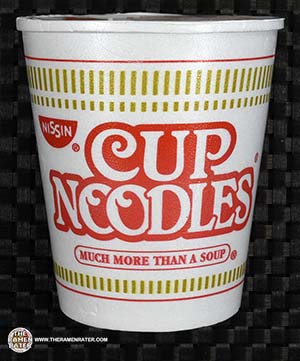 The foam cup in all of it’s glory. 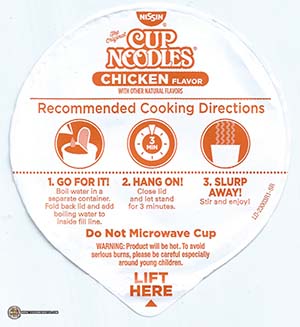 Detail of the lid (click to enlarge). Contains chicken. To prepare, DO NOT MICROWAVE THE CUP. DON’T DO IT. IF YOU DO, YOU WILL RECEIVE THE IRE OF THE RAMEN RATER. Open lid halfway and add boiling water to inside fill line. Cover. Let steep for 3 minutes. Stir and enjoy! AGAIN, DON’T MICROWAVE THE CUP! 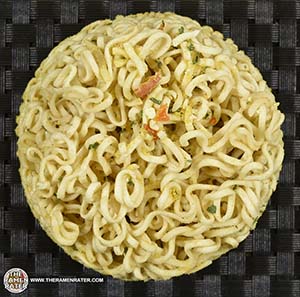 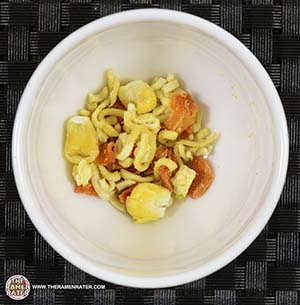 Some of the loose seasoning and vegetables. 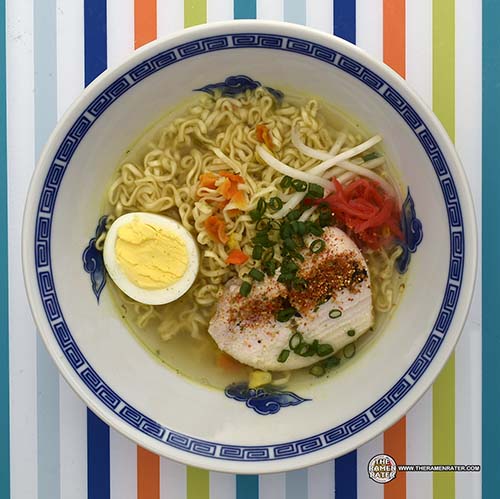 Finished (click to enlarge). Added Salad Cosmo mung bean sprouts, kizami shoga, spring onion, hard boiled egg, shichimi togarashi and chicken cooked sous vide style at 147°F for 135 minutes with Johnny’s Chicken & Pork seasoning. The noodles hydrated well and there were a lot of them. The broth was salty and chicken flavored – pretty good. The included vegetable bits hydrated perfectly and were of good quality. I tried these and the old version back to back recently. I found the new recipe’s noodle had a little less chewiness to them compared to the old recipe. I also noticed the flavor of the broth seemed to concentrate more on a mushroom base rather than chicken. When I sampled the noodles today without something to compare them to, I didn’t feel any of these things; they just tasted like a regular chicken Cup Noodles. 3.5 out of 5.0 stars.  UPC bar code 070662030035.

Nissin Foods hasn’t changed the recipe for Cup Noodles since their unveiling in 1971.