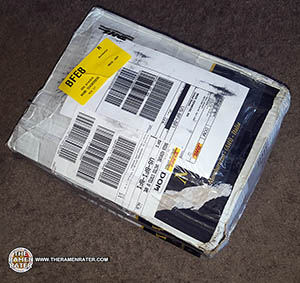 A little story. So a few weeks back, Nissin HK sent a package which got lost by the shipping company for some reason. I ended up getting a different package – an envelope that wasn’t supposed to come to me but addressed to me (weird). Well, Nissin HK was kind enough to send another package (which was the first Special Items From Hong Kong post). After quite a while, lo and behold the original package arrives! Apparently it ended up in Alabama. No clue how – but they tracked it down and got it back from whoever received it and sent it my way. So here it is – check it out – and thank you very much to Nissin HK!!! 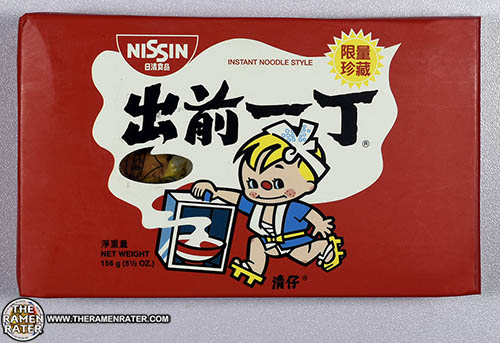 Hey I think I’ve had this before – it looks familiar… 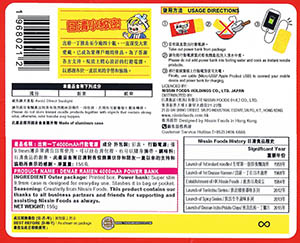 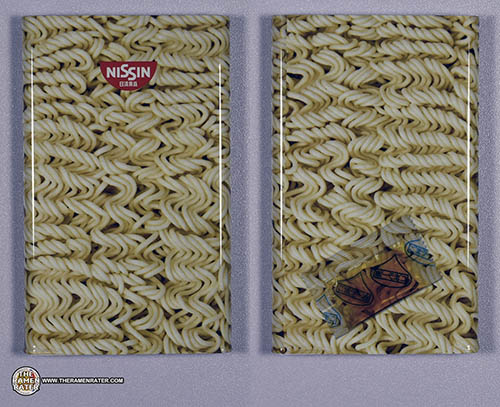 Finished (click to enlarge). What is it you ask? It’s a ‘power bank’ – one of those little things you charge up and then use to charge your phone with! Here’s the front and back – really like the little sesame oil sachet! 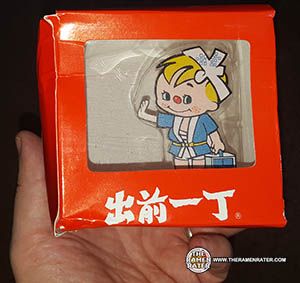 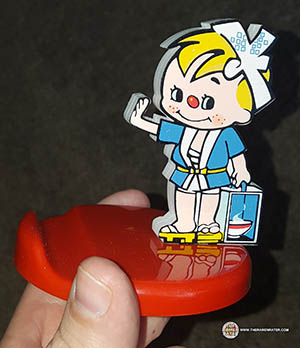 Ah (click to enlarge)! I think you put your cellphone on it! 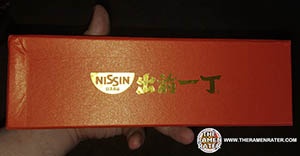 Finally (click to enlarge), another bath robe for at the beach! Thank you so much!