On Friday, I conducted a little experiment: let’s have a look at what happens when we look at 6 months of images from instagram that have the hashtag #topramen. What I found were many comparisons of instant noodles to hair, mentions of poverty and many images of what people liked to pair with their instant noodles.

Here are just a few of the imasges I found where instant noodles and Flamin’ Hot Cheetos were paired. I thought this a very interesting phenomena, so I figured I ought to see what happens when I unite the two in The Ramen Rater HQ. 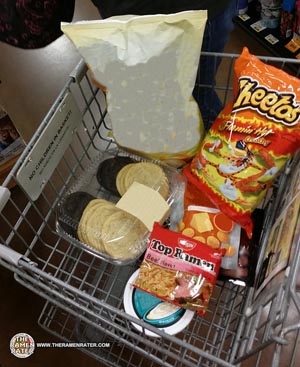 Off to the store. As you can see, we got beef Top Ramen and this was the smallest bag of Flamin’ Hot Cheetos we could find at the store. I’ll go over both of these products individually, starting with the Top Ramen. Then I’ll put them together. Let us begin. 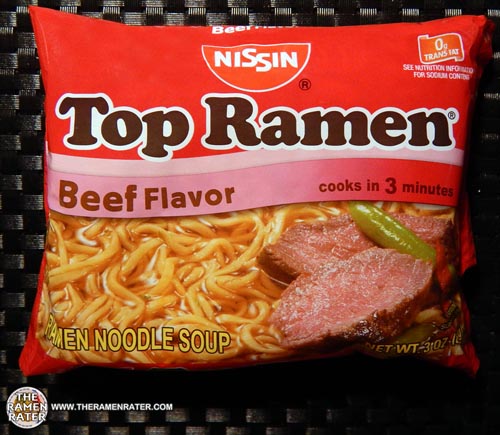 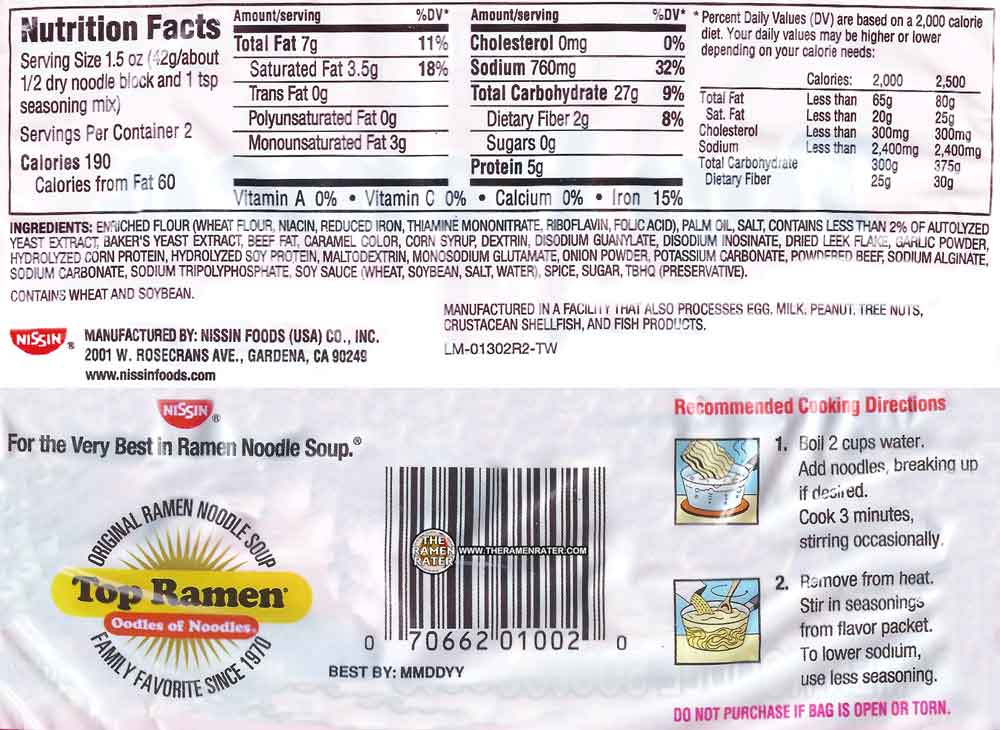 Here is the back of the package (click image to enlarge). Contains beef fat. To prepare, add noodle block to 2 cups of boiling water and cook for 3 minutes, stirring occasionally. Add in contents of soup base sachet and stir. Enjoy! 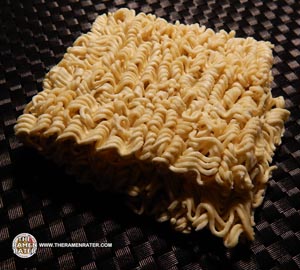 Here’s the noodle block. You may notice that it looks like a sandwich; like it’s folded over. That’s actually exactly right – at a point in the production process, lengths of instant noodles are cut and folded over before being fried. 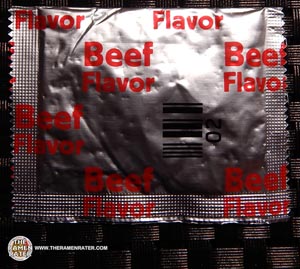 The iconic domestic soup base sachet. 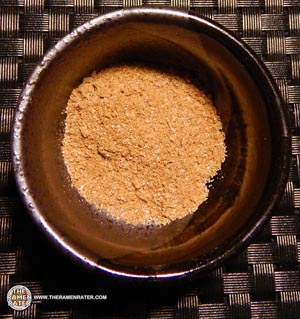 The powder is light and granular with a beef scent. 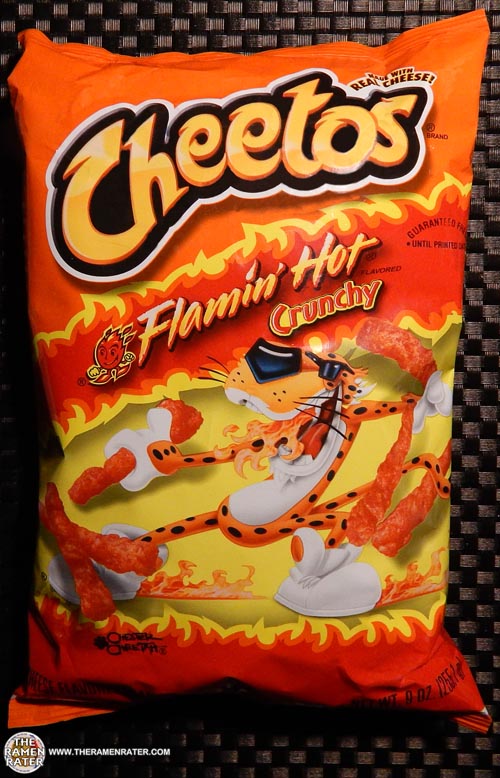 Here we have the Flamin’ Hot Cheetos. Did you know not too long ago, the packages were labeled as Chee-tos? The hyphen was removed at some point; probably a product of popular culture omitting it. 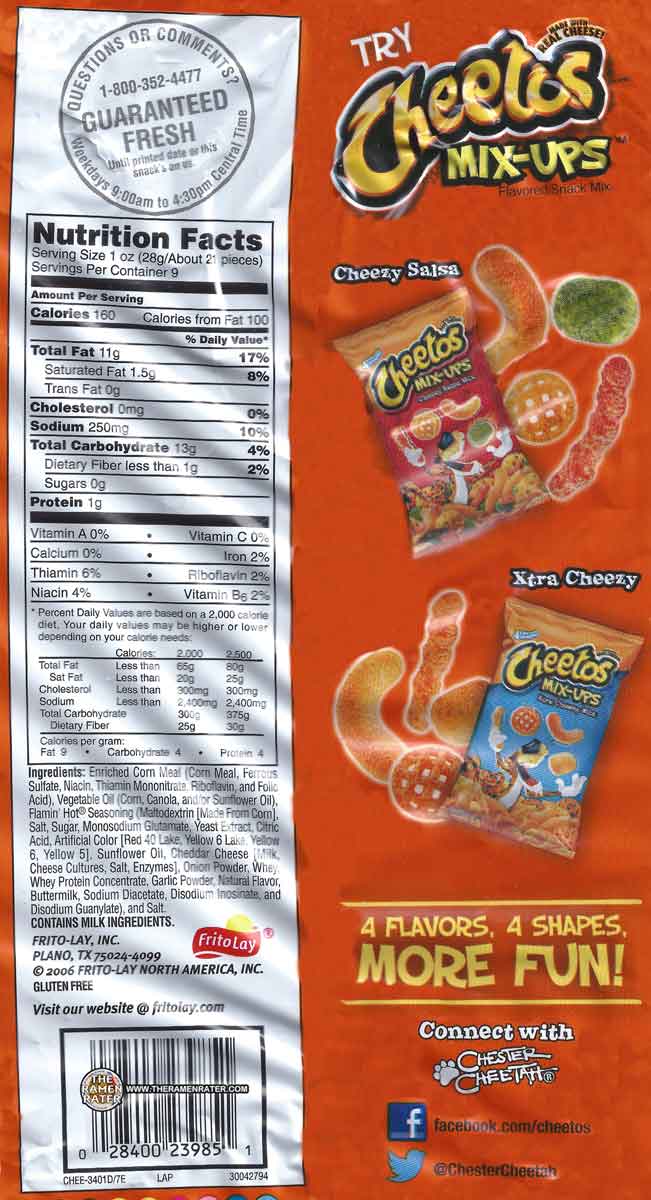 The back of the packaging (click image to enlarge). Contains milk products as well as corn. To prepare, open bag. Enjoy! 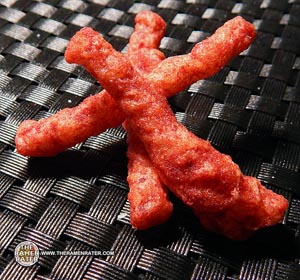 Here are Flamin’ Hot Cheetos as they appear ready to be eaten. 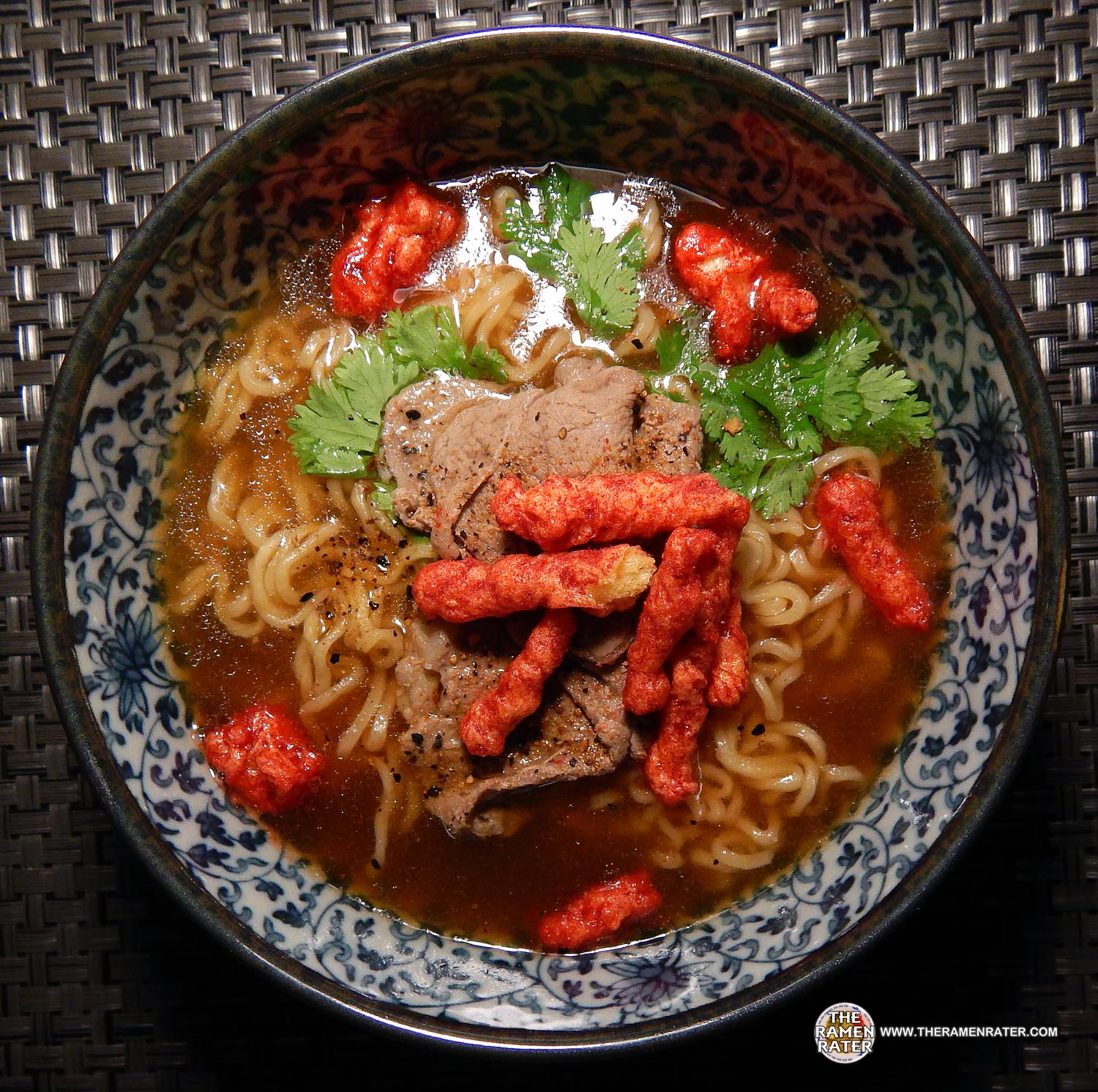 Finished (click image to enlarge). Added Flamin’ Hot Crunchy Cheetos, beef, cilantro and Jane’s Krazy Mixed Up Pepper. So – what’s the upshot? Well, Cheetos of the Flamin’ Hot ilk definitely go nicely here – I would wager the Flamin’ Hot Lime ones would do great too. If you eat the Cheetos right away, they add a nice crunch, however they become soggy rather quickly. The sogginess isn’t a downside though – in fact, it flavors the broth nicely. But wow – really? This is some kind of crazy late night drunken stupor abomination you’d only find here in the United States, right? Actually, not really. 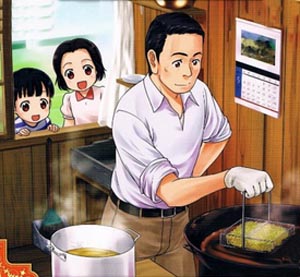 First off, the instant noodle and the ‘Cheeto’ have something in common. Being fried. In the story of how the instant noodle was invented, it is said that Momofuku Ando tried for weeks to figured out how to make a quick cooking block of noodles. It was when he saw his wife making tempura that he realized that by frying the tempura batter, it extrude the water from the batter. When you think about it, the ‘Cheeto’ is a cousin of tempura – just with corn meal instead of wheat flour being the main ingredient. 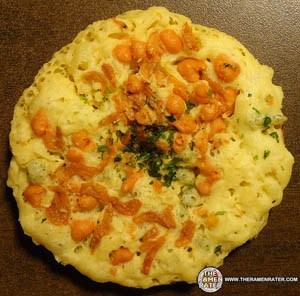 But tempura in instant noodles? Sure thing! This is a disc of tempura from re view #976: Nissin Donbei Tensoba (Tempura Soba).

Here are my conclusions from this case study:

Look for more case studies in the future!