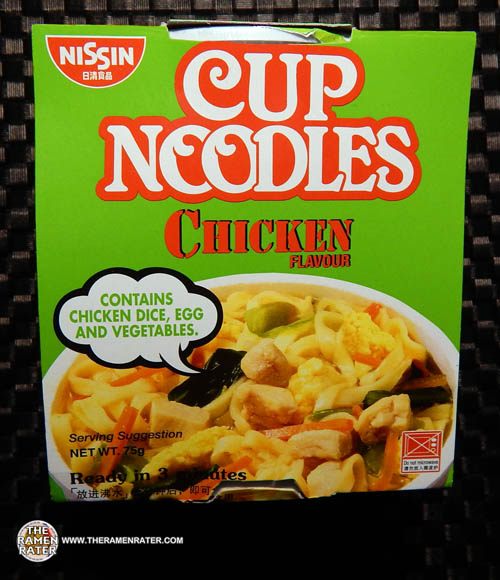 Cup Noodles are made by Nissin in all sorts of varieties worldwide. They make them specifically for different regions – the ones for sale in India have an Indian taste; ones in Brazil have flavors that appeal to Brazilians. One flavor that is kind of universal is chicken. I would guess that every country has some kind of well known chicken dish. I wonder if they have chicken in Antarctica? I guess it would be freeze-dried and imported. Is Antarctica even inhabited? Maybe wikipedia will know…

Several governments maintain permanent manned research stations on the continent. The number of people conducting and supporting scientific research and other work on the continent and its nearby islands varies from about 1,000 in winter to about 5,000 in the summer, giving it a population density between 0.00007 inhabitants per square kilometre (0.00018 /sq mi) and 0.00035 inhabitants per square kilometre (0.00091 /sq mi) at these times.

Wow that’s not many… But is it a country?

Antarctica has no government, although various countries claim sovereignty in certain regions. While a few of these countries have mutually recognized each other’s claims,[73] the validity of these claims is not recognized universally.[1]

New claims on Antarctica have been suspended since 1959 and the continent is considered politically neutral. Its status is regulated by the 1959 Antarctic Treaty and other related agreements, collectively called the Antarctic Treaty System. Antarctica is defined as all land and ice shelves south of 60° S for the purposes of the Treaty System. The treaty was signed by twelve countries including the Soviet Union (and later Russia), the United Kingdom, Argentina, Chile, Australia, and the United States.[74] It set aside Antarctica as a scientific preserve, established freedom of scientific investigation and environmental protection, and banned military activity on the continent. This was the first arms control agreement established during the Cold War.

It doesn’t look likely that there will be an Antarctic Cup Noodles version coming out any time soon. But then again, you never know – there aren’t a whole lot of people who reside in outer space, but Nissin invented ‘Space Ram’ noodles for an astronaut in 2005! Here’s a snippet from the WINA (World Instant Noodle Association) website:

Another of Momofuku Ando’s achievements was the development of Space Ram, the first noodles to be consumed in outer space. After NASA’s stringent quality and safety check, the product was carried into space by Japanese astronaut Soichi Noguchi aboard the Space Shuttle Discovery in July 2005. Space Ram are based on technology developed over many years, including systems to prevent the noodles and soup from escaping in zero gravity. Having spread throughout the world, instant noodles have now carried his ideals into space.

Alright so there’s your lesson on Antarctica and instant noodles in space! Let’s check out these chicken Cup Noodles from Singapore! 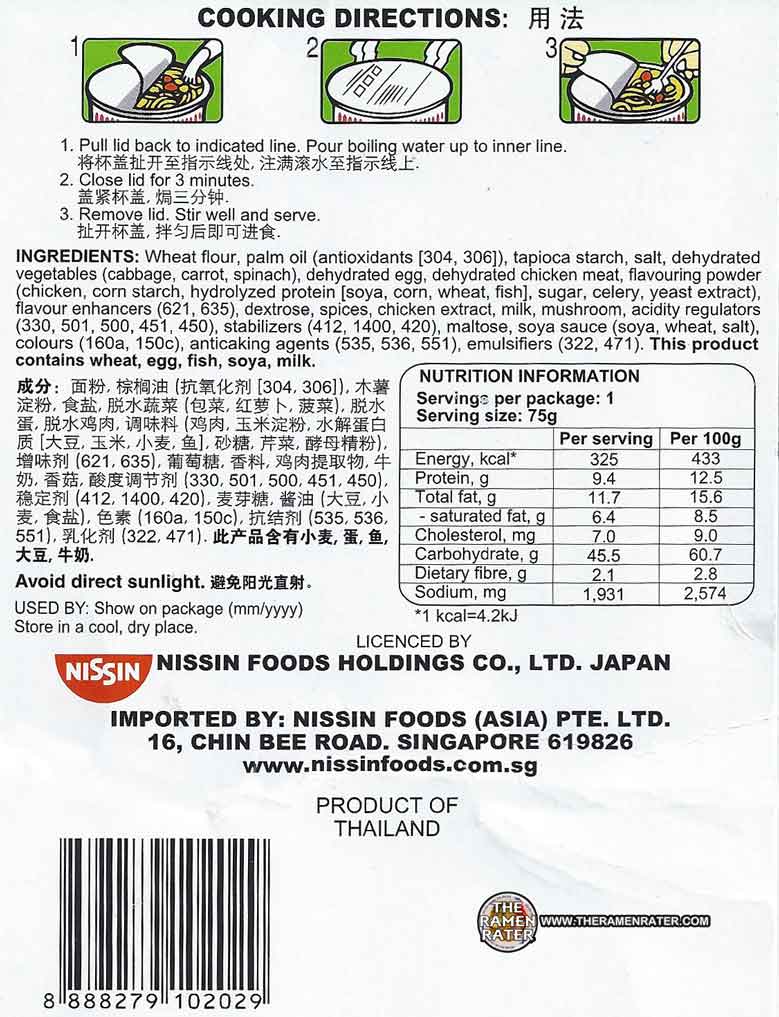 Here’s the back of the cardboard outer (click image to enlarge). Contains egg and chicken. To prepare, add boiling water to line. Cover and steep for 3 minutes. Stir well and enjoy! 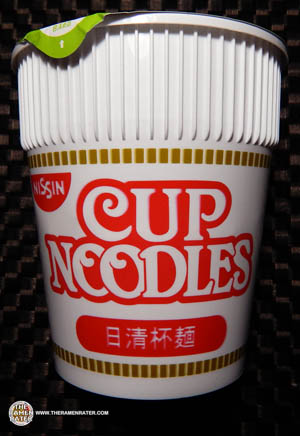 Here’s the cup, unobstructed by the cardboard outer. 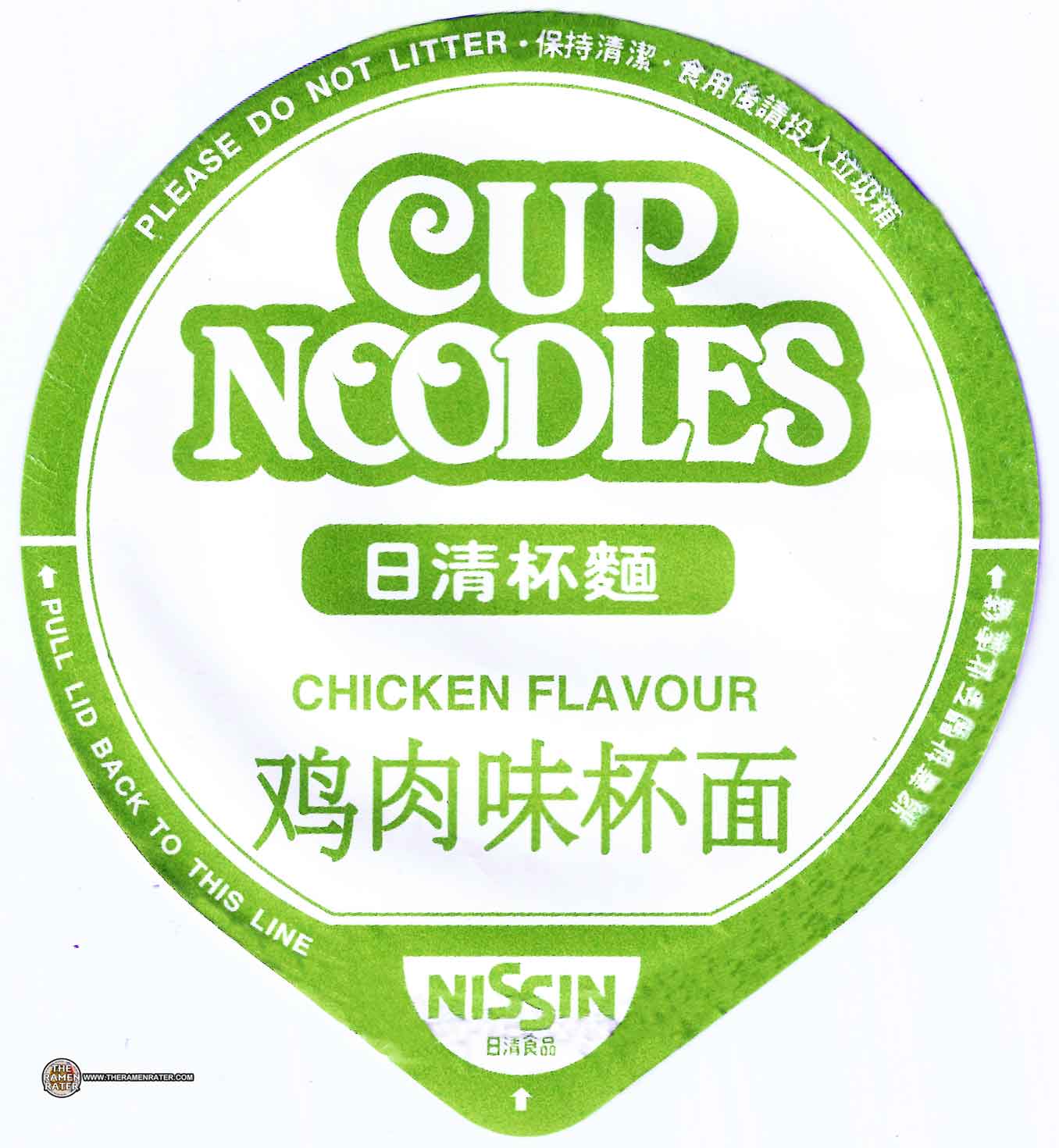 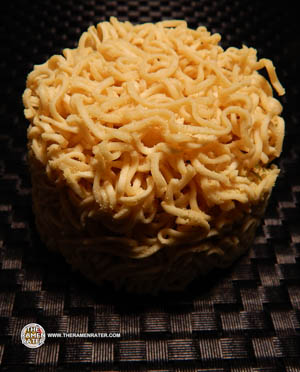 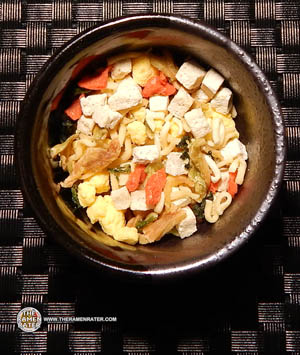 Here are some of the loose bits from the cup – diced chicken, vegetables and egg. 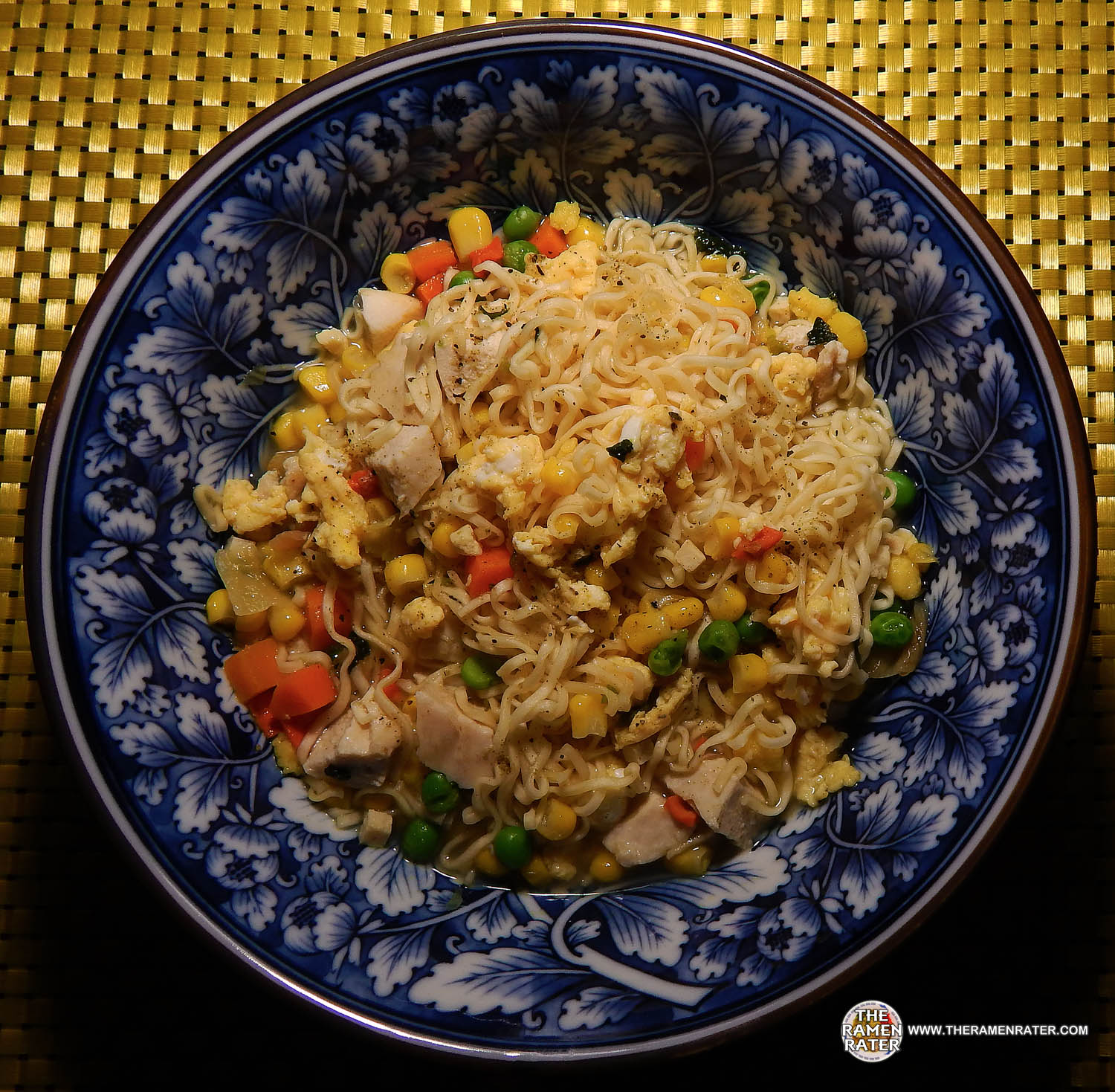 Finished (click image to enlarge). Added grilled chicken, corn, carrots, peas, scrambled egg with Cajun Power Spicy Garlic Chilli Sauce, and some Jane’s Krazy Mixed Up Basil Seasoning. The noodles are of the Cup Noodles gauge and feel – thin and tasty and well-hydrated. The broth has a nice chicken flavor, and the supplied egg, chicken and veggies were of decent quality as well as quantity. 3.5 out of 5.0 stars. EAN bar code 8888279102029.

Here’s what we find here in the United States – Cup Noodles Chicken!

Here’s a video of a trip to the Momofuku Ando Instant Noodles Museum in Japan. One of my dreams is to visit Japan and come here.