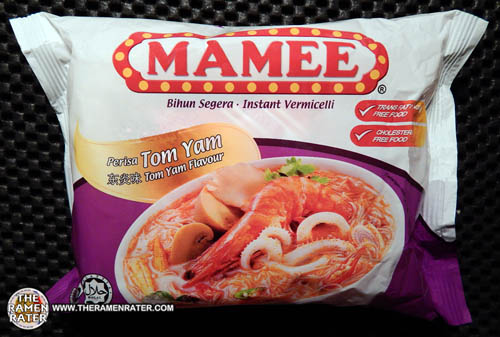 I felt like something seafood today and thought this would fit the bill. One thing I’ve always wondered about – so what’s the difference between Tom Yam and Toom Yum, if any? Here’s what Wikipedia had to say about it:

Tom yum or tom yam (Lao: ຕົ້ມຍຳ [tôm ɲam]; Thai: ต้มยำ, [tôm jam]) is a spicy clear soup typical in Central Thailand. Tom yum is widely served in neighbouring countries such as Malaysia, Singapore and Indonesia, and has been popularised around the world.

Literally, the words “tom yum” are derived from two Tai words: “tom” and “yam”. “Tom” refers to boiling process, while “yam” refers to a kind of Lao and Thai spicy and sour salad. Thus, “tom yum” is a Lao and Thai hot and sour soup. Indeed, tom yum is characterised by its distinct hot and sour flavours, with fragrant herbs generously used in the broth. The basic broth is made of stock and fresh ingredients such as lemongrass, kaffir lime leaves, galangal, lime juice, fish sauce, and crushed chili peppers.

In neighbouring countries like Singapore, Malaysia and Indonesia, the name tom yum is used widely for various spicy soups which can differ greatly from true Lao and Thai tom yum soup. As a result, people are often confused by the disparities.

Commercial tom yum paste is made by crushing all the herb ingredients and stir frying in oil. Seasoning and other preservative ingredients are then added. The paste is bottled or packaged and sold around the world. Tom yum flavoured with the paste may have different characteristics from that made with fresh herb ingredients. The soup often includes meats such as chicken, beef, pork, or shrimp.

So basically, it’s just a difference in spelling, not a different dish. Well that’s good to know. I must say it’s a little funny how they’re saying in the article that in Malaysia it’s spelled tom yum; I’m looking at a package saying tom yam. Well, regardless, I’m hungry and ready for some noodles! 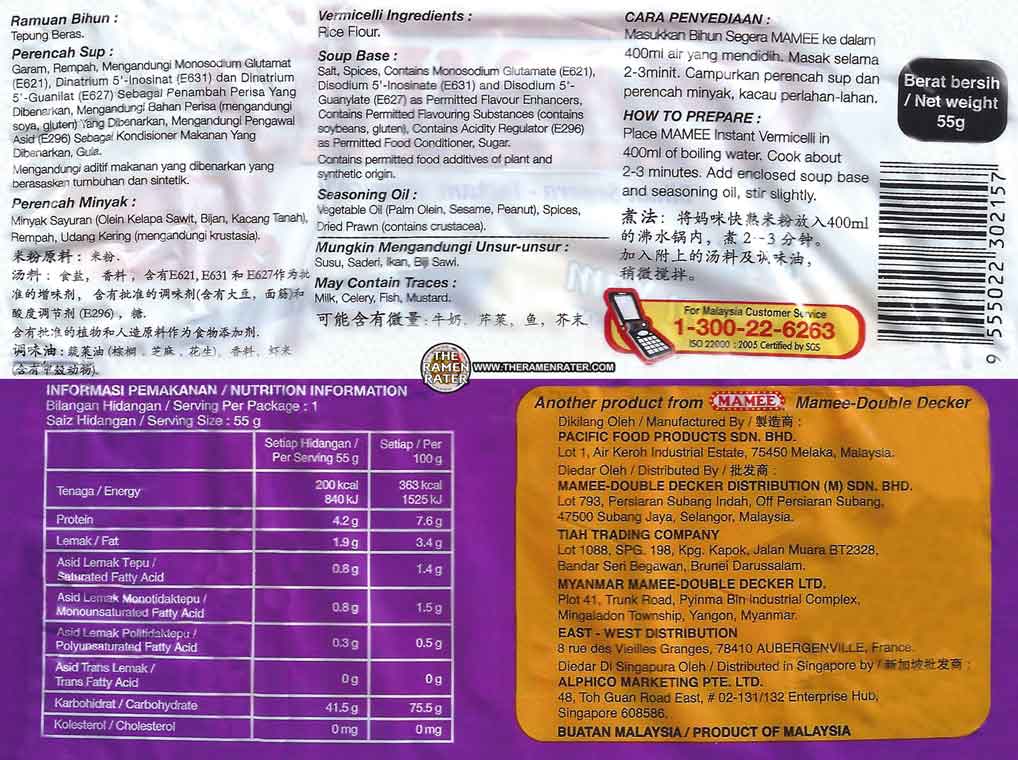 Here’s the back of the package (click image to enlarge). Contains dried prawn. To prepare, cook the noodle block in 400cc of boiling water for 2-3 minutes, then add contents of seasoning sachets. Enjoy! 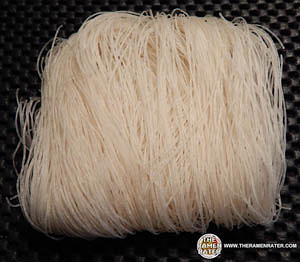 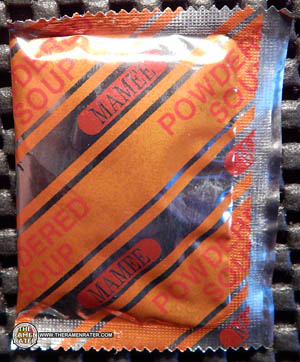 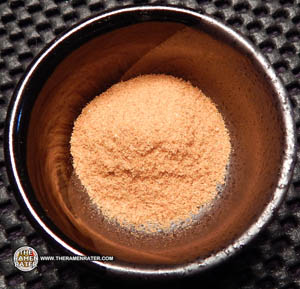 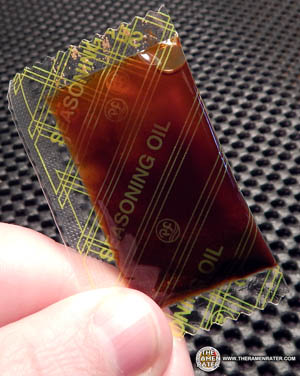 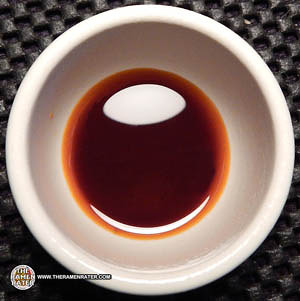 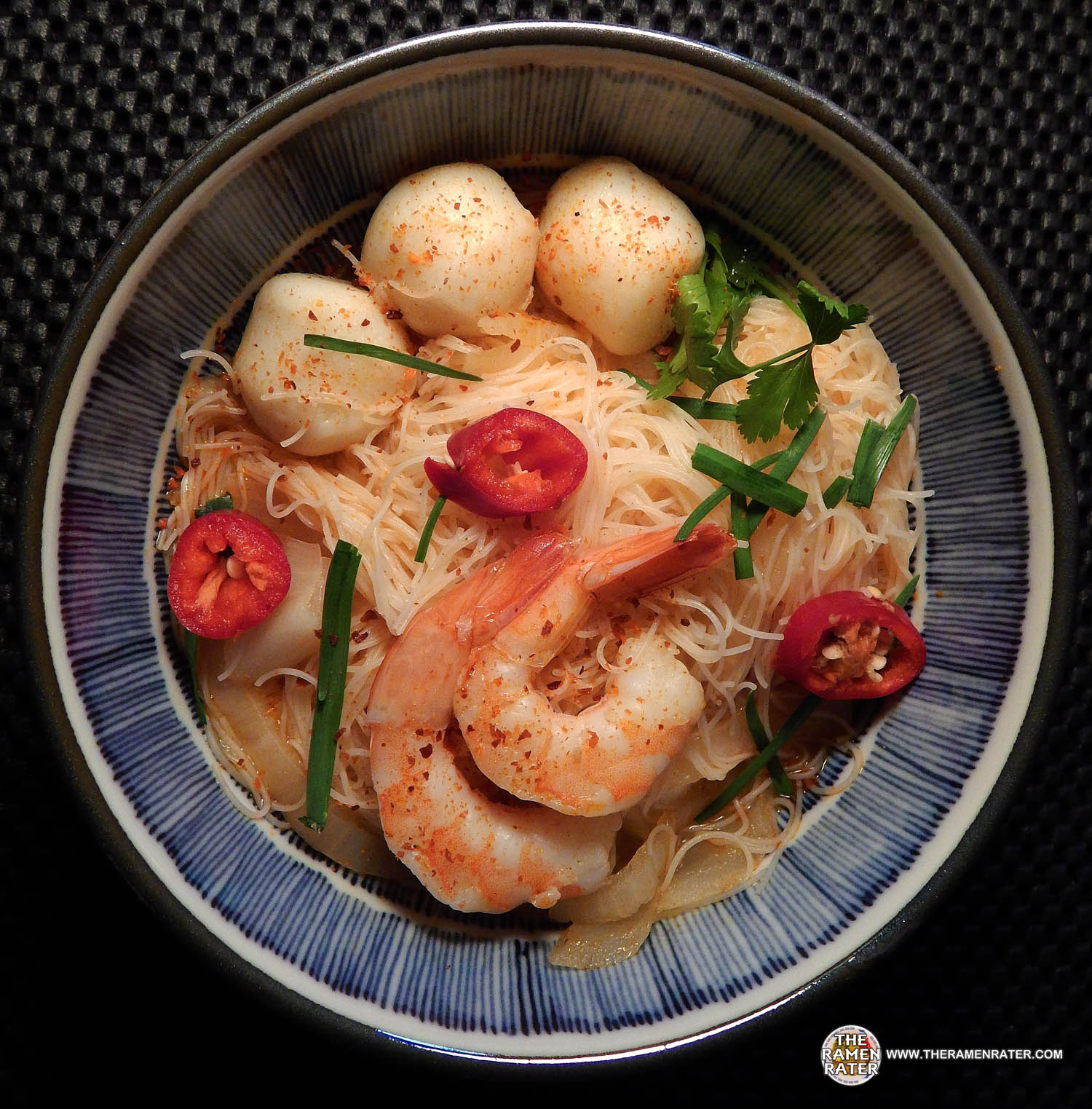 A short video about Mamee Double-Decker.