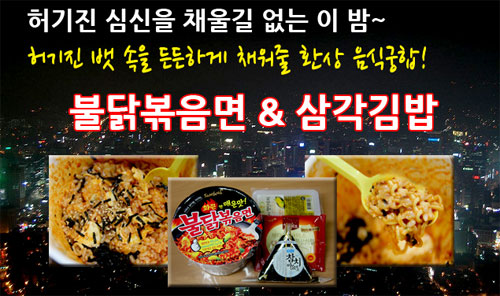 I saw a recipe that sounded interesting a few weeks ago, and decided I wanted to try it. The issue: I only had one bowl of Samyang Foods’ Budalk Bokkumyeon, a fiery and spicy fest whose close relative the package version made the Top Ten Spiciest Instant Noodles Of All Time 2013 list. I emailed Samyang Foods about it and they kindly sent some as well as some other new varieties. 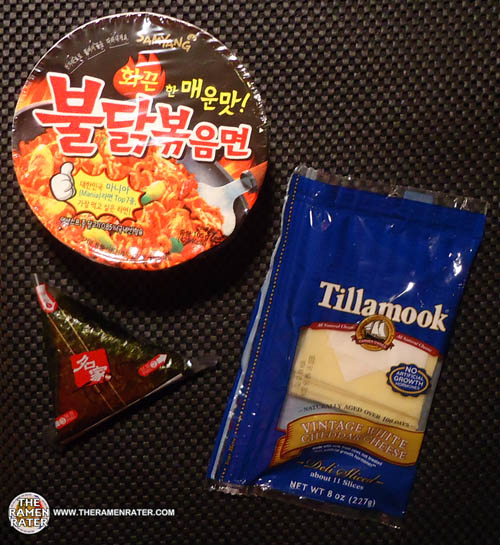 Here’s everything I’ll be using. 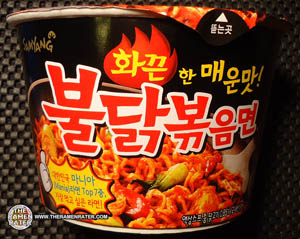 It’s hot and spicy, but the additions to it will cool it down a bit.

If you haven’t seen these, inside the wraps are triangle shaped rice with tunafish in the middle. You can find them at most South Korean grocery stores along with kimbap that comes in a roll which looks a lot like sushi. 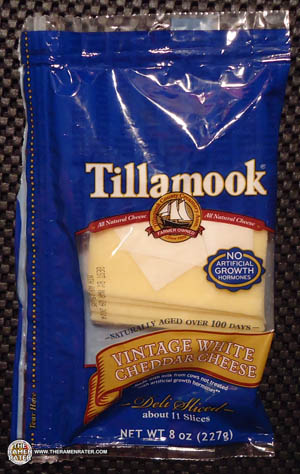 I was told that most cheddar cheese in South Korea tends to be white in color, so thought I’d go with a white cheddar. 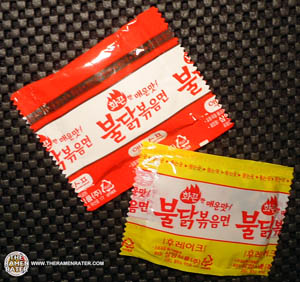 1. Prepare the noodle bowl by removing the two sachets and adding boiling water. Poke holes in the top to drain off the water after a few minutes (except for about two tablespoonfuls). The red sachet is the spicy sauce that is stirred in with the noodles which the other contains sesame seeds and short pieces of seaweed.

2. Once the noodles are drained, add the sauce and stir – a lot! Get everything combined well. 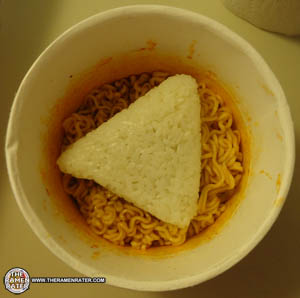 3. Drop the triangle kimbap on top and them combine it with the noodles – it breaks up pretty easily. Add some cheese on top and the contents of the sesame seed and seaweed sachet. 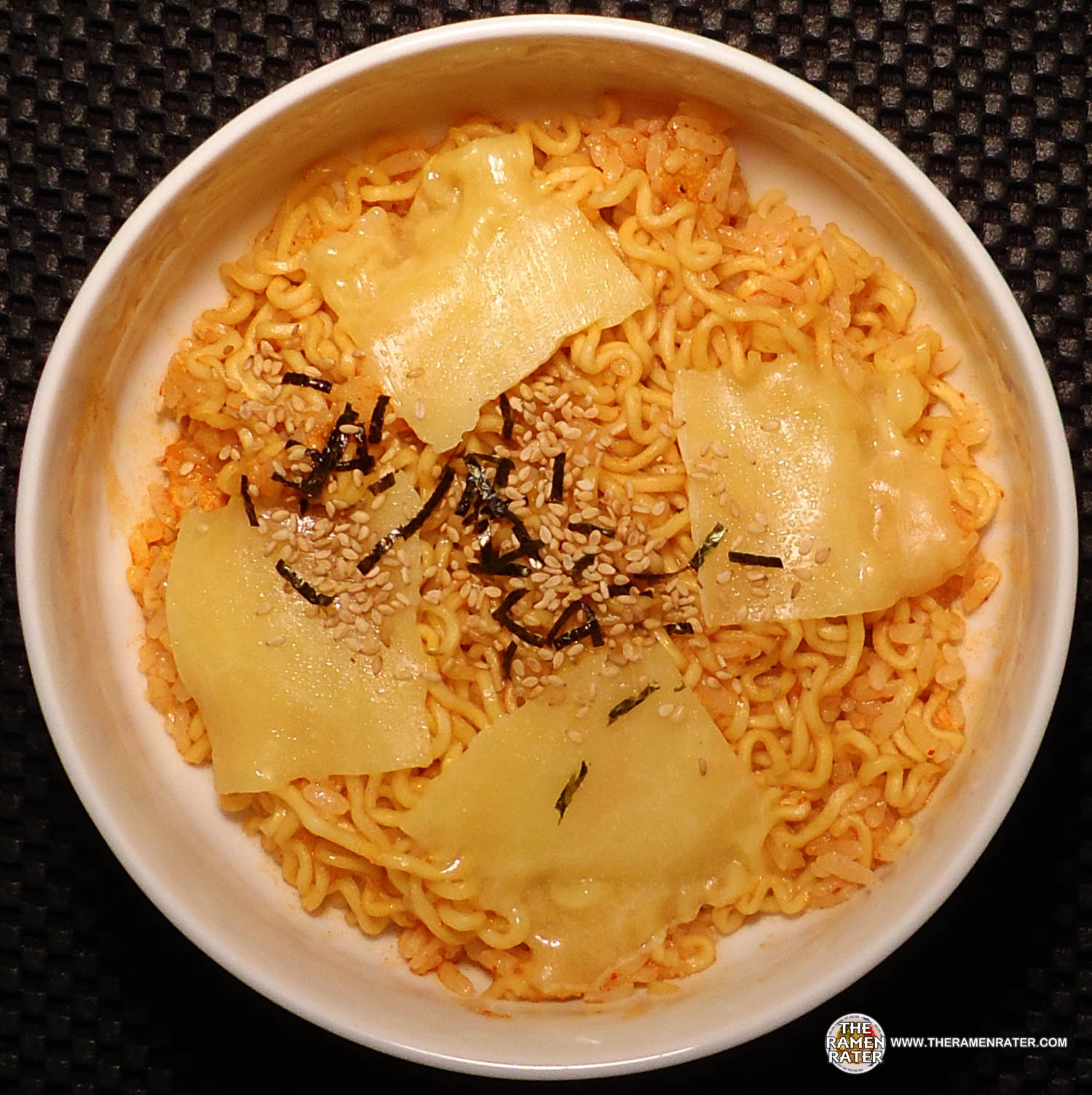 Finished (click image to enlarge). The kimbap and cheese chill out the extreme heat of the Budalk Bokkumyeon. You can also add yellow radish to cool it down even more. Thanks to the folks at Samyang Foods for sending me what I needed to try this out! I’ll be doing a review of the bowl itself very soon!