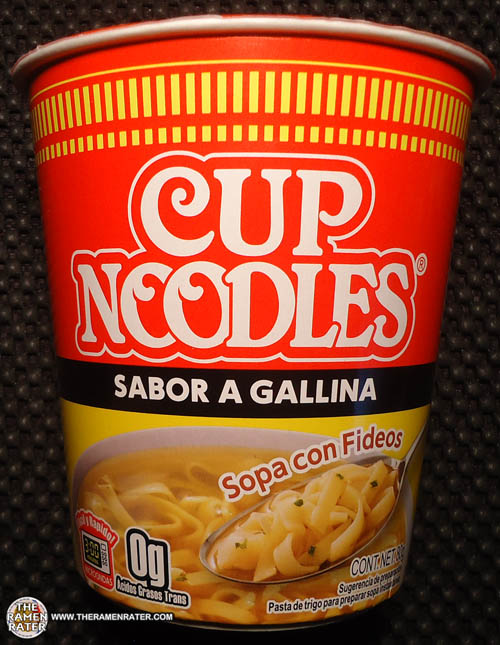 Here’s another one of the new varities available in Colombia. Gallina means hen
and from what I was told by Hector C. from Panama (who lives in Costa Rica) that
it is kind of like the veal of chicken ; young hen. I researched a bit online and
found a few recipes for soups from Colombia mentioning Gallina. Wikipedia had
this to say of the Colombian variety of ‘Sancocho:’

Sancocho is a traditional food in Colombia made with many kinds of meat (most commonly
pollo (chicken), gallina (hen), pescado (fish), and cola (ox tail)) along with large
pieces of plátano (plantain), papa (potato), yuca (cassava) and/or other vegetables
such as tomato, scallion, cilantro, and mazorca (corn on the cob), depending on the
region. Some even top it off with fresh cilantro, onion and squeezed lime– a sort of
“pico de gallo”, minus the tomato; it is also usually served with a plate of white
rice on the side, which is usually dipped in with each spoonful of soup.

Let’s check it out! 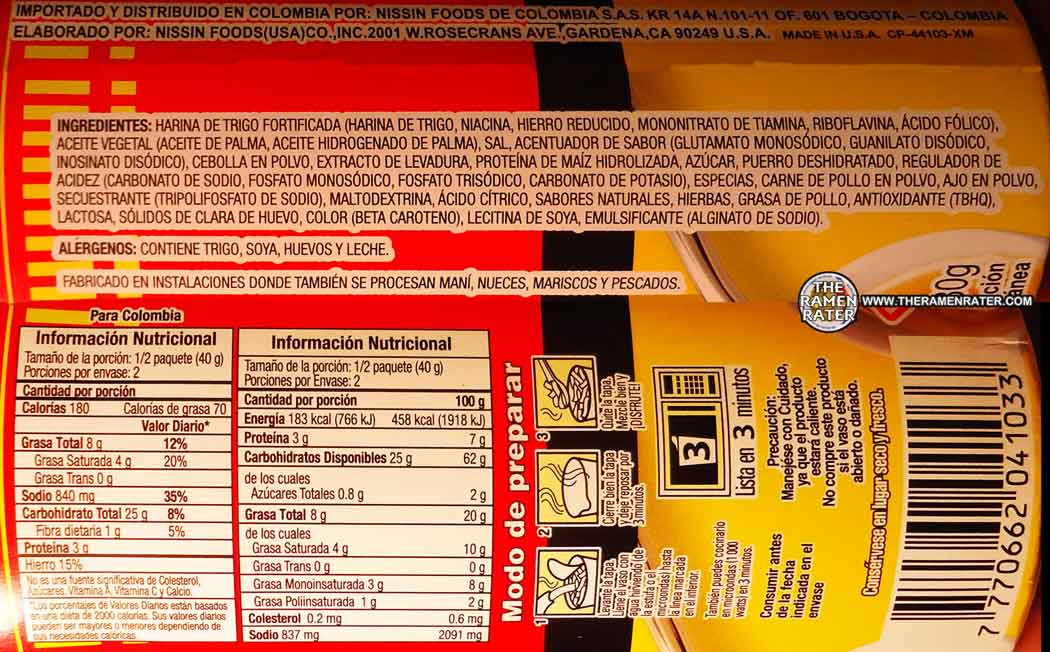 Here’s the side panels (click image to enlarge). Looks to contain meat. 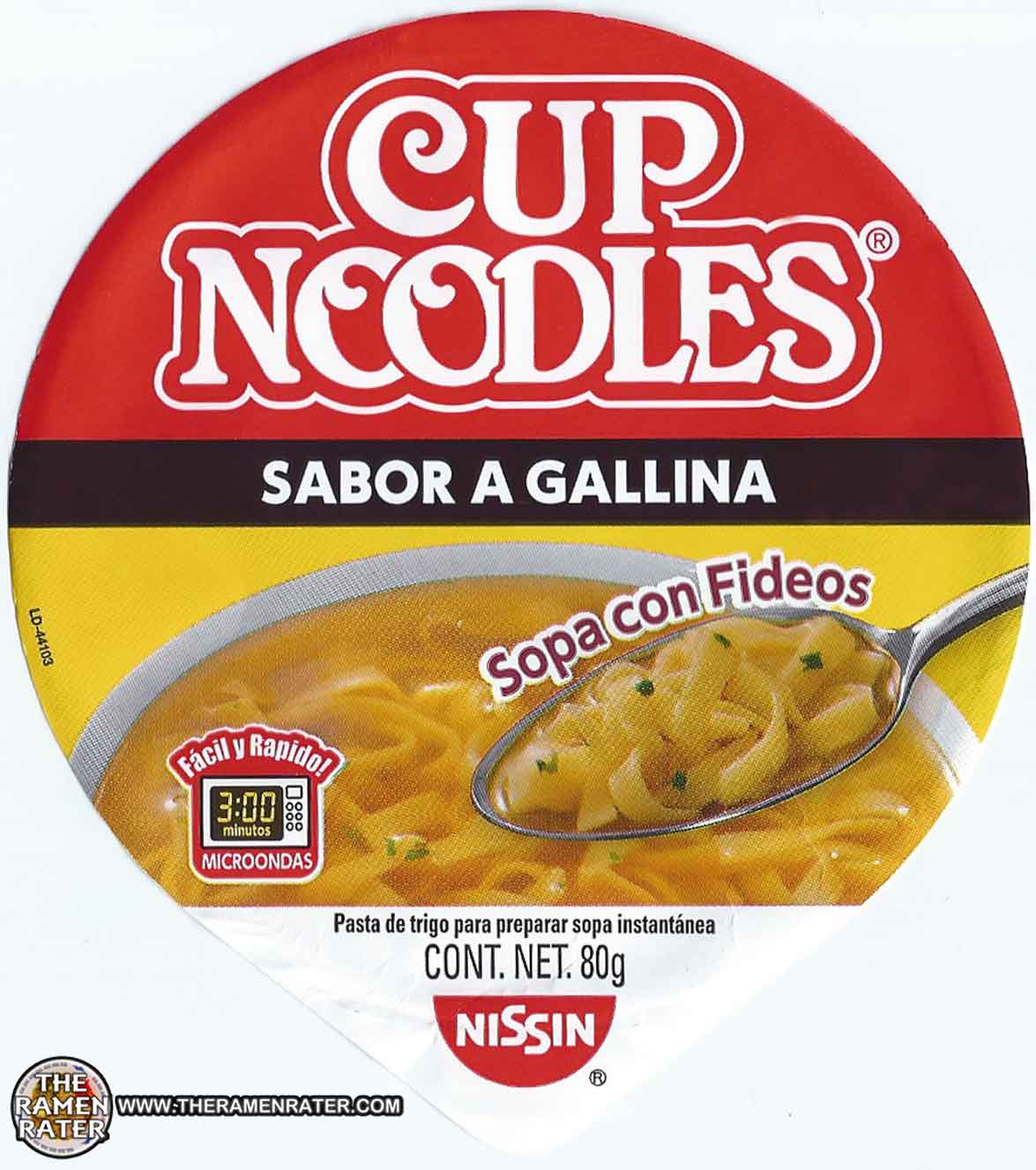 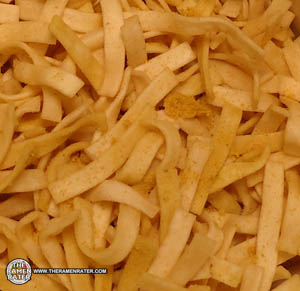 The noodles are short and infused with the seasoning. 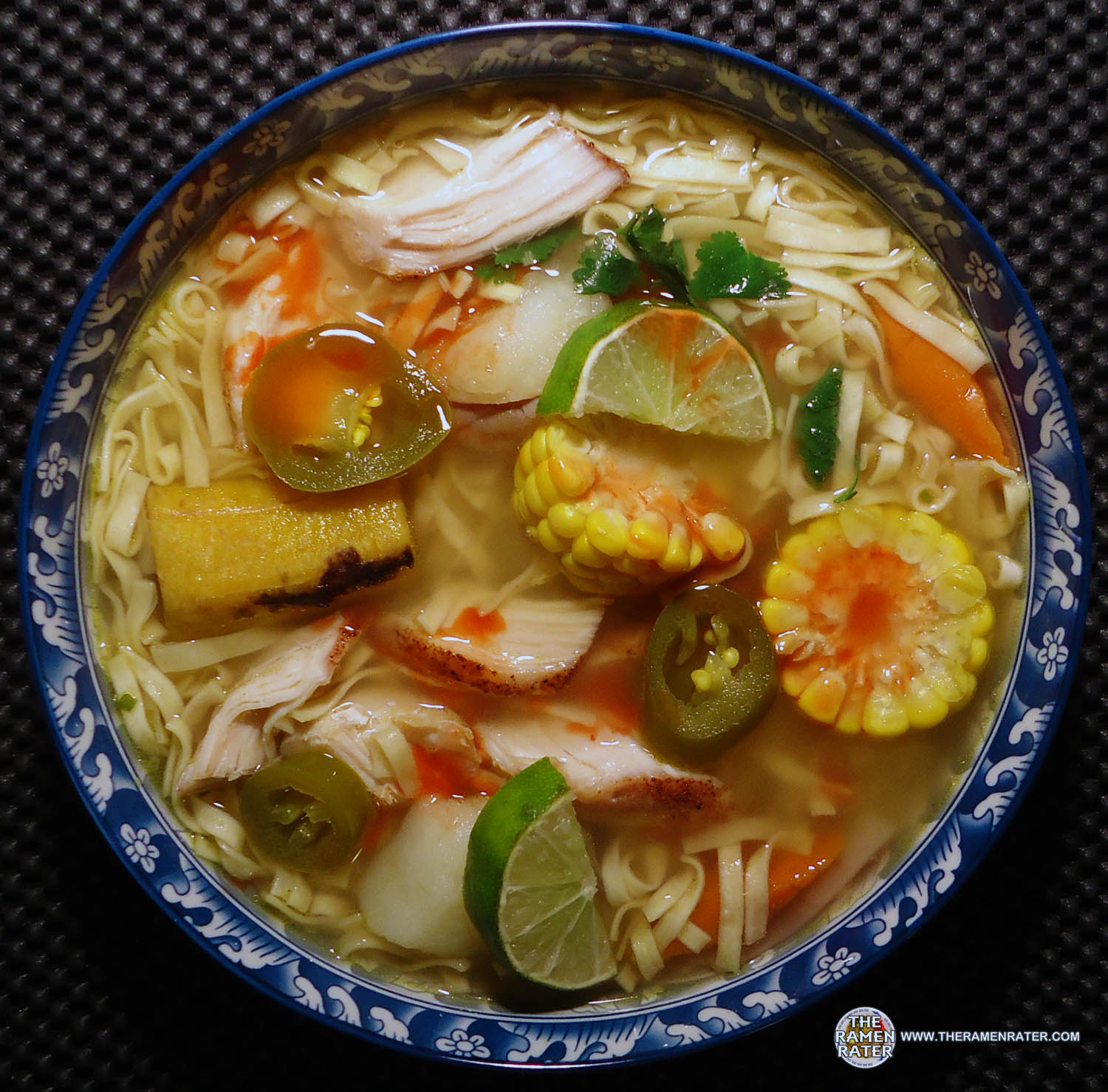 Finished (click image to enlarge). Added baked chicken with Mexcene seasoning,
jalapeno, plantain, red potatoes, cilantro, carrot, corn on the cob, lime wedges
and Ashanti hot sauce. The noodles are short and broad. The have a nice texture.
The broth has a rich chicken flavor and is slightly oilier than others and works
well. 3.5 out of 5.0 stars. UPC bar code 7770662041033.

Here’s a chef creating a delicious looking batch of Sancoccho – check it out!