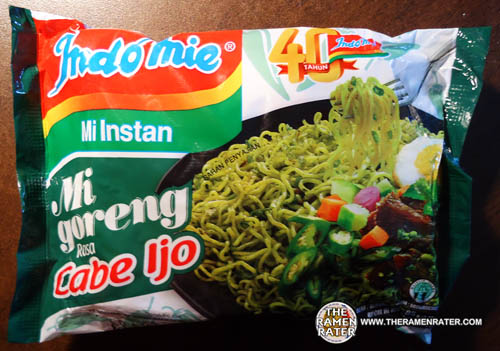 Well folks, this has been a long time coming. Indofood tried sending some, but it got snagged in customs around Christmas 2012, and then a reader from Indonesia sent a big pack of varieties and this was in the package – which we both thought wouldn’t make it, but it arrived via seamail after a sixty-six day journey. This is going to be a neat review – it’s supposed to be ultra hot and spicy! Not only that, it’s supposed to be green! Their press release says it “draws inspirations from the traditional food of Padang that has been a popular delicacy among Indonesians.” Let’s check it out! 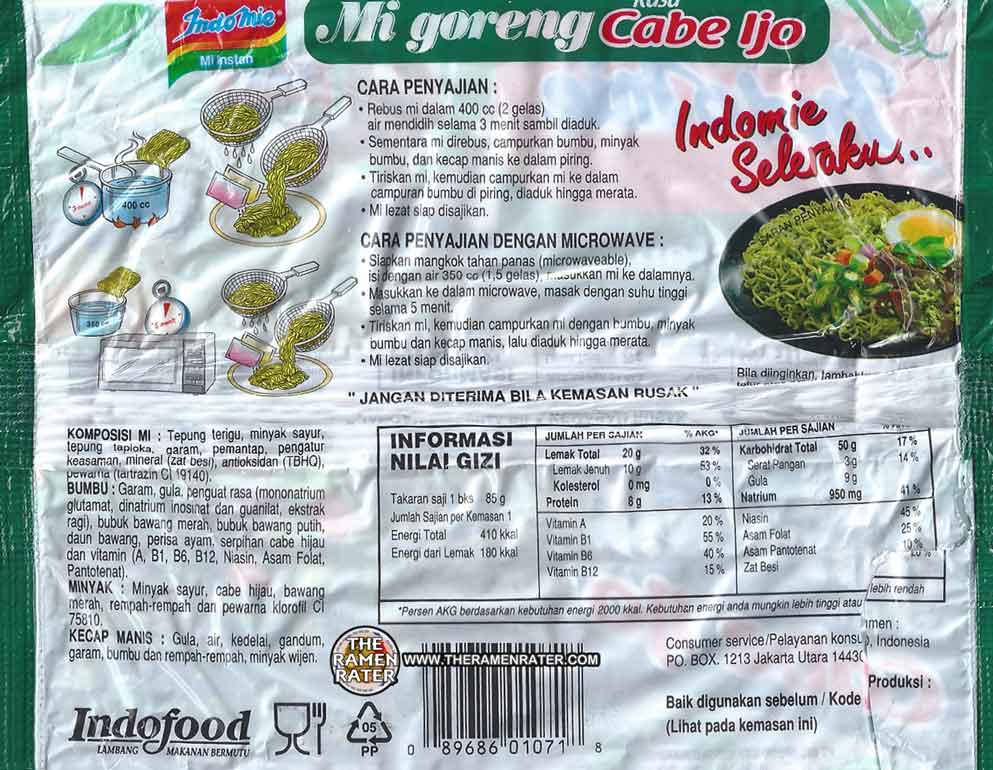 The back of the package (click image to enlarge). May contain meat. 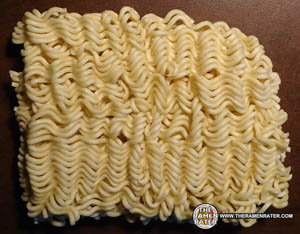 The noodle block. Did pretty well what with its long journey. 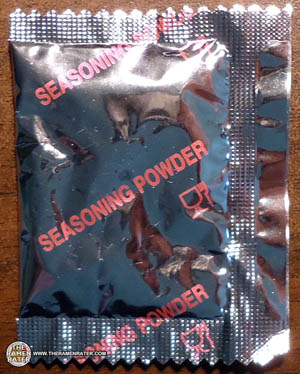 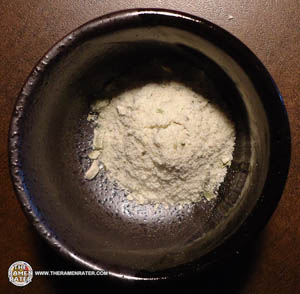 a kind of sweet and salty taste with herbs. 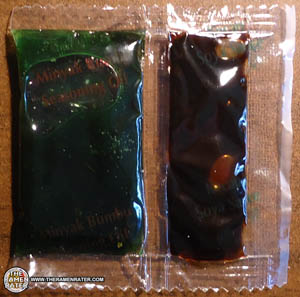 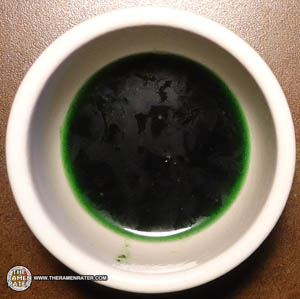 The left packet: This stuff smells spicy – apparently it is a combination of green chilies and other things… Sounds good to me!

Finished (click image to enlarge). Added red bell pepper, beef and Vidalia sweet onion I sauteed in soy sauce and topped with a little Sambel Asli chili sauce and some green onions. The noodles are really good – and really green! Nice texture and gauge that I’ve come to expect and enjoy from this brand. Spiciness is from green chilli, and not for the faint of heart. The green chili flavor is unique and very complimentary. 4.5 out of 5.0 stars. UPC bar code 089686010718.