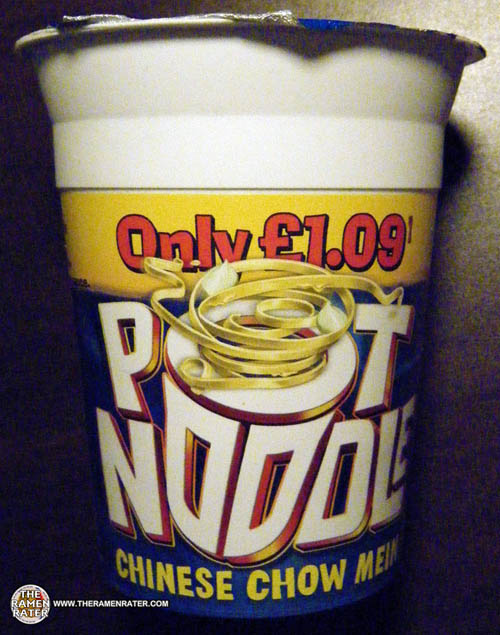 Here we go with some more fine British fare that was donated by Cindy C. from England!
I think if this stuff was sold over here it would do really well!!! 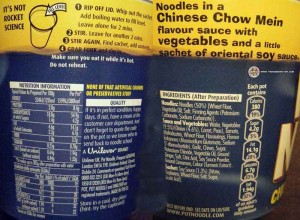 A packet of soy sauce – the last one I reviewed had a little packet of mango chutney! 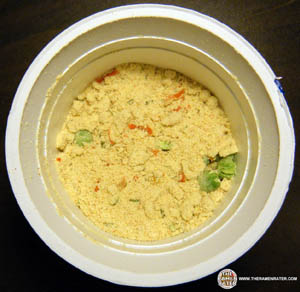 Hey look at all that powder! Mostly it’s wheat flour – that’s where the thick sauciness comes from. 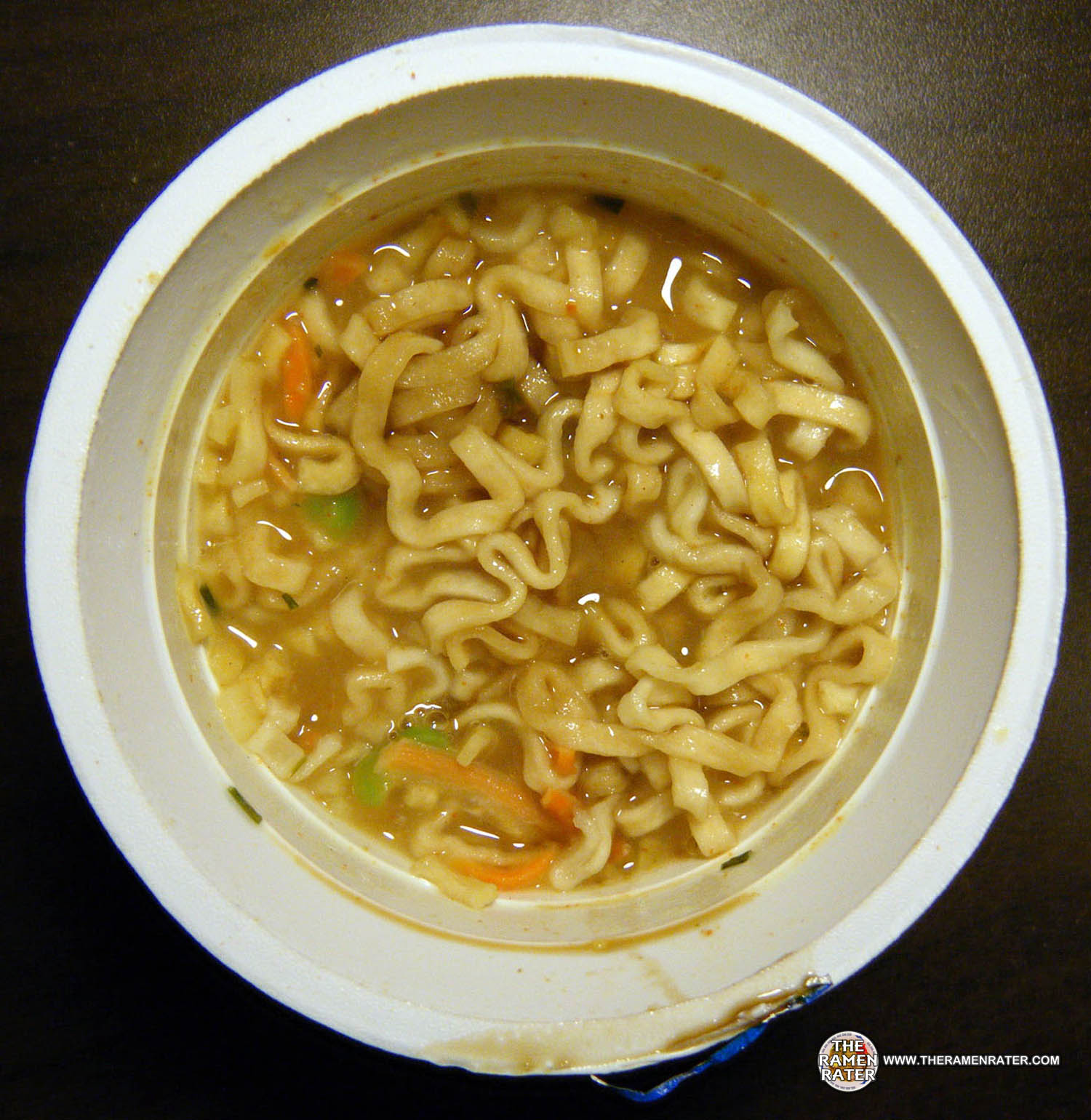 Finished (click image to enlarge). Let’s get down to it: noodles – broad and of decent stature. The broth is more of a sauce and isn’t extremely salty or anything; as far as being of  Chinese chow mein flavor – not so much. The soy sauce helped immensely. Finally, the veggies were mushy, but I think that’s the point. Not bad, not great – 3.0 out of 5.0 stars. Get it here!

They need this at the US grocery stores!