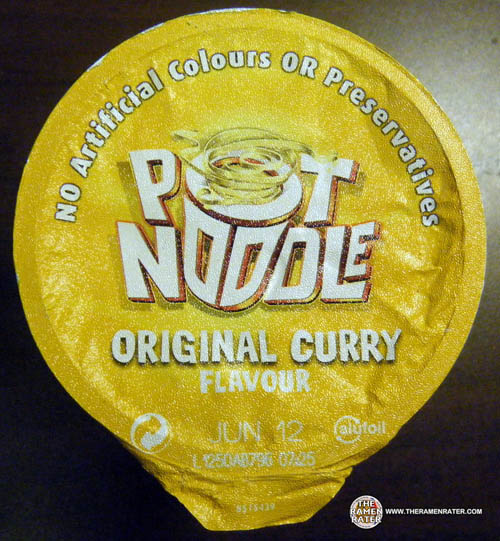 Thanks to Cindy C. of Middlesex, England’s amazingly kind donation, we’ve got a myriad of instant noodles from the U.K. to review now! I’ve wanted to try Pot Noodle ever since I heard of it a while back, and so here we go with the first of many, Original Curry flavour! 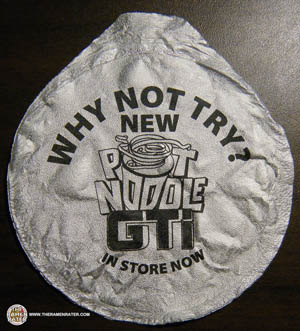 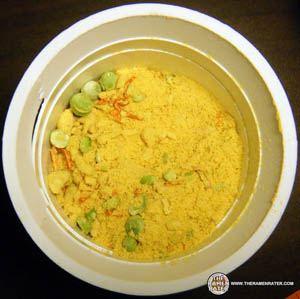 So where are the noodles you ask? Underneath this large amount of powder. Quite different from what I’m used to seeing in a cup noodle!

Whoa this is different too – a packet of garnish? Very curious about this one! 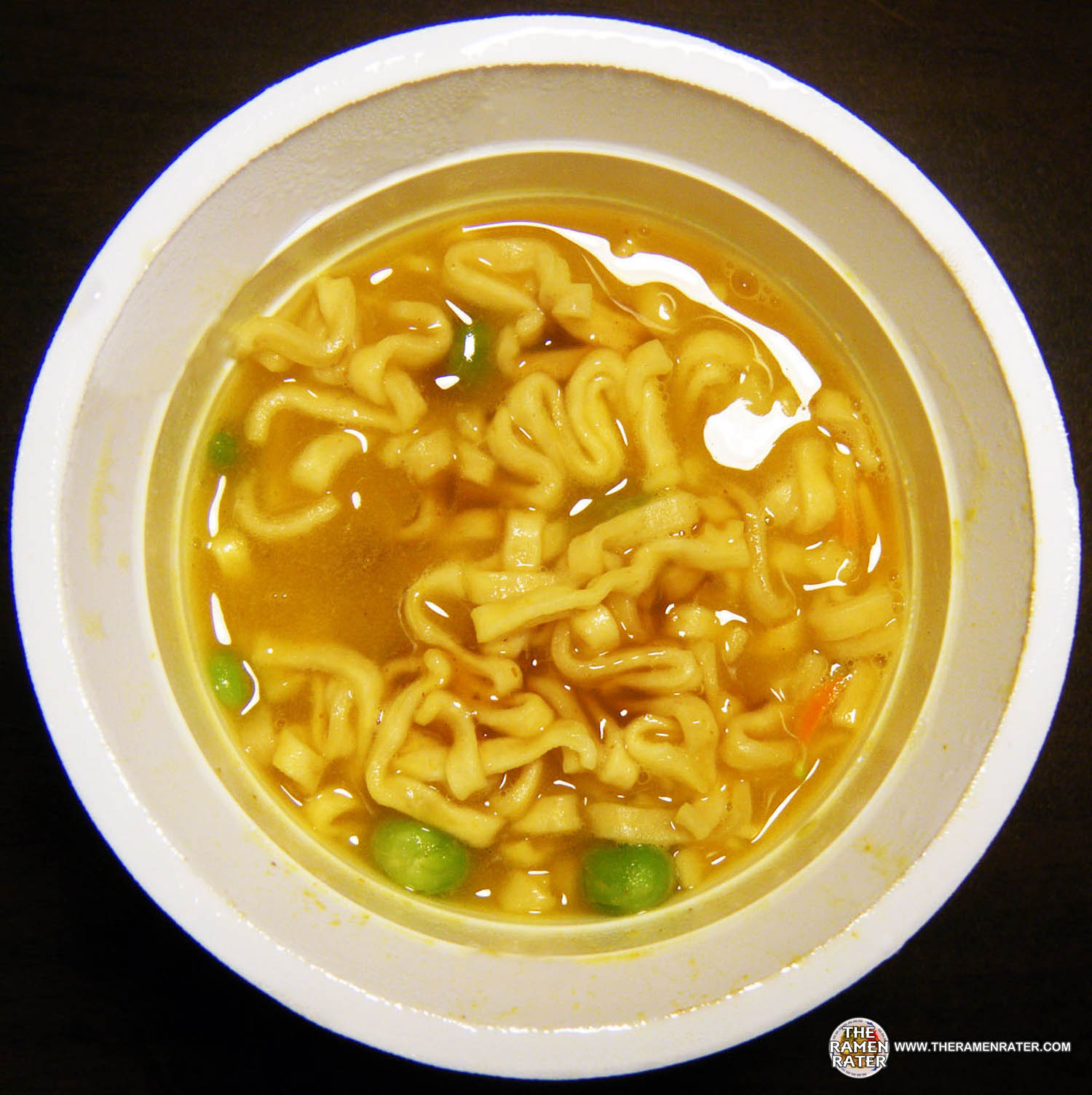 Click image to enlarge. Finished product. So I tried it without the mango sauce and then with it – definitely liked it much better with the sauce. The noodles weren’t bad – wide and flat. The broth was rather thick – I noticed that in the seasoning ingredients that wheat flour was rather prominent and I imagine that may have thickened things up a bit. The vegetable weren’t great but they were good to have in the mix. All said and done, for my first foray into the world of British instant noodles, I’m going to say I liked it and give these a 3.75 out of 5.0 stars.  I found that you CAN get them on Amazon here!

Looks like they have pretty funny commercials for this stuff