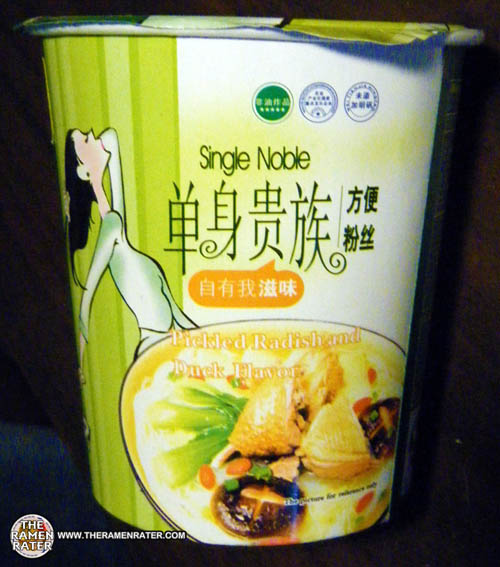 Baijia. Probably the single brand with the lowest consecutive ratings I’ve given. But lo and behold, I continue reviewing them – I believe that at some point there will be something awesome from them! Perhaps this pickled radish and duck flavored sweet potato noodle cup will be the holy grail? We shall see… 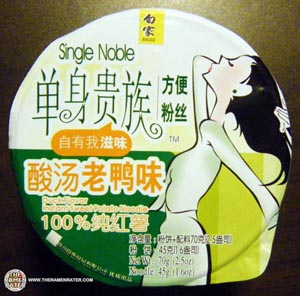 The first thing I noticed is that the Baijia logo is a sticker. Notice at the lower left – that little white square? Another sticker. These are covering up something, but I am not sure – probably domestic markings not meant to be seen in export. Definitely noteworthy though. 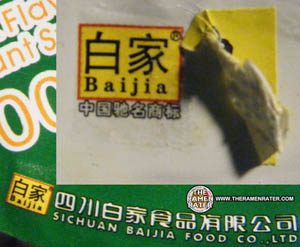 So I peel off the stickers – re-branding with a new logo. Okay let’s move on. 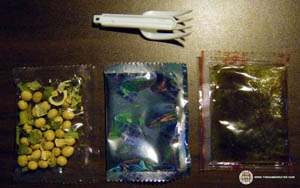 Hey sweet – a new fork! There’s a new fork review for it here in my ongoing review of included forks. From left to right we’ve got some odd looking vegetables, a powdered dry seasoning packet and then some seasoned oil/paste stuff. 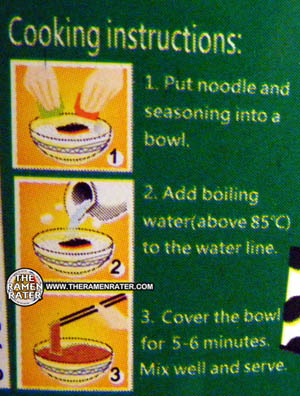 So even though it’s a cup, they put the directions for a packaged noodle on the side. Okay whatever. Just put this to let ya know I did read these directions. I’ve had a couple of comments on how I just don’t get it with this Baijia stuff. I think I get it – not really rocket science here. 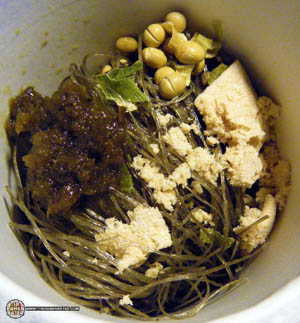 So this is what sweet potato noodles look like – pretty weird huh? The powdered seasoning was almost like a kind of cheese. Anyways, I added boiling water to the line and covered it for 6 minutes. 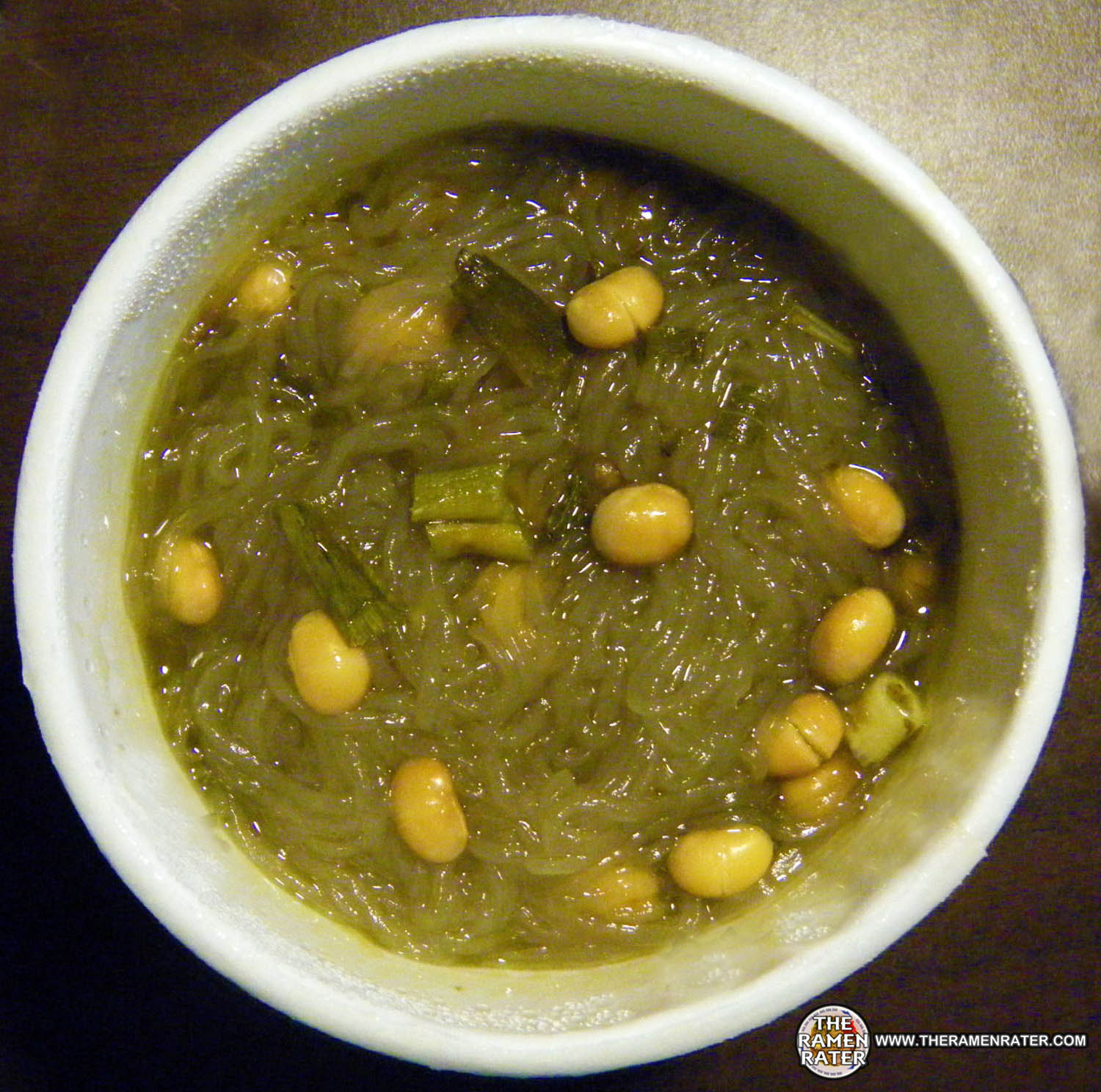 Click image to enlarge. Whoa. Gaze upon it. I don’t know what the beans are but they’re kind of weird. The noodles are very mushy and clumpy and greasy. It is a tangled mushy noodle mess. As far as the taste goes, it’s not bad – kind of salty and has some kind of flavor I can’t pinpoint. The veggie bits remind me of the Unif Sauerkraut flavor bowl I had a while back. As far as a rating… I can’t say that I like it, however I find it kind of fascinating that a product like this would be constructed and then sold. Somebody out there really likes it. Unfortunately, my American palate is a little challenged and I can’t give it my blessing. 0.25 out of 5.0 stars – really inedible and not worthy of being called a food.