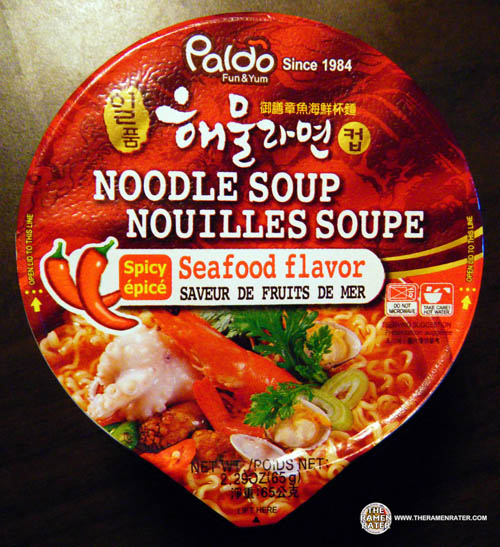 Ah the fruits of the sea! I wonder if it’ll be a fishy spicy thing going on? I sure hope so… 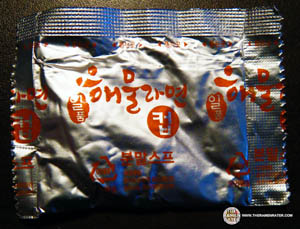 One packet – I bet its full of angry red flavoring inside! 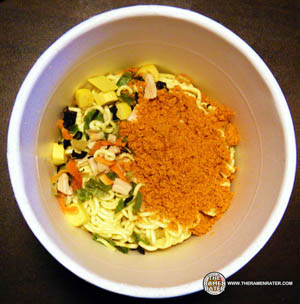 Yeah, that looks angry alright! The veggies were underneath the noodle block and there was dehydrated fish in there too! 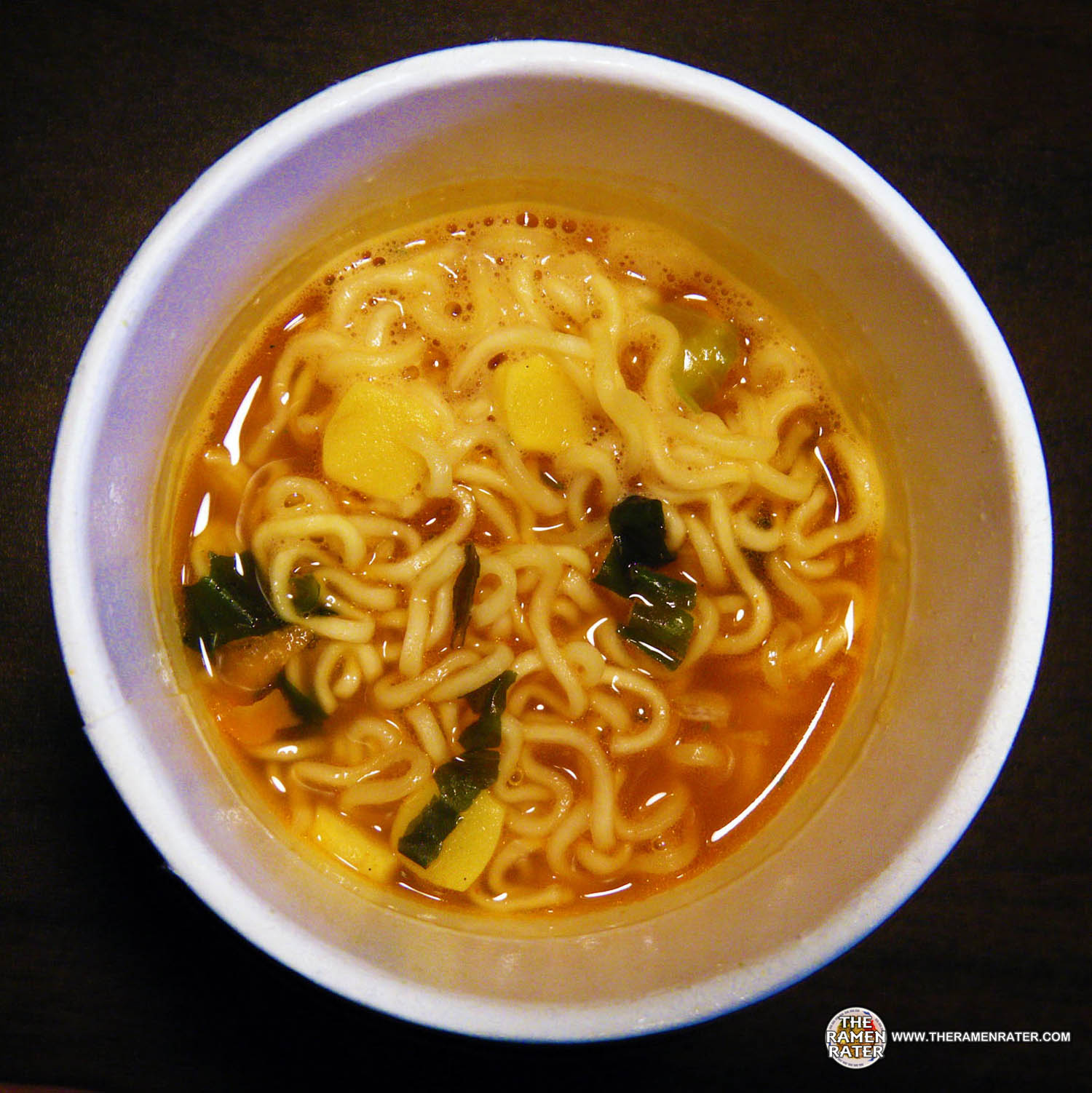 Click image to enlarge. Looks angry! Reddish broth and noodles and lots of seaweed and bit of re hydrated fish… Smells fishy. First bite contained an almost broccoli tone. That lent itself to deep seaweed flavors. Noodles are good. Wow this is pretty spicy… The fish is interesting but it has no chewiness or flavor – everything is overwhelmed in the end by the spiciness. Then the seaweed comes back… Weird stuff… Much like a hot and spicy Neoguri… Found a chewy bit – clam or mussel perhaps. Interesting combination of flavors here and some odd textures. Kind of interesting. I’m going to give it 3.75 out of 5.0 stars. Get it here.

Compare to Nissin’s Seafood cup – look at all that stuff!