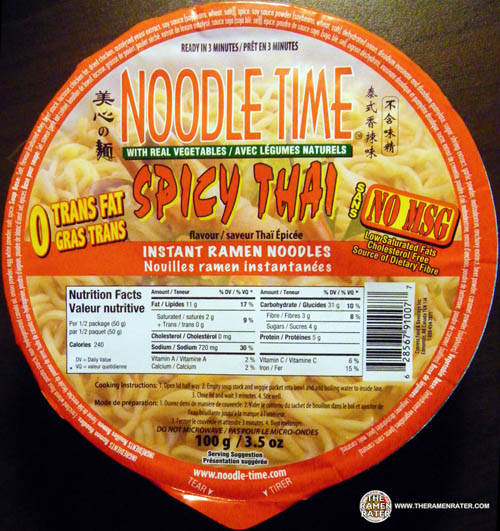 So let’s start with the name – Noodle Time. Apparently, this is a Canadian brand. They started in 2001 in Edmondton, Alberta and they make this stuff in a few flavors. They pride themselves on No MSG, althought the bowl if consumed entirely contains about 1,500mg of sodium. 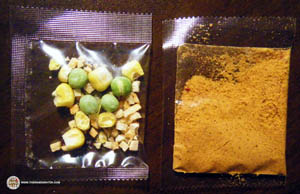 Not a lot of em, but those appear to be real vegetables. A little pack of seasoning too. 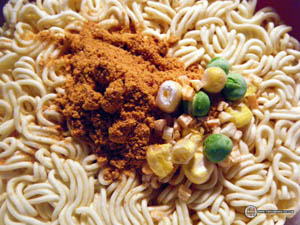 Here they are on the noodle block… 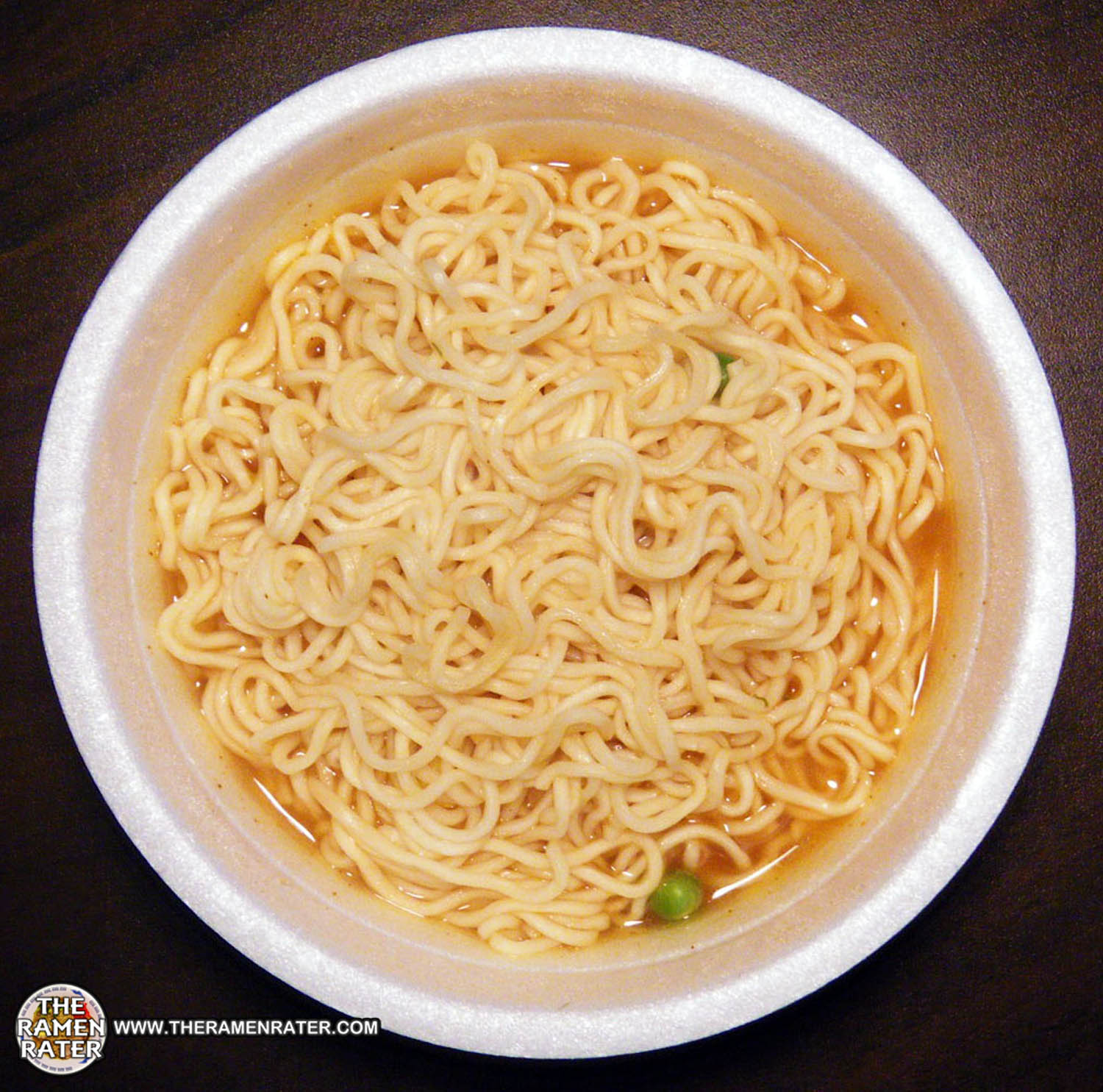 Click image to enlarge. Here’s the finished product. Noodles wer soggy – I mean bad. The broth was strange; not very good, not very spicy and rather watery. The vegetables were so few that they were a joke. I know, harsh words but I calls em’ as I sees em. The roughest part is that on the side of the bowl it has an 800 number so you can call and comment on the quality of their product. I won’t do that but if I were to, I would be telling them to up the ante – more veggies, better noodles and a heartier soup. .50 out of 5.0 stars – yeah – that’s half a star.