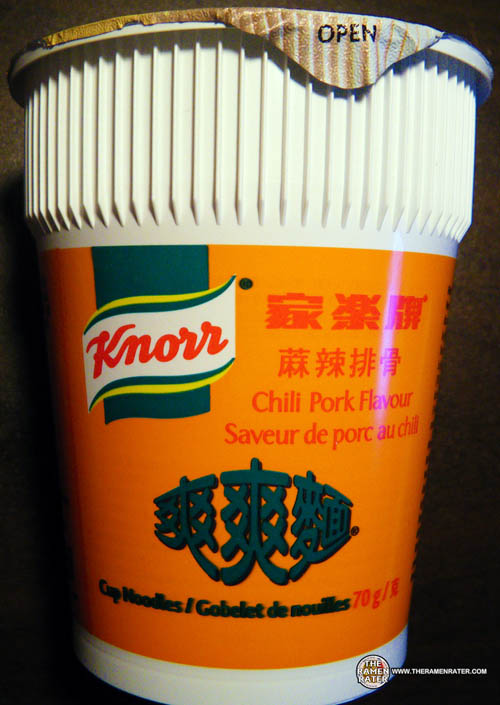 So here’s a weird looking one – something my sis brought me back from Canada. Chili Pork flavor sounds good in theory, but very curious how it’ll be in practice. Also, This is the first Knorr brand instant noodle I’ve reviewed; kind of surprising to be honest. 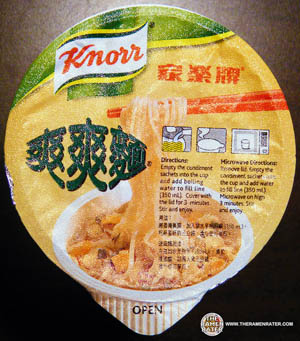 So I can’t exactly figure out where this comes from, so I’m going to play it safe and go with the labeling. It says its imported in Ontario, Canada., but upon a web search I found Thailand seemed the most logical of places. 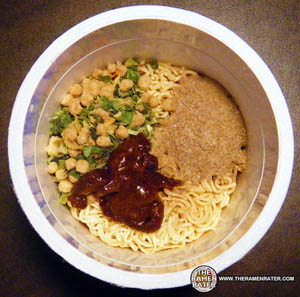 That seasoning oil can look a little nasty at times, can’t it?

Click image to enlarge. So here’s the finished product. Not bad actually. There were a lot of chewy fake pork bits and pieces in there… Some veggies but not a lot. The broth was good and tasty – a good smack of chili flavor. The noodles were as expected – I mean it’s a cup of soup kind of thing so they were a little weaker than a package. Nice that they weren’t spongy. 3.5 out of 5.0 stars.