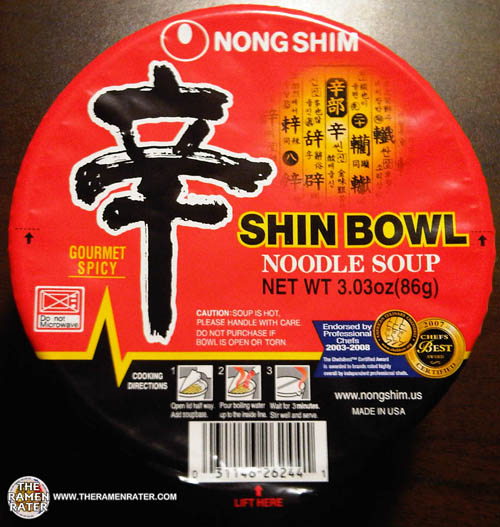 Shin Bowl. So this should be exactly like Shin Ramyun but in a bowl, right? I’m going to figure it isn’t because the noodles usually seem different with bowl noodles. 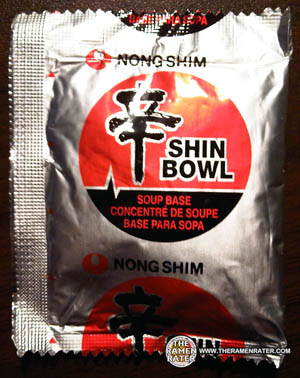 One packet – kind of reminiscent of Nongshim’s Bowl Noodles line. 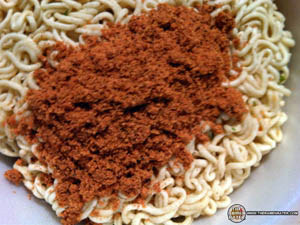 The crimson powder makes me wonder if it’ll be ultra spicy or not… Hmm… Oh by the way there are veggies on the bottom. 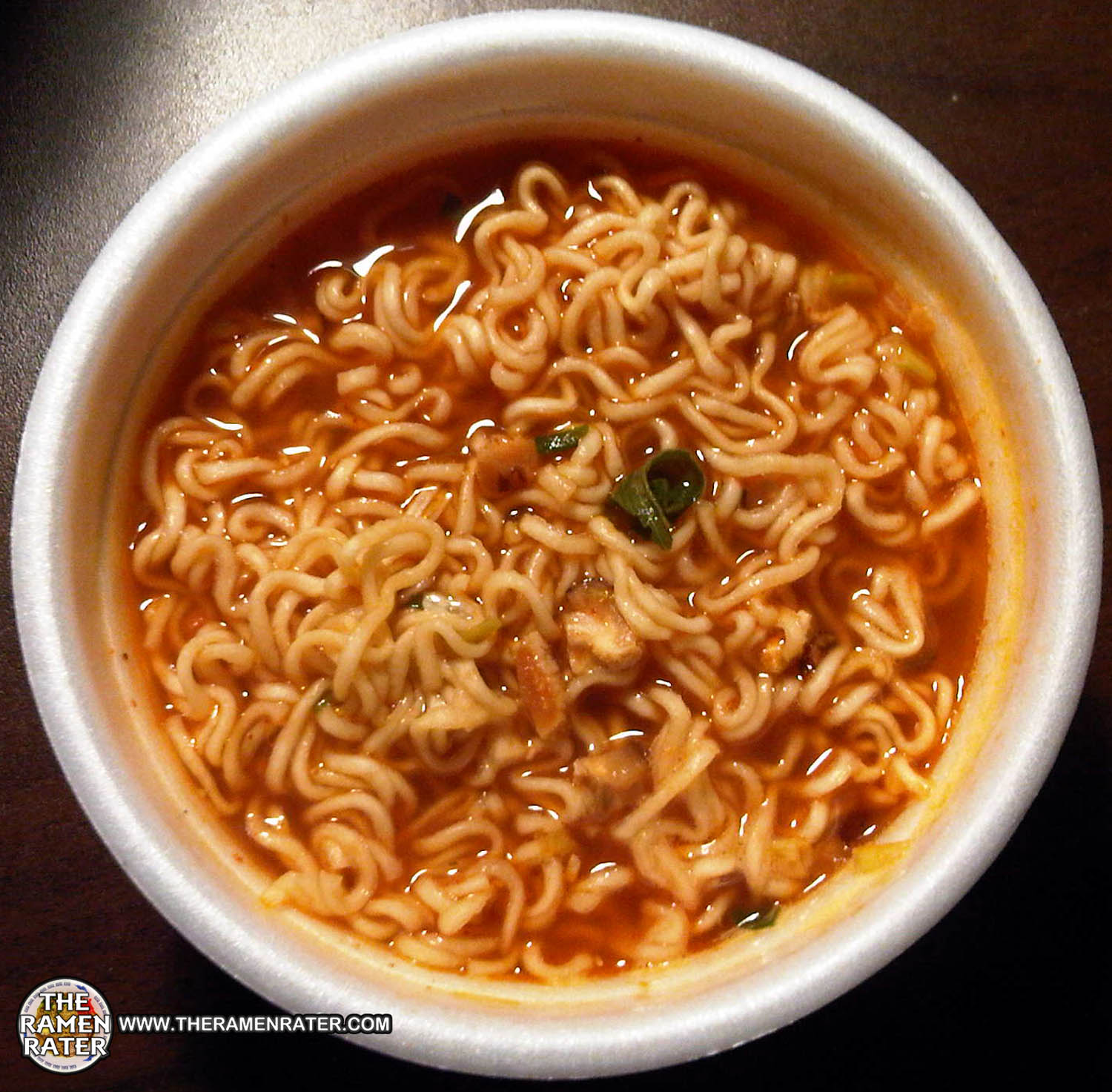 Click image to enlarge. Shazam and after 3 minutes with boiling water under a disco record you’ve got this stuff. First off, I’m not running for the water from the heat. Then again I should inform readers that I did have a website called Sauce Rater ( check out saucerater.wordpress.com ) where I reviewed hot sauces.  I sipped the broth and yeah its a little spicy but not killing my taste buds. The noodles are about what you’d expect – same as you’d find in the Bowl Noodles. Not bad, not great. 3.0 out of 5.0 stars. Get it here.