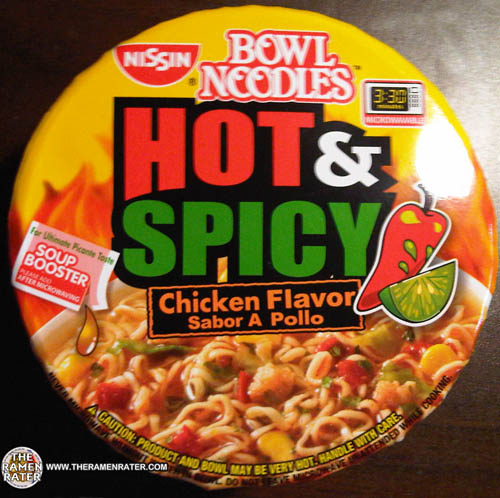 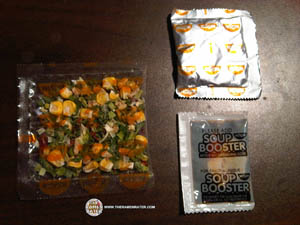 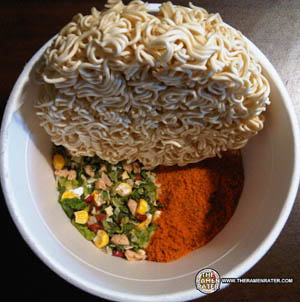 So the soup booster goes in last, but here’s the cake of noodle, veggies and powder soup base. It microwaved for 3 minutes, thirty seconds and then sat for a minute. 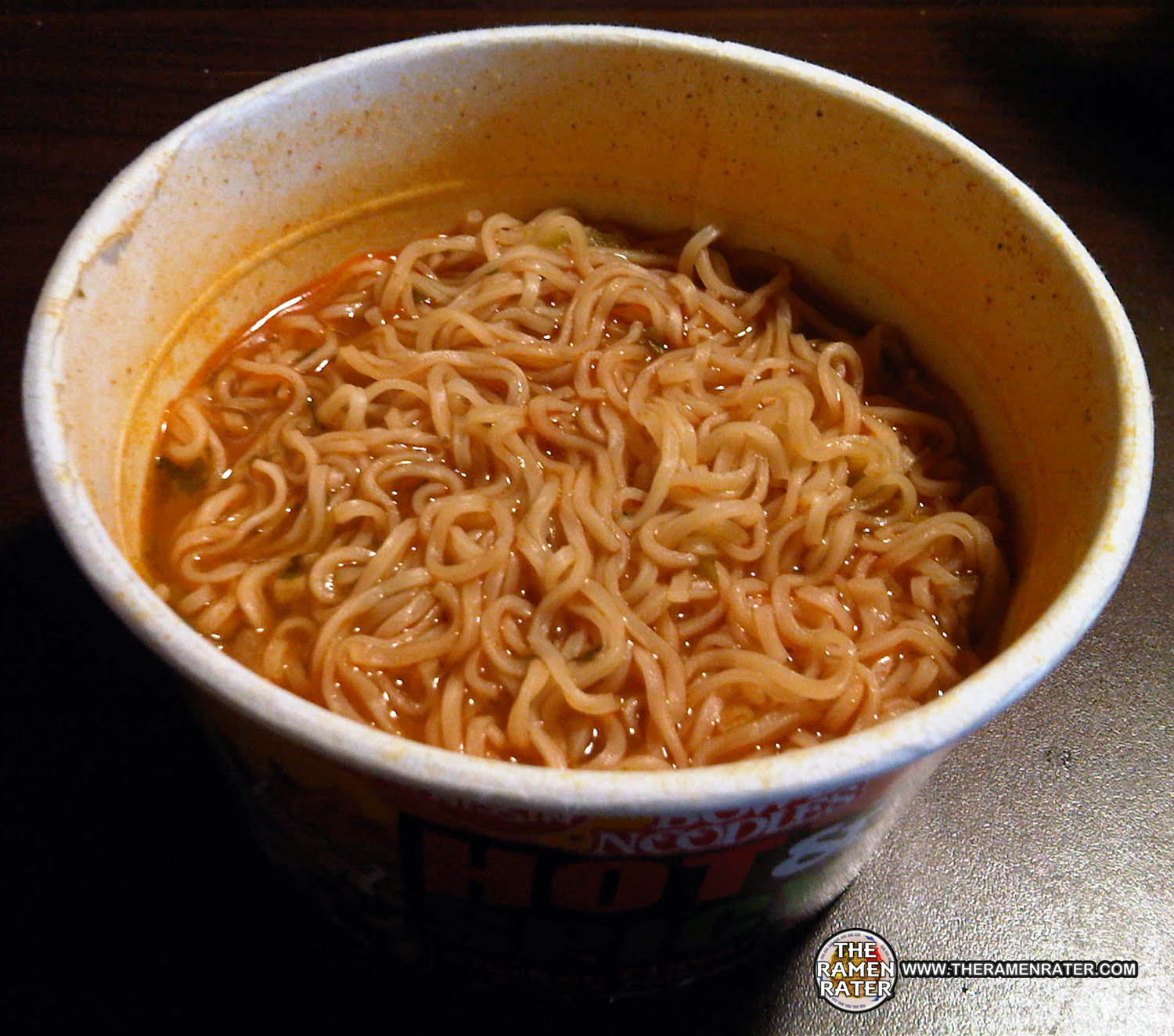 Click image to enlarge. Then add the soup booster, give it a few stirs and voila! This is the finished product! So this has an interesting flavor. I’m not going to say its very chicken flavored. In fact I would go so far to say that this reminds me of Korean noodles that have a picture of a chili pepper on them. The noodles are pretty good – especially after being microwaved like that. The broth is weird; not a lot of it and it’s spicy but a really nondescript flavor other than ‘hot n spicy’ like the Flamin’ Hot that goes on Chee-Tos. The veggies were ample but I found that they liked to hide a lot. This lack of buoyancy for lack of a better word was kind of disappointing as the waterlogged bits fell short. Anyways, I’m giving the whole shbang 2.0 out of 5.0 stars. It was good because I couldn’t decide on anything else to eat, but it filled the void and nothing else. Get it here. UPC bar code 070662096314.