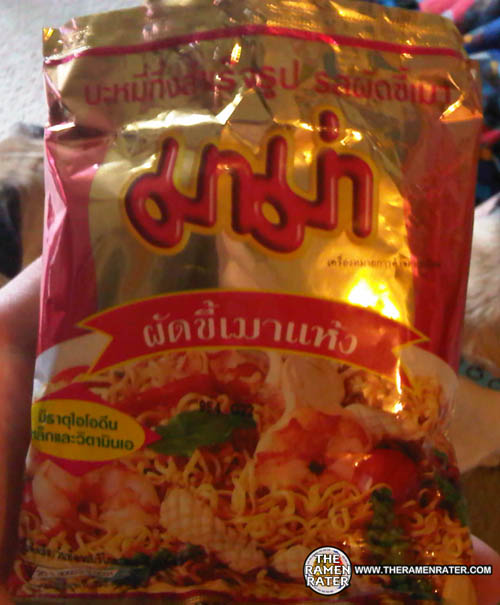 MAMA Pad Kee Mao… The pack is shiny and shows a seriously elaborate dish… Not really much of anything in English on this one. 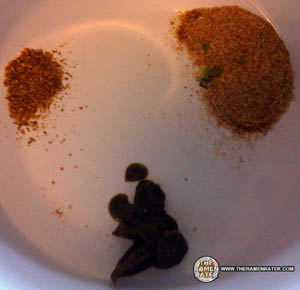 So the bottom there is the gushy stuff. Wow. that’s pretty bizarre. Smells interesting too… Mentions basil leaf and bergamot leaf in the ingredients… 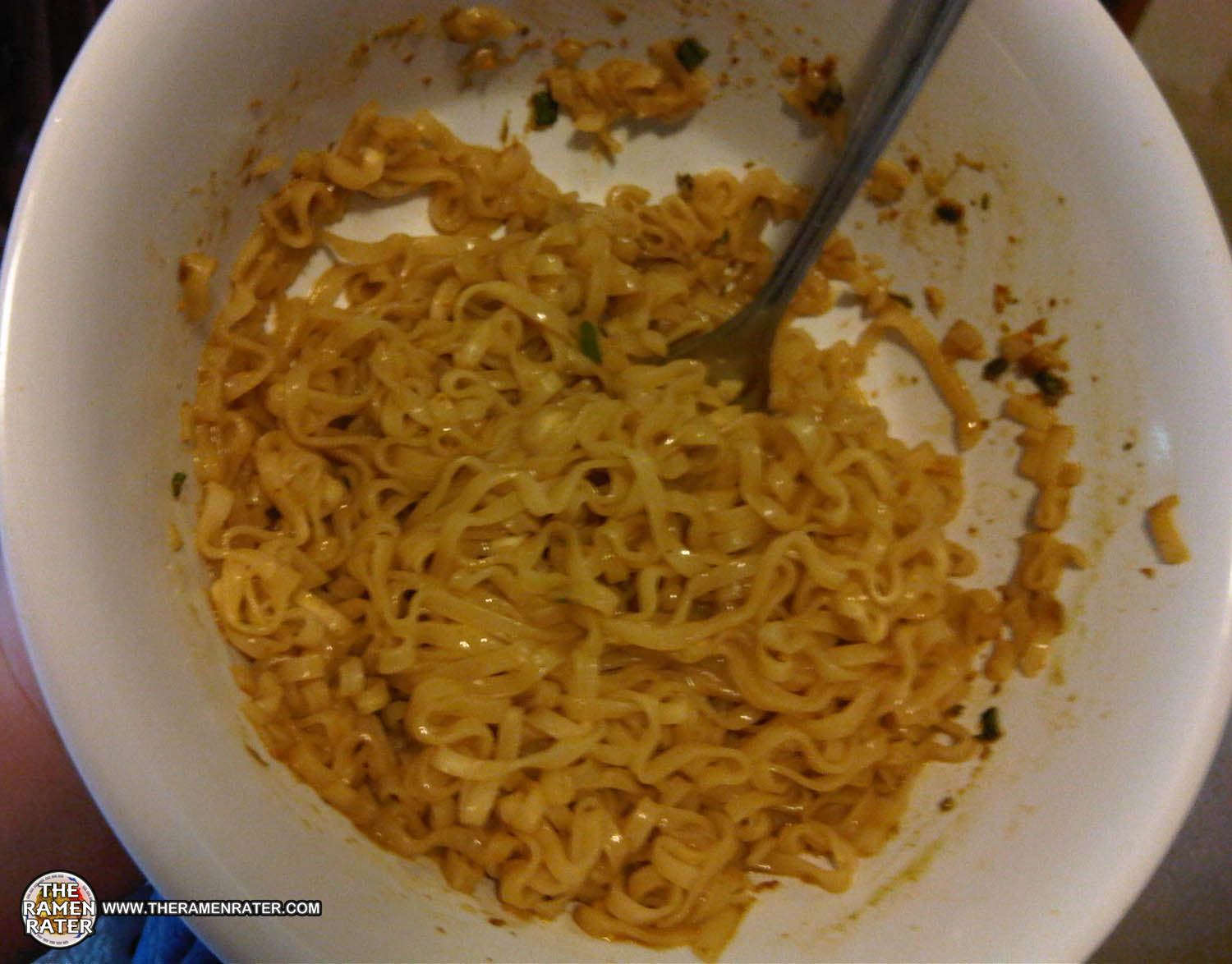 Click image to enlarge. So on this one you cook the noodles in a cup and a half of water, drain and then stir it all up. Here’s the finished result.  It’s quite spicy with the chili powder in it. Its got a very funky flavor too. I dunno… I’m not Thai and I think this is a Thai flavor I just don’t understand… So I have to rate this on my taste buds…The noodles are great – they’re just like Indomie’s special fried curly noodles, but whats a trip is that they’re the eat without cooking variety as well. In fact on the sticker on the back which contains the English nutrition facts, it says serve as dried noodles. Once I took the sticker off the directions were revealed. The same directions were at the bottom of the sticker too. Very odd… Anyways, they’re hot but taste funny. The noodle awesomeness just doesn’t make up for that. I’m giving this one 2.0 out of 5.0 stars.

UPDATE – So after looking around, I found a Wikipedia entry about Pad Kee Mao:

Drunken noodles (or Pad Kee Mao, less frequently Pad Ki Mao or Pad Kimao, Lao: ຜັດຂີ້ເມົາ; Thai: ผัดขี้เมา, RTGS: phat khimao, [pʰàt kʰîːmaw]) is a Chinese-influenced dish that was made popular by the Chinese people living in Laos and Thailand. It is a stir fried noodle dish very similar to Phat Si Io, but with a slightly different flavor profile. It is made with broad rice noodles, soy sauce, fish sauce, garlic, meat or tofu, bean sprouts, and various seasonings. Chili and basil give rise to its distinctive spiciness. Drunken fried rice or khao phat khimao is a similar dish.

So there’s a little more info about it… That being known though, it didn’t make the noodles taste any better hah!