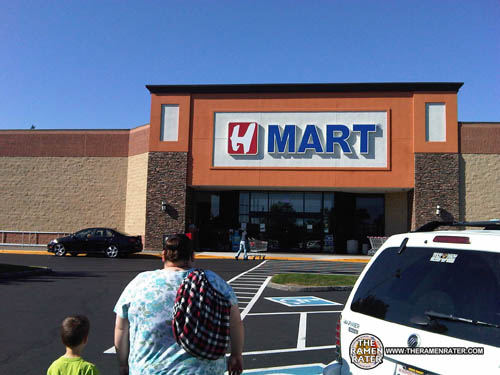 Holy moly freaking god look at the size of that place. It’s an enormous Korean grocery much like Paldo World in Lynnwood – and guess what – this place iis in Lynnwood too…

One thing to note real quick – if you go to www.hmart.com you won’t find the store in the list of locations. Why? I haven’t got a clue. But oh it is indeed at this address you can be sure of that!

It’s an interesting concept. It’s like the size of a Walmart. You walk in and there’s a bunch of little stores surrounding the grocery store. So for example, I saw a little video store and a patisserie in there. We Didn’t go check everything out but I think there’s probably a gift shop type of place too. All in all very interesting and lots of cool stuff. In the grocery store there was a lot of different things you could sample. Had some kimchi and tuna over rice concoction that was quite good. 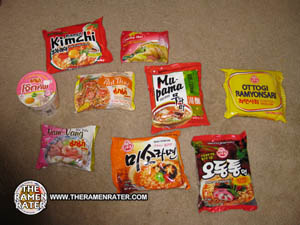 There was a very good selection off instant noodles to get there so got some new stuff to review! 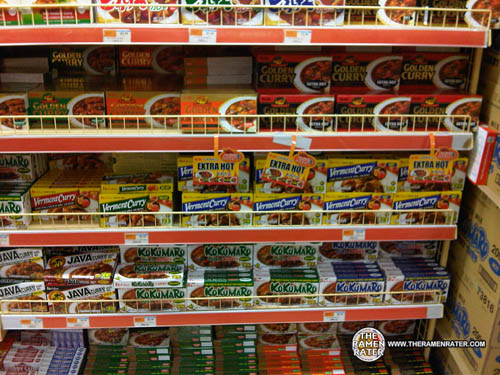 I was drooling a bit at all of the curry they had on one aisle – this is just a small section of the boxed stuff. 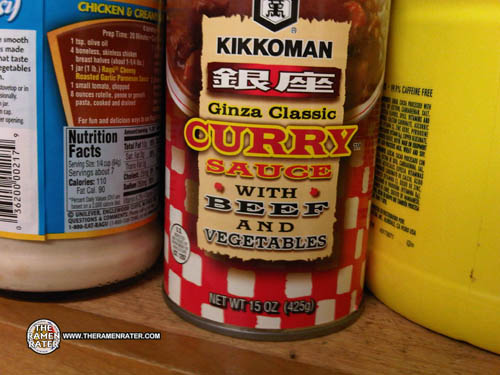 Canned? CANNED? Hmm must be tried! 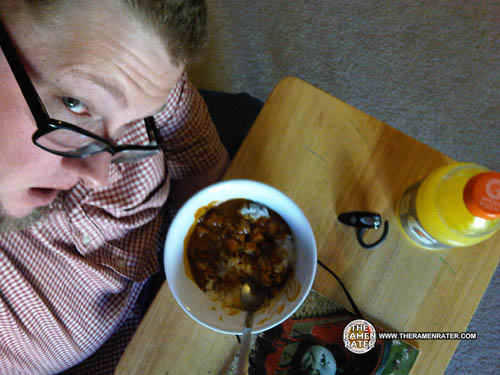 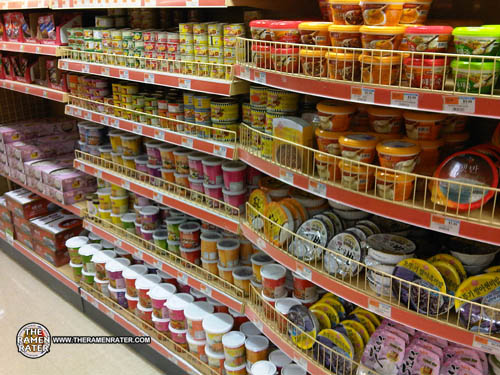 UPDATE!!! So return we did two days later. Here’s further down the curry aisle – tons and tons of Asian curries – lots of awesome stuff! 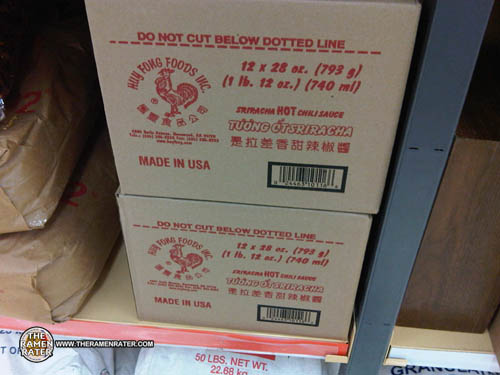 They had case options on the Sriracha! Chuggable stuff! 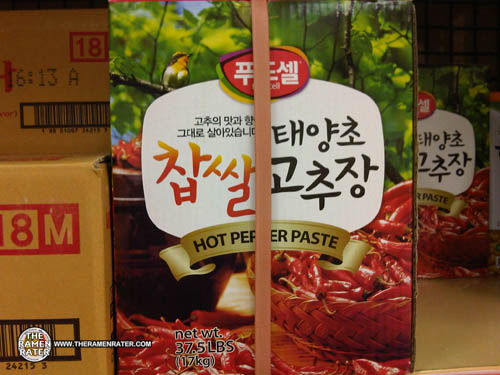 37.5 pounds of pure pain to burn your esophagus! Yeah! 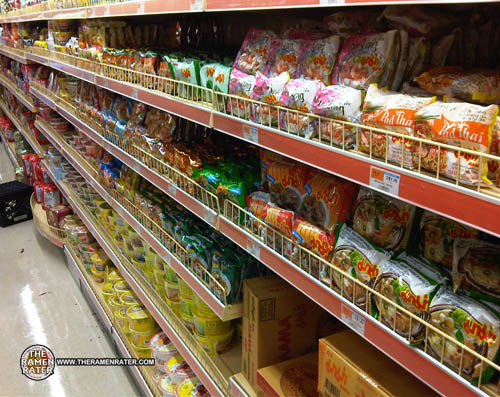 Finally, the pictures I wanted people to see to begin with – the noodles. They have a great selection here of some out of the way stuff. I liked the fact that they had lots of MAMA brand items I haven’t seen elsewhere. 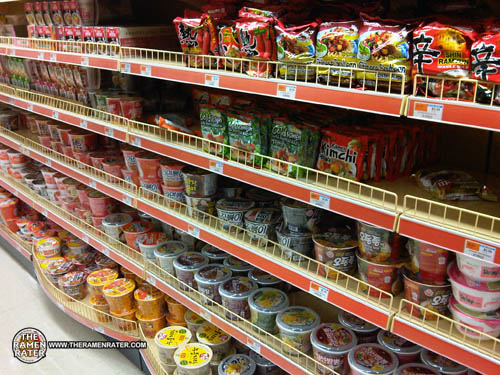 Lots of bowl noodles to appeal to the discerning taste buds!

The long and short of it is that I thought this place was really cool – lots of neat stuff and very large. Worth the trip. Not too far if you live in the Puget Sound area as it’s in Lynnwood which is just halfway between Seattle and Everett.

Thanks go to Paul Spehar for cluing me in about this place – never in a million years would I have found it.