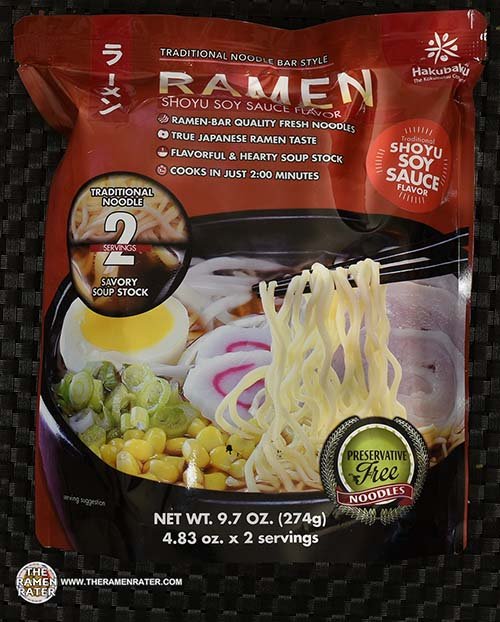 Got a message from a fellow named Mark recently about a couple new varieties to try. Shortly after, I got a package containing them. Thanks! This is the first of two. Here’s a little about shoyu ramen from Wikibedia –

Shōyu (醤油, “soy sauce”) ramen is the oldest of the four, it has a clear brown broth, based on a chicken and vegetable (or sometimes fish or beef) stock with plenty of soy sauce added resulting in a soup that is tangy, salty, and savory yet still fairly light on the palate. Shōyu ramen usually has curly noodles rather than straight ones, but this is not always the case. It is often adorned with marinated bamboo shoots or menma, green onions, ninjin (carrot), kamaboko (fish cakes), nori (seaweed), boiled eggs, bean sprouts or black pepper; occasionally the soup will also contain chili oil or Chinese spices, and some shops serve sliced beef instead of the usual chāshū.

These packs contain two servings. Let’s check it out! 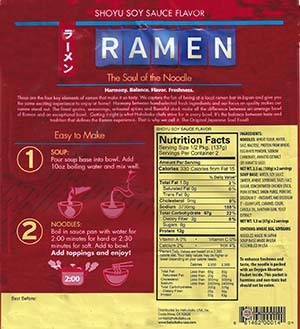 Here’s the back of the package (click to enlarge). Contains chicken and pork. To prepare, add wet sachet to 10oz boiling water. Set aside. Boil noodles in a pot for 2 minutes. Drain. Add to soup. Finally, stir and enjoy! 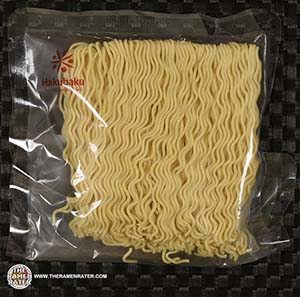 A pouch of fresh noodles. 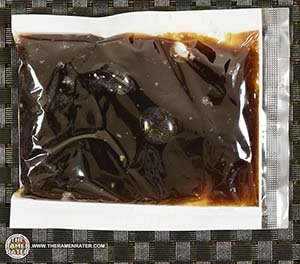 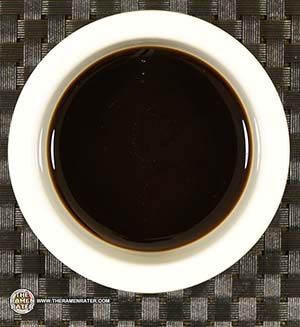 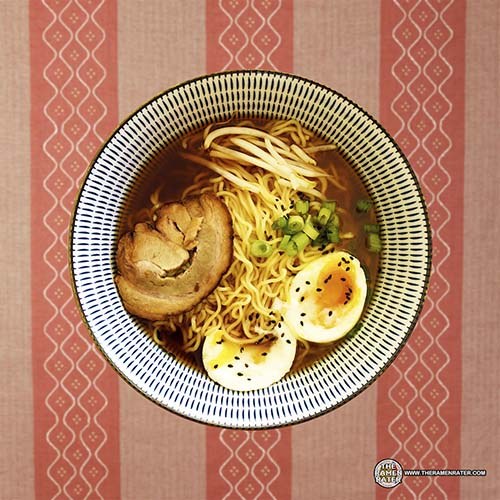 Finished (click to enlarge). Added soft egg, spring onion, Salad Cosmo mung bean sprouts, chashu pork, and black sesame seeds. Noodle has a very nice chew and quality – definitely a cut above. Broth has a nice rich shoyu taste with a good level of oiliness – rich and fatty which is on point. 5.0 out of 5.0 stars. UPC bar code 861462000140.