Happy to be revisiting this variety, It made The Ramen Rater’s Top Ten Instant Noodles Of All Time 2018 Edition list this year and with good reason: it’s really, really good. Here’s a little about carbonara from Wikipedia –

Carbonara (Italian: [karboˈnaːra]) is an Italian pasta dish from Rome[1][2] made with egg, hard cheese, guanciale (or pancetta), and pepper.

The recipe is not fixed by a specific type of hard cheese or pasta. The cheese is usually Pecorino Romano.[1] Spaghetti is the usual pasta, however, fettuccine, rigatoni, linguine, or bucatini are also used. Either guanciale or pancetta can be used. Another common substitute outside Italy is lardons of smoked bacon.

The dish was created in the middle of the 20th century.[3]

As with many recipes, the origins of the dish and its name are obscure.

The dish forms part of a family of dishes involving pasta with bacon, cheese, and pepper, such as spaghetti alla gricia. Indeed, it is very similar to the Italian pasta cacio e uova, dressed with melted lard and mixed eggs and cheese.[4]

There are many theories for the origin of the name, which may be more recent than the dish itself.[4] Since the name is derived from carbonaro (the Italian word for charcoal burner), some believe the dish was first made as a hearty meal for Italian charcoal workers.[1] In parts of the United States the etymology gave rise to the term “coal miner’s spaghetti”. It has even been suggested that it was created as a tribute to the Carbonari (“charcoalmen”), a secret society prominent in the early, repressed stages of Italian unification.[19] It seems more likely that it is an urban dish from Rome,[20] although it has nothing to do with the Roman restaurant of the same name.[21]

The name may also have derived from “Carbonada”, the word for bacon in central Italy’s dialect.[22]

Pasta alla carbonara is unrecorded before the Second World War; notably, it is absent from Ada Boni‘s 1930 La Cucina Romana. The dish is first attested in 1950, when it was described in the Italian newspaper La Stampa as a dish sought by the American officers after the allied liberation of Rome in 1944.[23] It was described as a Roman dish, when many Italians were eating eggs and bacon supplied by troops from the United States.[24] It was included in Elizabeth David‘s Italian Food, an English-language cookbook published in Great Britain in 1954.[25]

There’s a ton of info about carbonara! Let’s give it a try!

Here’s the back of the package (click to enlarge). Contains pork. To prepare, cook noodles in 500ml boiling water. Tip – place retort pouch in to heat it as well. Cook for 3 minutes. Add soup sachet to 200ml boiling water to make soup. Drain noodle after 3 minutes cooking and combine with retort pouch contents. Finally, stir and enjoy! Note – soup is not combined with noodles but served alongside as shown in image below. 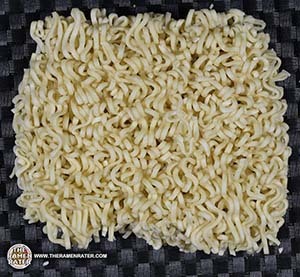 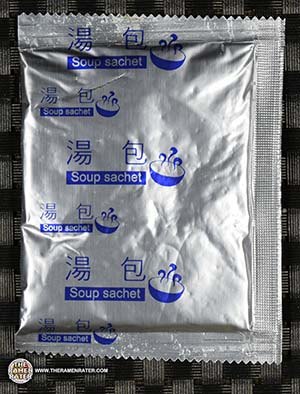 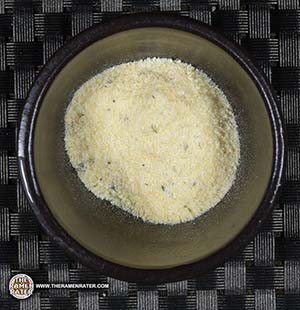 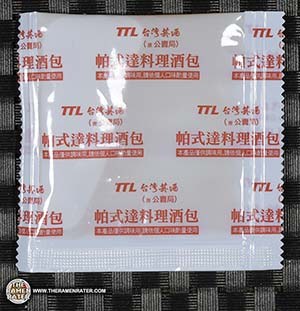 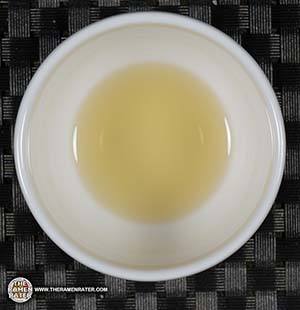 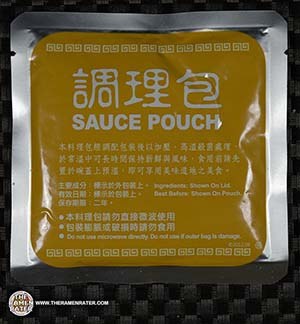 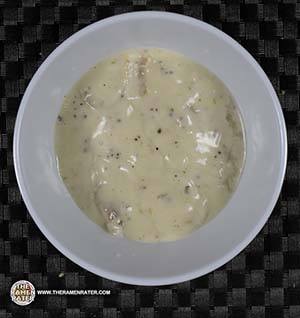 A thick white sauce with pork. 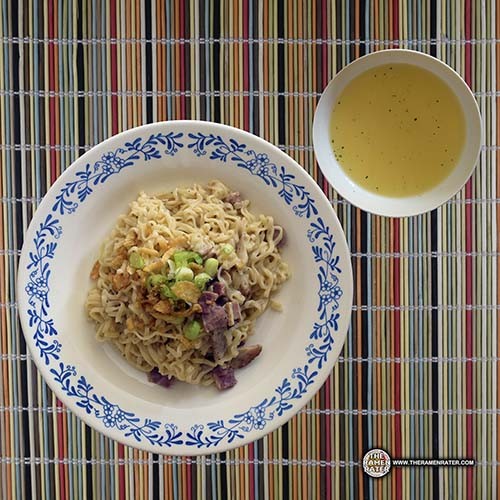 Finished (click to enlarge). Added chashu pork, scallions and fried onion. Noodles come out right right for the sauce which is more than enough to hug every curve of them. The flavor is a rich and creamy one with elegant white wine notes. Included pork in the sauce goes extremely well. As for the sipping soup, it’s exceedingly good – like a cream of chicken.. A very apt pairing. 5.0 out of 5.0 stars.  EAN bar code 4710199110850.

Watch me cook this one on Instant Noodle Recipe Time!