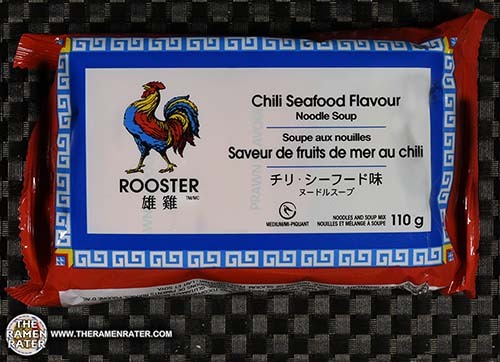 Oh – Canada! How you doin’? So we went up to Canada as we usually do about once a month and we’d been seeing the place called ‘The Real Canadian Super Store’ every time but never visited. So it’s part of Loblaw’s, a mega supermarket group in Canada – the have lots of different stores up there under different names like T&T Supermarket, Loblaw’s, – I think London Drug? Anyways, yeah. This store was like a mega Walmart – but the difference is that it’s real and it’s Canadian. Great noodle aisle – lots of things I’ve not seen elsewhere. Let’s give this one a try – it’s made in China for the Canadian company. 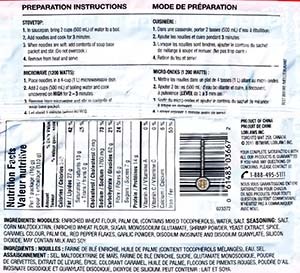 Here’s the back of the package (click to enlarge). Contains shrimp. To prepare, add noodles to 500ml boiling water and cook for 3 minutes. Add sachet contents. Finally, stir and enjoy! 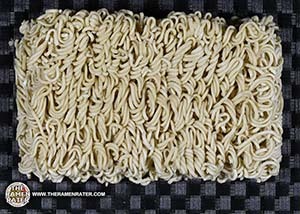 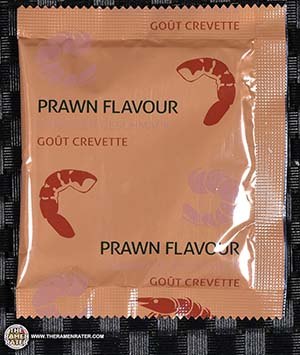 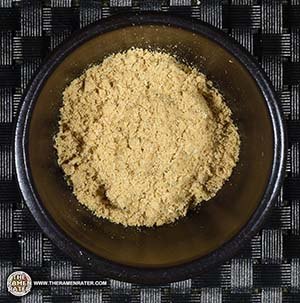 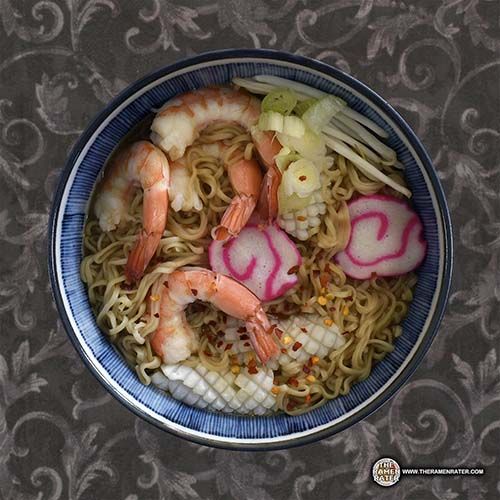 Finished (click to enlarge). Added spring onion, Salad Cosmo mung bean sprouts, shrimp, narutomaki, carved squid and red pepper flakes. The noodles were decent – light and fluffy to a degree and very soft on the tooth. The broth has this almost chili cheese kind of thing to it. Lots of cumin. A thought of seafood it in there – kind of like the buttery taste seafood varieties often had. Worked surprisingly well – not bad! 4.25 out of 5.0 stars.  UPC bar code 061483038672.

Chicken Soup for the Soul: The Spirit of Canada: 101 Stories about What Mak