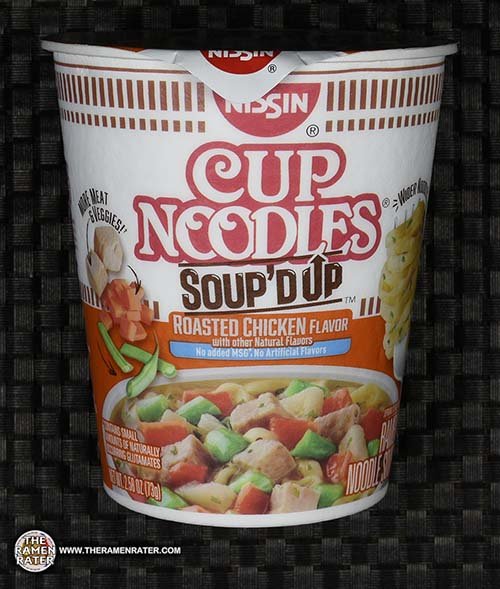 This one was sent by Robert Z. over at www.dadbert.com – he’s a good friend of mine who has just entered the blogging world with his really technical and awesome cooking recipes – be sure to check out his site! Anyways, he found this one in Kentucky, and I suspect this is a test market for these. They’re not mentioned anywhere to speak of, and so I wanted to give these a try as soon as possible. This new line looks to have a LOT of meat in there! Let’s crack it open and take a look.

Detail of the side panels (click to enlarge). Contains chicken. To prepare, remove lid and add room temperature water to fill line. Microwave for 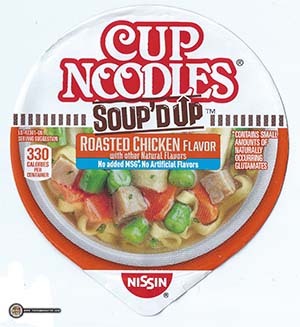 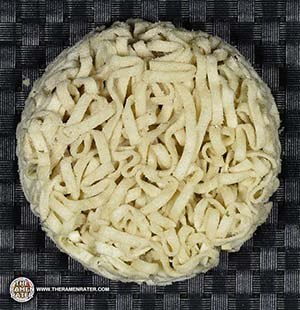 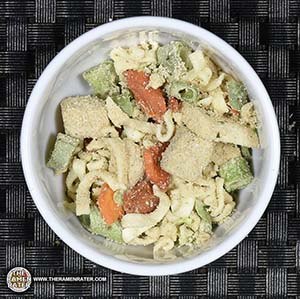 Looks like a lot of dehydrated chicken and seasoning. 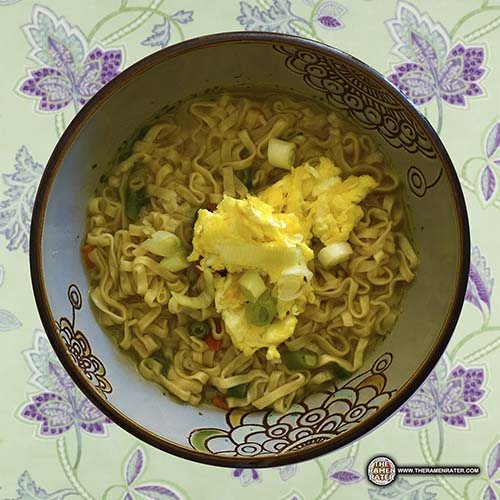 Finished (click to enlarge). Added scrambled egg and spring onion. The noodles are a little broader and have a hint more chew to them. The broth was on the lighter side and I would have liked a little more flavor. The garnish: I think the chicken was pretty good – it has a kind of rotisserie chicken taste to it. I think a little more of that in the broth would have helped a lot. Would like to see this replace the econo Cup Noodles. 4.0 out of 5.0 stars.  UPC bar code 070662405013.