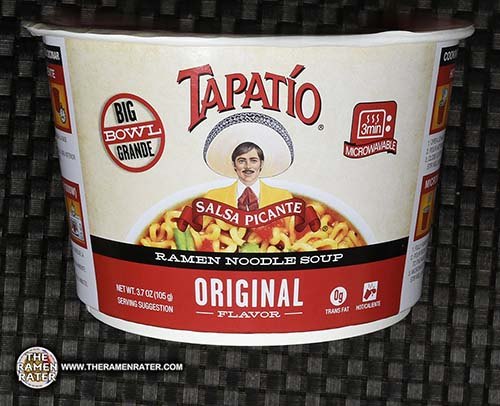 Hey look at this! A Tapatio instant noodle! I’ve seen people douse their instant noodles in this stuff for years on Instagram. Here’s a little about it from Wikipedia –

Tapatío is a hot sauce, produced in Vernon, California, that can be found at many supermarkets, pharmacies, and liquor stores in the United States.

The ingredients, as listed on the product label, are water, red peppers, salt, spices, garlic, acetic acid, xanthan gum and sodium benzoate as a preservative. Tapatío comes in five sizes: 5, 10, and 32 fluid ounces, and 1 gallon (3.785 liters), as well as in 7-gram packets. The sauce overall has a Scoville rating of 3,000, hotter than Sriracha.[1]

The Tapatío Hot Sauce company was started in 1971 by Jose-Luis Saavedra, Sr., in a 750-square-foot (70 m2) warehouse in Maywood, California.[6] In 1985, the company moved to a 8,500-square-foot (790 m2) facility in Vernon, California, 5 miles (8.0 km) from Downtown Los Angeles. Although larger than the first location, the new factory had a single loading dock and limited storage space, which created a new series of problems for the company. After a long search, a site was found for a developer to custom-build a new 30,000-square-foot (2,800 m2) facility, which Tapatío presently occupies. The new factory has several loading docks and automated production.

Hey cool – let’s give this one a try!

Detail of the side panels (click to enlarge). Looks to be meaty free but check for yourself. To prepare, add in sachet contents and add boiling water to fill line. Cover for 3 minutes. Finally, stir and enjoy! 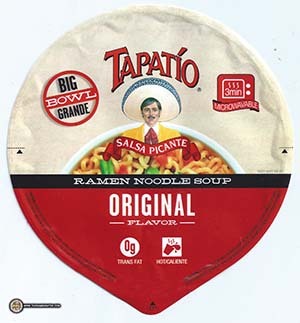 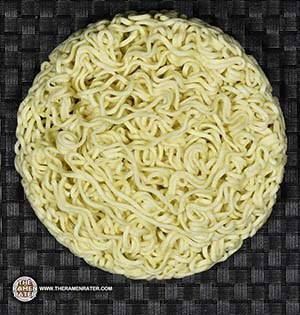 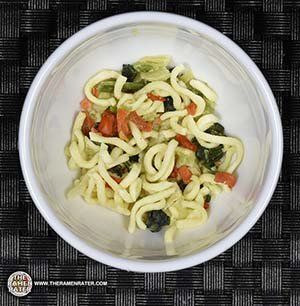 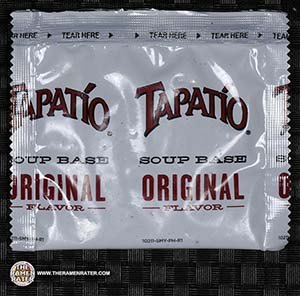 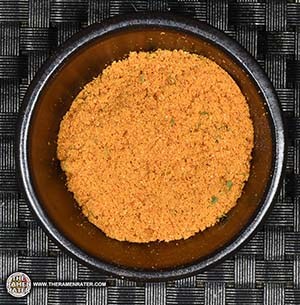 A lot of colorful powder. 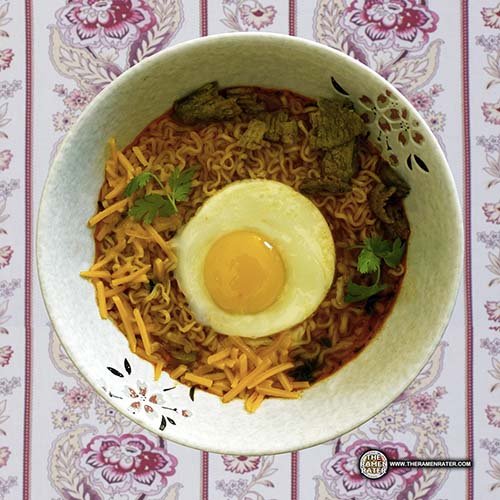 Finished (click to enlarge). Added fried egg, cheddar cheese, cilantro and fried jalapeno. The noodles are thin and light – and of a good quality and pretty large quantity. The broth is a tangy and spicy one, with definite notes of Tapatio. Pretty good! 4.5 out of 5.0 stars. UPC bar code 780707102114.