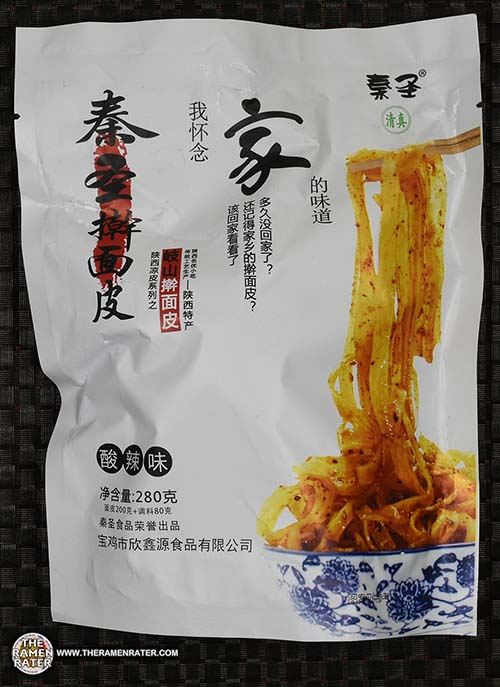 These came by way of Snackoo – a company that supplies you with great snack boxes, containing all sorts of fascinating things as well as ramen noodles. Why not check them out?

Liangpi (simplified Chinese: 凉皮; traditional Chinese: 涼皮; pinyin: liángpí; literally: “cold skin”) is a noodle-like Chinese dish made from wheat or rice flour. It is a specialty dish originating from the cuisine of Shaanxi Province,[1] but has now spread to many other places in China, in particular the northern and central regions. In northwestern areas of China, it is often called liangpi zi (凉皮子). Although liangpi is served cold, they are served in every season, including winter.

New York Times’ Julia Moskin describes liangpi as served at Xi’an Famous Foods as “a dish of cold noodles in a sauce that hits every possible flavor category (sweet, tangy, savory, herbal, nutty and dozens of others) 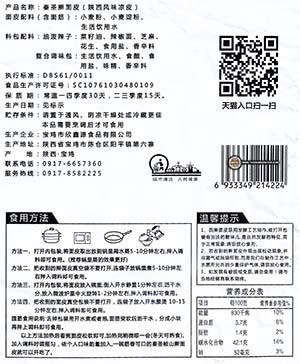 Here’s the back of the package (click to enlarge). Looks to be meat free but check for yourself. To prepare,  Boil the liangpi noodles for 5-10 minutes until al dente. Boil gluten for around the same amount of time. Rinse liangpi noodles and gluten, remove- it’s meant to be eaten dry.
Combine the gluten and liangpi noodles. Finally, stir in the sauce and enjoy! 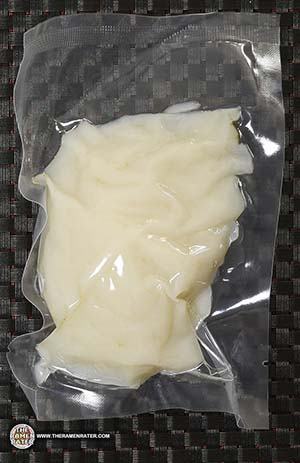 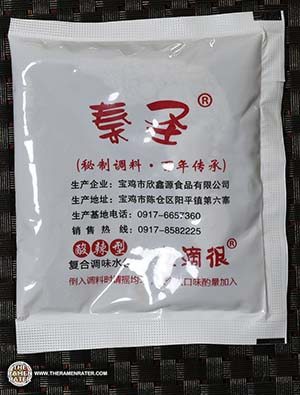 A garlic water sachet I believe. 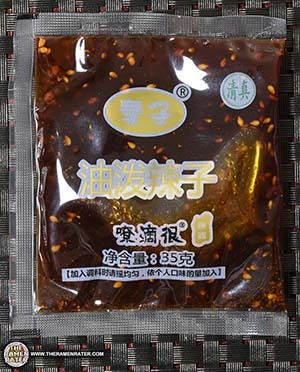 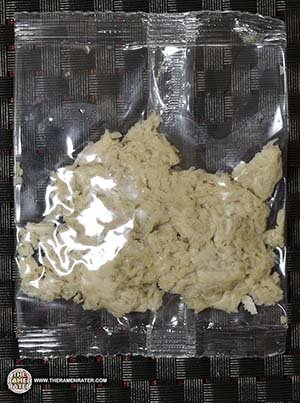 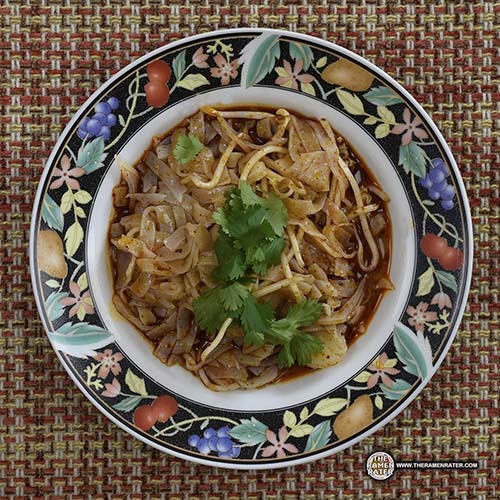 Finished (click to enlarge). Added coriander and Salad Cosmo organic mung bean sprouts. I’m now hooked. The noodles are light on the chew yet hearty and there’s a lot of them as well. The gluten is really nice – like a chewy thing that’s not meat but not tofu but good. It came out as one chunk of it – I think I was supposed to break it up… Nonetheless, very welcome. There were also little round discs that reminded me of sliced tteokbokki from Korean cuisine but they were very chewy. The flavor was a nice bright and crisp one – spicy and I think a black vinegar thing going on. I thoroughly enjoyed this one! 5.0 out of 5.0 stars.  EAN bar code 6933349214224.