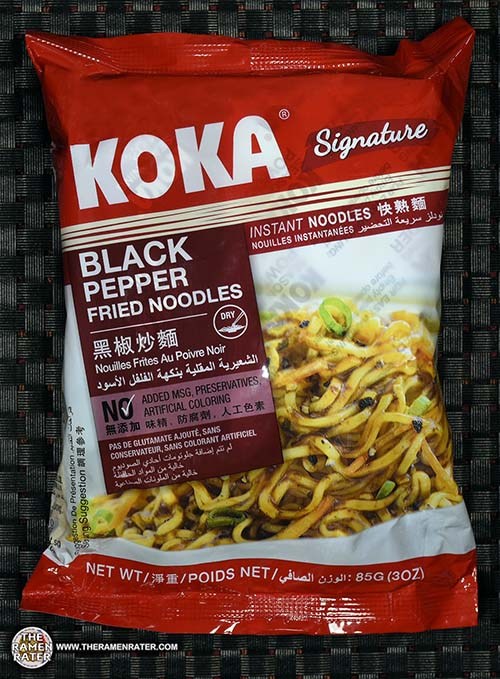 Well, I thought I was out of KOKA varieties to review and only had a couple duplicates but nope – nada – still got more! See, there are KOKA Signature and KOKA Delight which both look about the same and often have the same flavors. What’s the difference? Well, KOKA Delight is baked noodles – not fried. So I’ve still got a few varieties left. This one is a black pepper flavor noodle – without broth. Black pepper is an interesting thing – very historic as well. Let’s see if I can find something from Wikipedia –

Black peppercorns were found stuffed in the nostrils of Ramesses II, placed there as part of the mummification rituals shortly after his death in 1213 BCE.[22] Little else is known about the use of pepper in ancient Egypt and how it reached the Nile from South Asia.

Pepper (both long and black) was known in Greece at least as early as the 4th century BCE, though it was probably an uncommon and expensive item that only the very rich could afford.

A Roman era trade route from India to Italy

By the time of the early Roman Empire, especially after Rome’s conquest of Egypt in 30 BCE, open-ocean crossing of the Arabian Sea direct to southern India‘s Malabar Coast was near routine. Details of this trading across the Indian Ocean have been passed down in the Periplus of the Erythraean Sea. According to the Roman geographer Strabo, the early Empire sent a fleet of around 120 ships on an annual one-year trip to China, Southeast Asia, India and back. The fleet timed its travel across the Arabian Sea to take advantage of the predictable monsoon winds. Returning from India, the ships travelled up the Red Sea, from where the cargo was carried overland or via the Nile-Red Sea canal to the Nile River, barged to Alexandria, and shipped from there to Italy and Rome. The rough geographical outlines of this same trade route would dominate the pepper trade into Europe for a millennium and a half to come.

Pepper was so valuable that it was often used as collateral or even currency. In the Dutch language, “pepper expensive” (peperduur) is an expression for something very expensive. The taste for pepper (or the appreciation of its monetary value) was passed on to those who would see Rome fall. Alaric the Visigoth included 3,000 pounds of pepper as part of the ransom he demanded from Rome when he besieged the city in 5th century.[24] After the fall of Rome, others took over the middle legs of the spice trade, first the Persians and then the Arabs; Innes Miller cites the account of Cosmas Indicopleustes, who travelled east to India, as proof that “pepper was still being exported from India in the sixth century”.[25] By the end of the Early Middle Ages, the central portions of the spice trade were firmly under Islamic control. Once into the Mediterranean, the trade was largely monopolized by Italian powers, especially Venice and Genoa. The rise of these city-states was funded in large part by the spice trade.

One tablespoon (6 grams) of ground black pepper contains moderate amounts of vitamin K (13% of the daily value or DV), iron (10% DV) and manganese (18% DV), with trace amounts of other essential nutrients, protein and dietary fibre.[42]

It is commonly believed that during the Middle Ages, pepper was used to conceal the taste of partially rotten meat. There is no evidence to support this claim, and historians view it as highly unlikely: in the Middle Ages, pepper was a luxury item, affordable only to the wealthy, who certainly had unspoiled meat available as well.[27] In addition, people of the time certainly knew that eating spoiled food would make them sick. Similarly, the belief that pepper was widely used as a preservative is questionable: it is true that piperine, the compound that gives pepper its spiciness, has some antimicrobial properties, but at the concentrations present when pepper is used as a spice, the effect is small.[28] Salt is a much more effective preservative, and salt-cured meatswere common fare, especially in winter. However, pepper and other spices certainly played a role in improving the taste of long-preserved meats.

I always thought it was mayonnaise that was used to cover the taste of rotted meat… Well, you learn something new every day – even if it isn’t correct. Let’s look within! 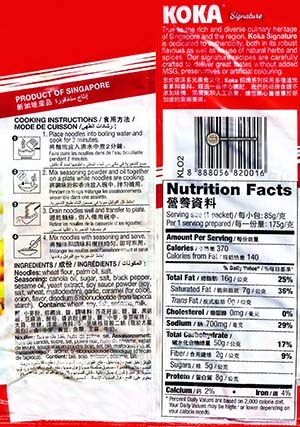 Here’s the back of the package (click to enlarge). Contains fish. To prepare, add noodle block to 400ml boiling water and cook 2 minutes. Drain. Add in sachet contents and combine. Finally, stir and enjoy! 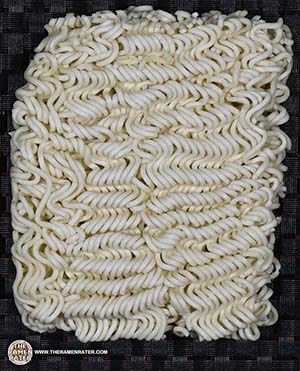 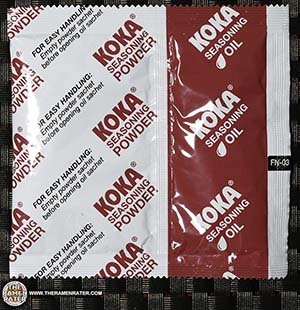 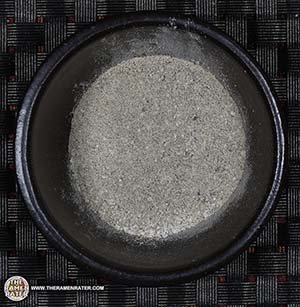 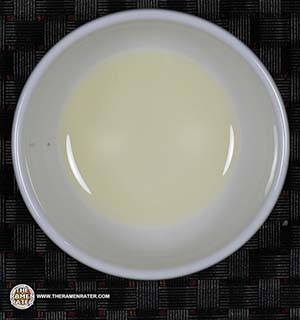 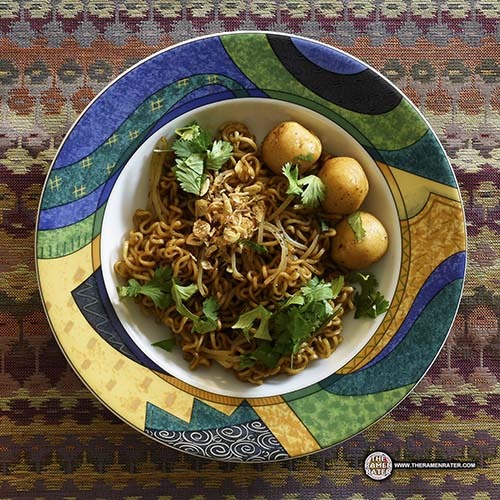 Finished (click to enlarge). Added Dodo fish balls, coriander, fried onion from Waroeng Jajanan, and Salad Cosmo organic mung bean sprouts. The noodles came out as expected – nice gauge and chew and good for a dry instant noodle dish. The flavor was a nice black pepper one – not too strong that it’s unbearable – just right in this one. It coats everything but isn’t soupy at all. 4.0 out of 5.0 stars.  EAN bar code 8888056820016.

KF Seetoh shows you how to make this popular singaporean crab