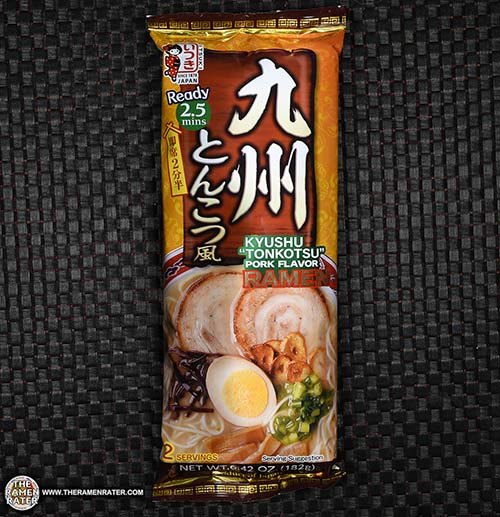 I think I found this one at 99 Ranch Market in Edmonds, Washington a month or two ago. I go in there an awful lot – they have the mung bean sprouts I like and usually with the longest expiration life in the area. I could go on and on about mung bean sprouts, but here’s a little about tonkotsu ramen from Wikipedia –

Tonkotsu (豚骨, “pork bone”; not to be confused with tonkatsu) soup usually has a cloudy white colored broth.It is similar to the Chinese baitang (白湯) and has a thick broth made from boiling pork bones, fat, and collagen over high heat for many hours, which suffuses the broth with a hearty pork flavor and a creamy consistency that rivals milk, melted butter or gravy (depending on the shop).

But yeah I could really go on and on and on about mung bean sprouts but I won’t today at least. Let’s give this tonkotsu a look.

Here’s the back of the package (click to enlarge). Looks to be meat free but check for yourself. To prepare, add a bundle of noodles to 500ml boiling water and cook for 2.5 minutes. Add in one sachet of soup base powder. Finally, stir and enjoy! Also, you can make both servings at once the same way – but use 900ml boiling water – not 1000ml. 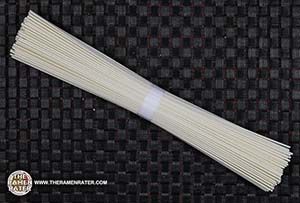 One of the two bundles of noodles. 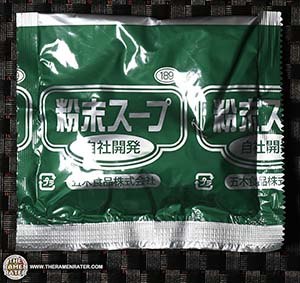 One of the two seasoning base sachets. 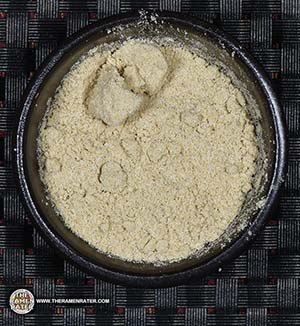 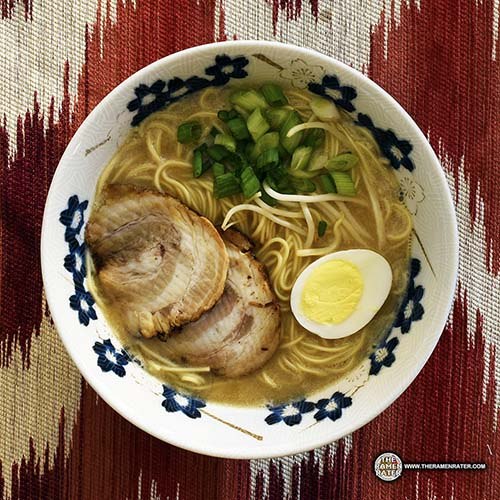 Finished (click to enlarge). Added hard boiled egg, chashu pork, spring onion and Salad Cosmo organic mung bean sprouts. The noodles came out very good – straight noodle with a nice gauge and tooth to them – not too chewy and not too soft. Right in the middle. The broth is luxuriant and giving – full of good flavor and very thick. A delight. 5.0 out of 5.0 stars.  JAN bar code 4901726013748.

Thai food is popular in the United States, however, in Thailand Japanese food is hugely popular