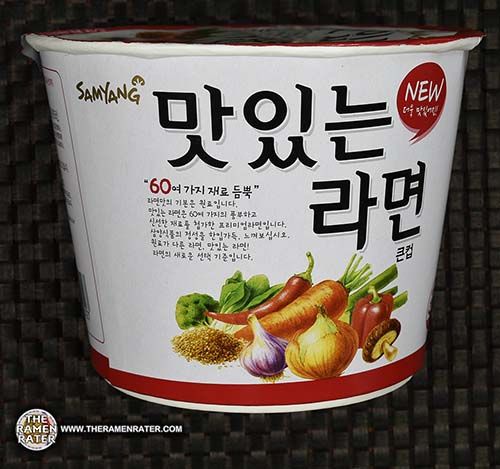 I’ve always loved the beef flavor, spiciness, and thick noodles that define ramyun. I’ve noticed in the past few years a few brands coming out with vegetable flavor ramyun – and they’ve all been pretty good! Looking forward to giving this one a try today!

As I’ve mentioned, I’m usually quite a way ahead on reviews as of late. It’s Tuesday, August 29th, 2017 today, but I’m guessing it’s October when it’s being posted. I really enjoy this time of year here – shadows get longer, it’s cooling off a little bit (although it’s been in the upper 80’s low 90’s here this week).

The big news is Hurricane Harvey in Texas and record flooding, Trump threatening to shut down the government by not funding it over getting his border wall with Mexico, and North Korea launching a missile that flew over Japan.

I’m guessing in 80 days or so people will hopefully have gotten rid of all that water in Texas, Trump will have had his tantrum and North Korea will still be testing its missiles at certain times.  The leaves will be falling off the trees and it’ll be cooler. People will be using their fireplaces and in the evening we’ll get rain. The new Star Trek series will have started as well – something we’re eagerly anticipating here.

Hopefully, the world is in a bit better shape and everyone’s having a good day. Anyways, let’s have some vegetable ramyun!

Detail of the side panels (click to enlarge). Looks to be meat free but check for yourself. To prepare, add in sachet contents and fill to line with boiling water. Cover for 4 minutes. Finally, stir and enjoy! 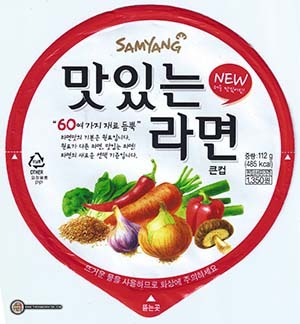 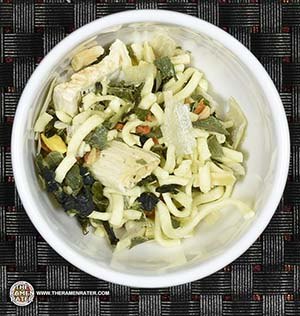 Loose vegetables from the bottom of the cup. 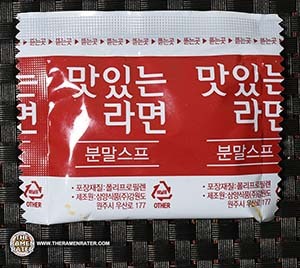 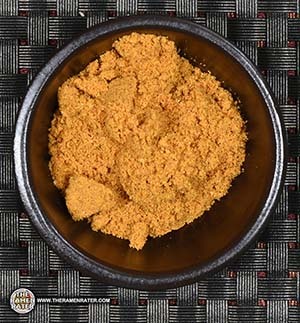 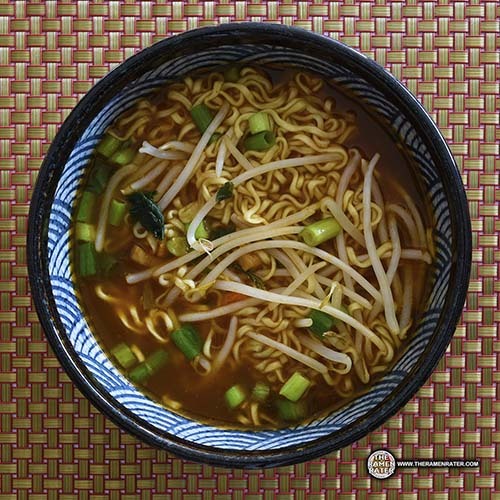 Finished (click to enlarge). Added spring onion and Salad Cosmo mung bean sprouts. The noodles plump up nicely and do quite well even though they’re steeped ramyun. The broth has a nice tanginess and heartiness to it. It’s spicy but pretty accessible. The included veggies were good. 3.75 out of 5.0 stars.  EAN bar code 8801073210127.

Do you know the names of Korean vegetables??