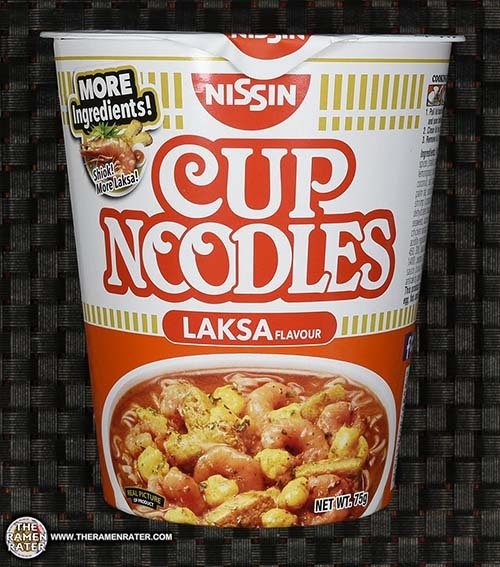 Ahh, Laksa – nothing like it. In fact, there are lots of kinds of laksa; sweet, creamy, curry, fish – every area has their own take on the dish. Let’s see what Wikipedia has to say about laksa –

Laksa is a popular spicy noodle soup in the Peranakan cuisine.[1][2][3] Laksa consists of rice noodles or rice vermicelli with chicken, prawn or fish, served in spicy soup; either based on rich and spicy curry coconut milk, or based on sour asam (tamarind or gelugur). It can be found in Malaysia,[4] Singapore, Indonesia[5] and Southern Thailand.[6]

There’s a ton more info on laksa in the Wikipedia entry here. Now, let’s grab our utensils and dig into this cup with a new recipe!

Detail of the side panels (click to enlarge). Contains shrimp. To prepare, add in sachet contents and boiling water to fill line. Cover for 3 minutes. Finally, stir and enjoy! 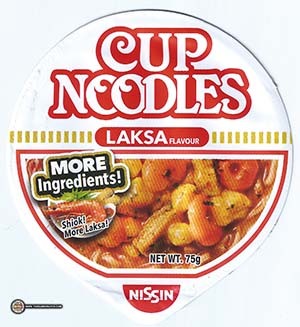 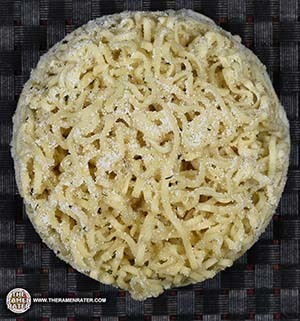 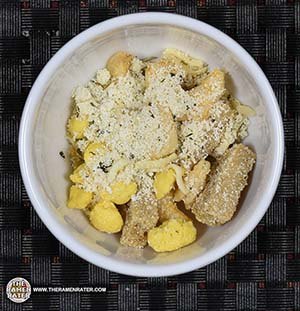 Loose ingredients and seasonings from the cup. 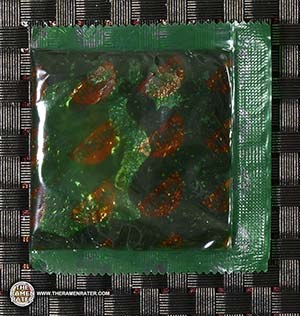 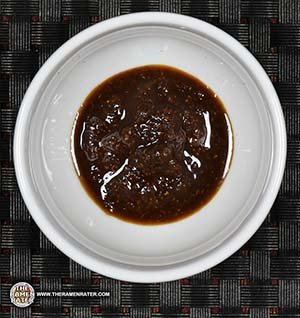 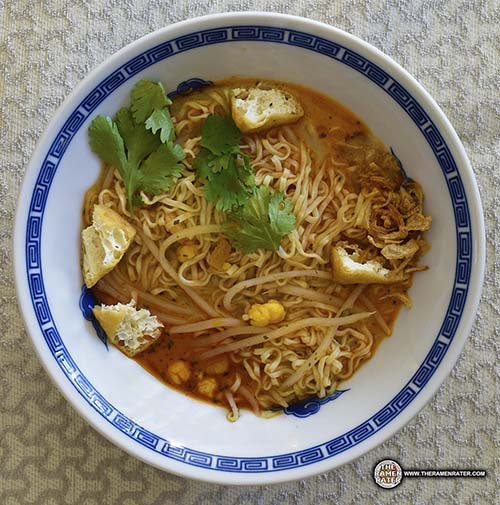 Finished (click to enlarge). Added Coriander, Salad Cosmo mung bean sprouts, fried onion, tau pok, and chilli oil. The noodles are soft and plentiful – kind of a narrow flat nature with a light mouthfeel. The broth is seething with flavor – from the spicy to the sweet and it’s nice and creamy. The included shrimp, egg and tau pok are very good. 5.0 out of 5.0 stars. EAN bar code 8888279102081.