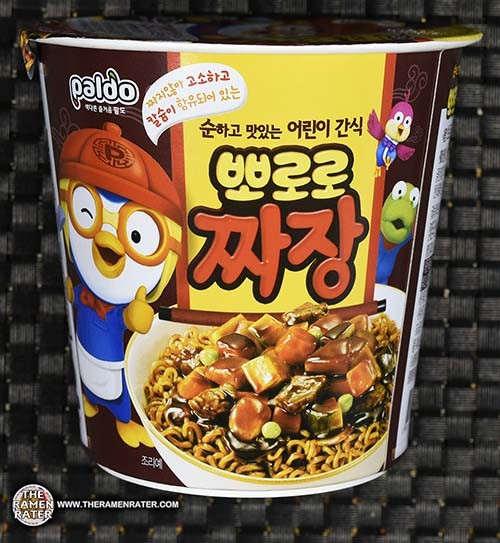 Here’s yet another one I found up in Canada in July of 2017! Found this at HMart after having a really great dim sum lunch with some new friends at Aberdeen Centre in Richmond, BC. Okay, so Jjajang is a black bean sauce noodle. But Pororo? Let’s look at Wikipedia –

Pororo the Little Penguin (Korean: 뽀롱뽀롱 뽀로로) is a Korean computer-animated television series created by Iconix Entertainment, SK Broadband, Ocon and Channel One with the North Korean company Samchŏlli in Kaesŏng. Production began in 2002 and the program began airing in South Korea on EBS in 2003.

The series revolves around the adventures of Pororo and his friends who live in the snowy village of Porong Porong Forest, who often encounter challenges and learn practical and moral lessons in each episode.

Hey cool a TV tie in – let’s check out this cup!

Detail of the side panels (click to enlarge). Looks to be meat free but check for yourself. To prepare, add boiling water to fill line and cover for 3 and a half minutes. Using pokeable holes in the lid, drain off excess water, then add sachet contents. Finally, stir and enjoy! 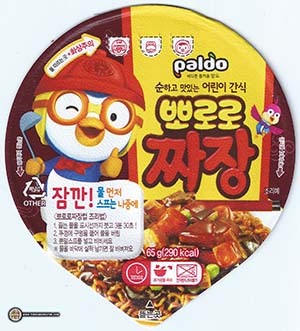 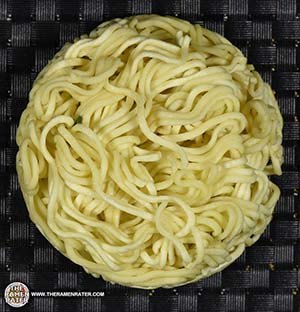 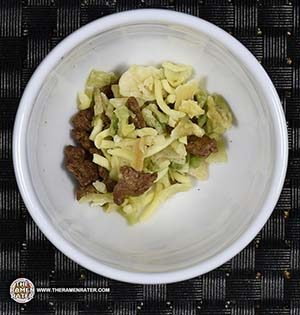 Loose bits from inside the cup. 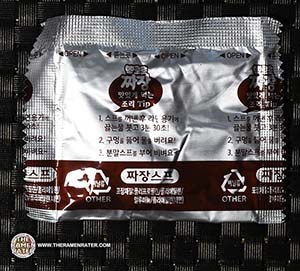 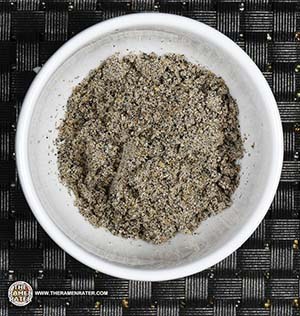 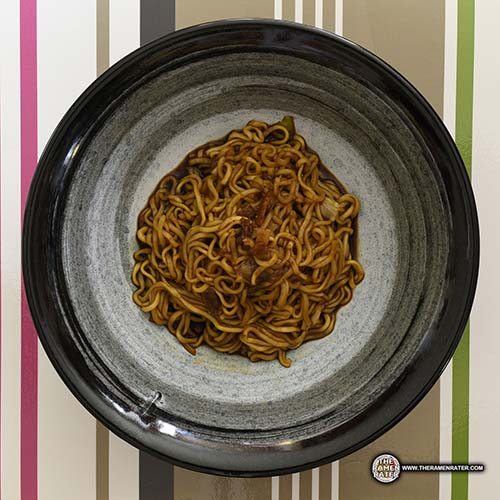 Finished (click to enlarge). The noodles hydrated well enough in the 3 and a half minutes directed. They have a decent gauge and chew although a tad on the spongy side. The flavor is a very milk jjajang. Mild almost to the bland side of things which was a bummer – these guys make some of their best jjajang out there. 2.5 out of 5.0 stars.  EAN bar code 8809296882695.

An episode of Pororo