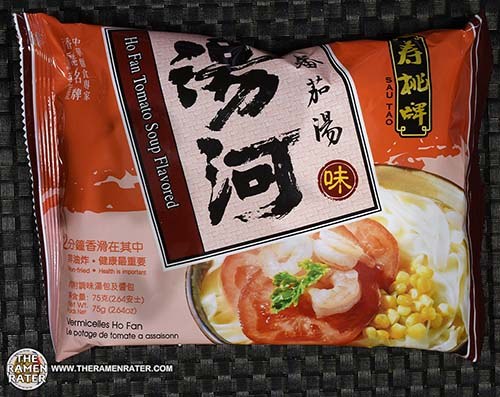 Here’s another one sent by Colin from Massachusetts – thanks again! So this is a Hong Kong variety. Let’s see if I can find something on Wikipedia about Ho Fan –

While shahe fen and he fen are transliterations based on Mandarin, there are numerous other transliterations based on Cantonese, which include ho fun, hofoen (a Dutch transliteration in Suriname), hor fun, sar hor fun, etc. In addition, shahe fen is often synonymously called kway teow (粿條), literally “ricecake strips”, transliteration based on Min Nan Chinese, POJ: kóe-tiâu) or guotiao (Mandarin pinyin: guǒtiáo), as in the name of a dish called char kway teow. However, shahe fen and kway teow are strictly and technically not the same (the latter being essentially ricecakes sliced into strips) and the Min Nans in general still consciously make a distinction between shahe fen and kway teow in their speech. Original ricecakes or its strips are very stiff in texture (even after cooking), making them unpopular with modern consumers.

It is also known in Sabah as da fen (大粉), means “wide vermicelli“, due to its similarity of colour and texture to rice vermicelli.

I *think* these are the same thing. With that, let’s dig in! 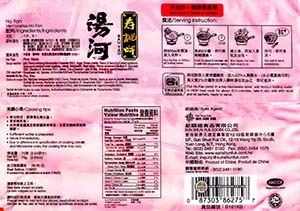 Here’s the back of the package (click to enlarge). Looks to be meat free but check for yourself. To prepare, add noodles to 600ml boiling water. Cook for 2 minutes then add sachet contents. Finally, stir and enjoy! 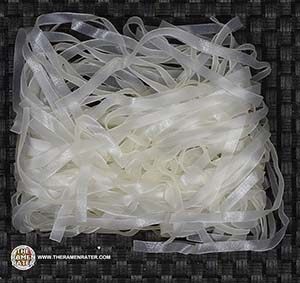 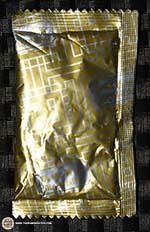 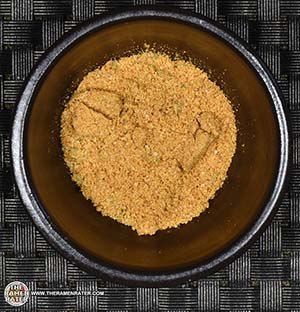 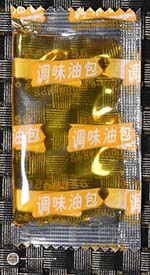 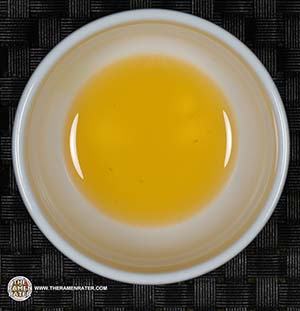 Orange in color, that’s for sure. 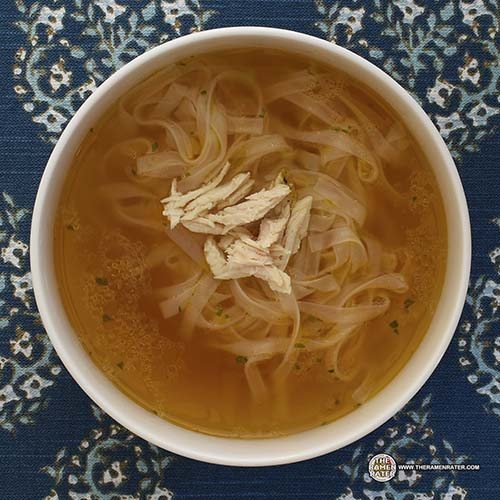 Finished (click image to enlarge). Added a little shredded chicken. The noodles are broad and flat. They are chewy, but not overly so. The broth has a tomato flavor, although is extremely thin. 2.5 out of 5.0 stars. UPC bar code 087303862757.