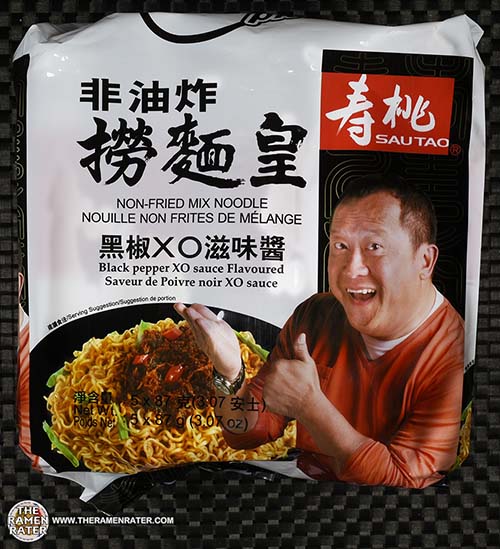 Today, I’m reviewing something from Hong Kong. These are in 5 packs – and the individual packs haven’t got bar codes. Indeed, I have wondered why I couldn’t find individual servings of this one, but that definitely makes sense now; hard to sell a variety without a bar code. Why don’t they put bar codes on them? I don’t know, but they definitely want you to buy a pack.  For those who aren’t in the know about XO sauce, here’s a little something from wikipedia:

Developed in the 1980s in Hong Kong for Cantonese cuisine, XO sauce is made of roughly chopped dried seafoods, including scallops, dried fish and shrimp, and subsequently cooked with chili peppers, onions, and garlic. This dried seafood-based sauce bears similarity to the Fujianese Shacha sauce. Spring Moon, the Peninsula Hong Kong’s Chinese restaurant, is often credited with the invention of XO sauce, although others claim the sauce’s origin in the urban area of Kowloon.[2]
The name XO sauce comes from fine XO (extra-old) cognac, which is a popular Western liquor in Hong Kong and considered by many to be a chic product there. In addition, the term XO is often used in the popular culture of Hong Kong to denote high quality, prestige and luxury. In fact, XO sauce has been marketed in the same manner as the French liquor, using packaging of similar colour schemes.[3]

Let’s have a look at this pack version. Alternately, I have indeed reviewed the bowl version. 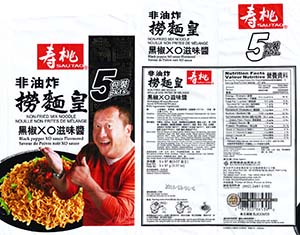 Here’s the detail from the large 5 pack outer wrapping (click to enlarge). Contains seafood. To prepare, first add the noodle block to a pot of boiling water and cook for 3 minutes. Next, drain. Finally, add in sachet contents. Stir and enjoy! 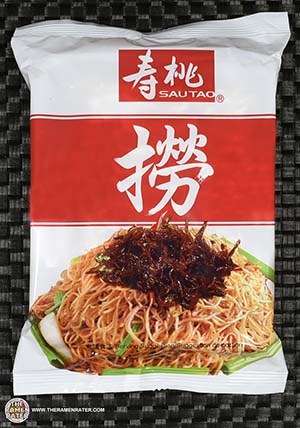 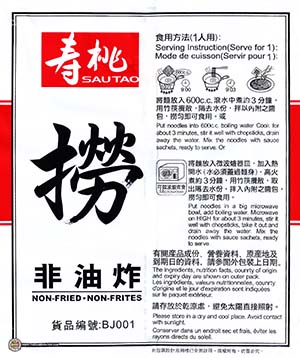 Here’s the back of an individual package (click to enlarge). 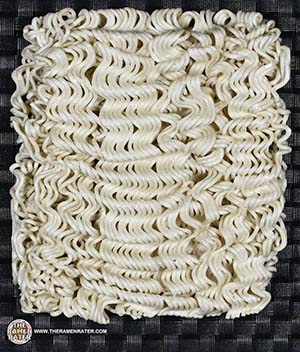 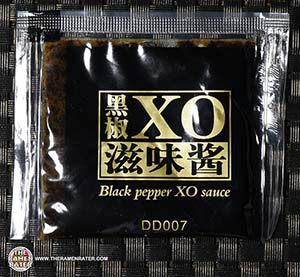 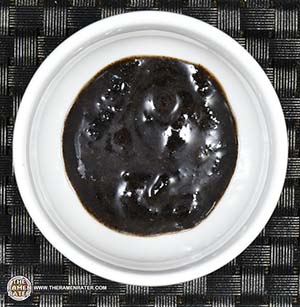 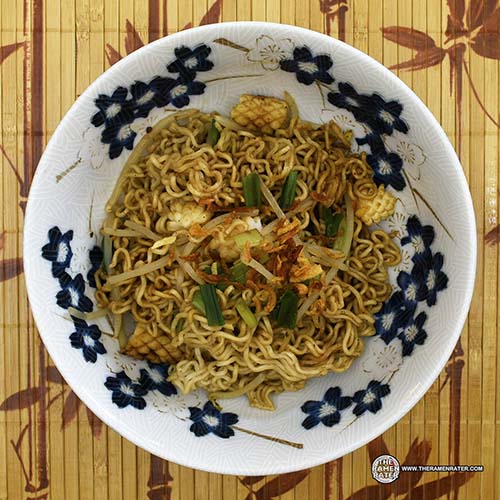 Finished (click to enlarge). Added spring onion, Salad Cosmo mung bean sprouts, carved squid and fried onion. To start, the noodles were of a standard gauge. In addition, they’re not fried. Furthermore, they have a extra backbone which is nice. The flavor was a nice peppery seafood kind of to-do. The only problem I had was that it was very hard to get all of the sauce from the sachet, and the noodles when drained are very dry and this makes it hard to combine. However, this stuff is just plain delicious. 4.5 out of 5.0 stars. UPC bar code 087303865390.