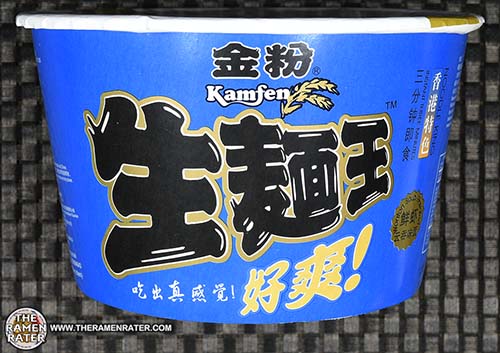 Got this bowl quite a while back – I’ve got lots of new varieties and still trying to clear out the ones that are close to expiration! So let’s ask Wikipedia about wonton noodles –

Wonton noodles (pinyin: Yúntūn miàn; Cantonese Yale: wàhn tān mihn, sometimes called wanton mee (“wanton” is a Cantonese word for dumpling while noodles in Hokkien is “mee” or in Cantonese, “min”) is a Cantonese noodle dish which is popular in Guangzhou, Hong Kong, Malaysia, Singapore and Thailand. The dish is usually served in a hot broth, garnished with leafy vegetables, and wonton dumplings. The types of leafy vegetables are usually kai-lan also known as Chinese kale. Another type of dumpling known as shui jiao is sometimes in place of wonton. It contains prawns, chicken or pork, spring onions with some chefs adding mushroom and black fungus.

In Hong Kong and Guangzhou, wonton noodles are usually in steaming hot soup with shrimp wontons and with leafy vegetables.[1] There are plenty of variations of this popular Cantonese dish, with different toppings and garnishes. For example, the soup and wontons in a separate bowl, the noodles being served relatively dry, with the toppings and garnishes, dressed with sauce, dipping the noodles in the soup to eat it.

There are four distinct features: First, the wontons are predominantly prawn, with small amounts of minced pork, or no pork at all. Second, aficionados will insist on fresh, smooth thin noodles which are al dente, free from the taste and odor which is characteristic in many egg noodles when cooked. Third, the bouillon is light brown (prepared from dried flounder) and is usually steaming hot. Lastly, garlic chives are used as a garnish. The first two give the dish a wet but crunchy or crispy mouthfeel. The last two give the dish a unique bouquet.

In order to ensure that the noodles are perfectly al dente and free from “noodley” taste, the cooking process and sequence must be meticulously adhered to. The wonton is cooked first, and then placed in the bowl. The noodles are blanched for only 10 seconds, after which they are rinsed under cold water and placed in the serving bowl. Piping hot bouillon is then scooped into the bowl, on top of the wonton noodles. The bouillon must be tasty, yet not so strong as to overpower the delicate taste of the wonton and the noodles which it is meant to accompany.[2]

When served, the spoon must be placed at the bottom, with the wontons above the spoon and the noodles on top. Because if the noodles soak in the soup for too long then it will be over cooked, this is strictly adhered to by the best wonton noodle establishments.

Although the “wonton noodle” is synonymous with wonton and noodles in piping hot bouillon, the dish may also be “dry”, as in lo mein (撈麵), where the wonton are on a large bed of noodles.

Let’s give this wonton noodle variety from Hong Kong a look.

Detail of the side panels (click to enlarge). Contains fish. To prepare, add boiling water to fill line as well as all the sachets. Let steep covered for 3-4 minutes. Finally, stir and enjoy! 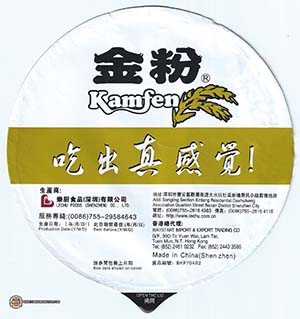 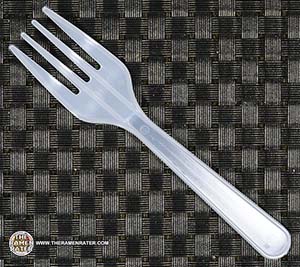 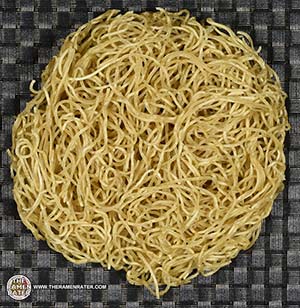 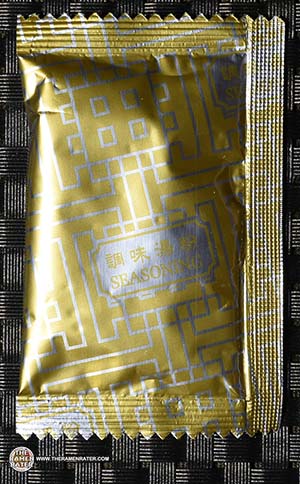 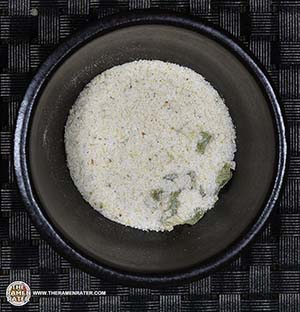 A light colored powder with flecks of herbs. 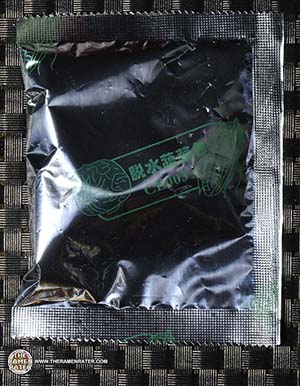 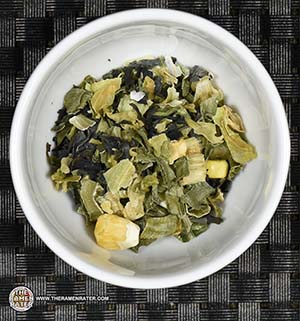 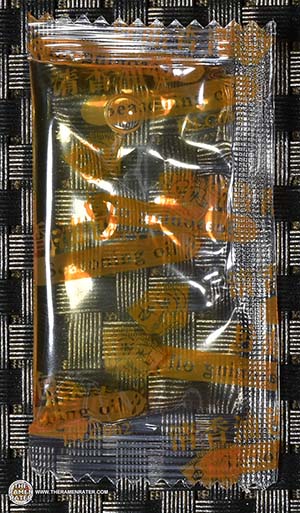 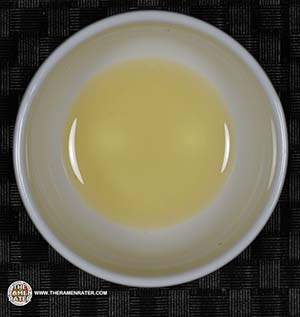 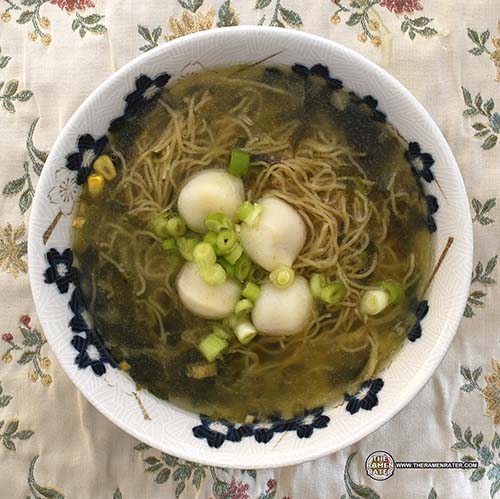 Finished (click to enlarge). Added fish ball and spring onion. So the noodles are very chewy with a very unique crumble. Indeed, they are very hearty and good. The broth has a very nice taste and body – good oiliness and a perfect compliment for the noodle. Finally, the vegetables included were mostly corn and seaweed which hydrated to perfection. 5.0 out of 5.0 stars.  EAN bar code 6920363400696.

The Hong Kong cookbook;: A new kind of authentic Chinese cookery adapted to the American kitchen,

A walk around a Hong Kong street market.