Okay, I’m familiar with yakisoba, but what’s Gotsumori sauce all about? After some scouring of the Internet, I didn’t find a whole lot. I found on the manufacturer’s site that the sauce is spicy and also has a sachet of Kewpie karashimayonnaise (kind of a mayo-mustard thing). Anyways, yeah I’m definitely coming up short on this one! Let’s have a look. 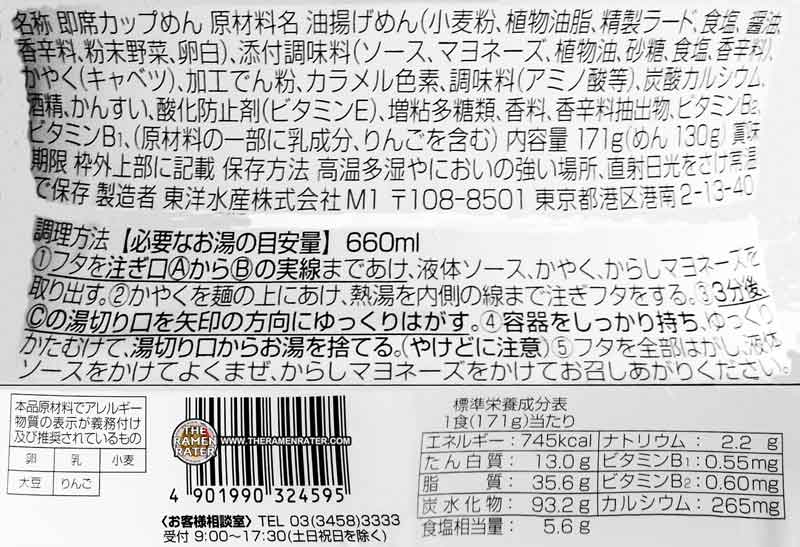 Details from the side and bottom of the package’s outer wrap (click image to enlarge). 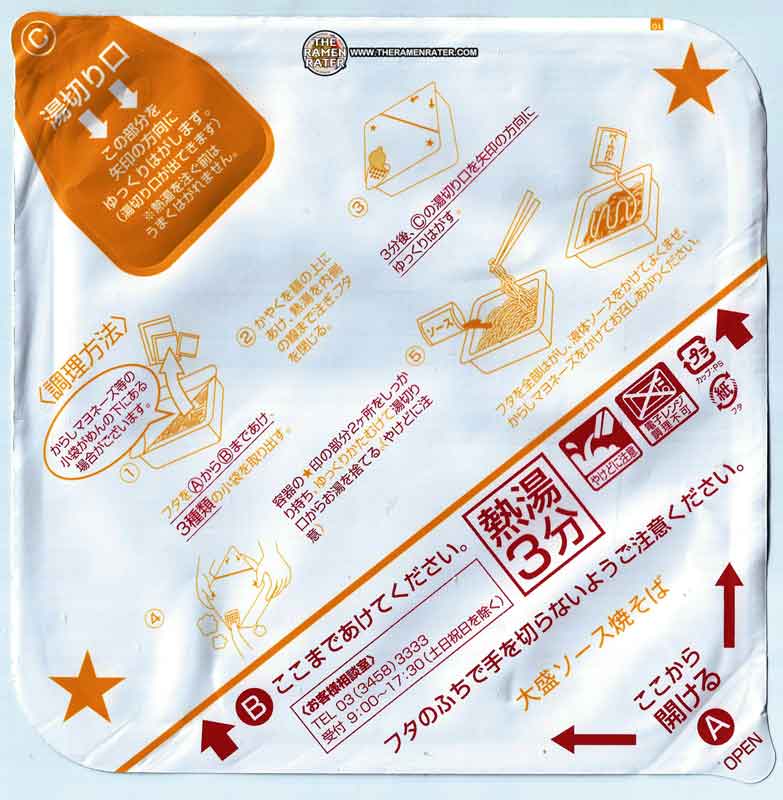 Under the wraps – this is the large lid for this tray (click image to enlarge). To prepare, open the lid using tab A to the line B. Remove all sachets. Empty vegetable sachet into the tray. Add boiling water to fill line and re-cover. Let steep for 3 minutes. Remove tab C and drain. Remove the whole lid and add in large sauce sachet. Stir well and top with mayonnaise sachet. Enjoy! 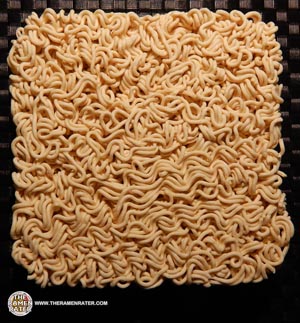 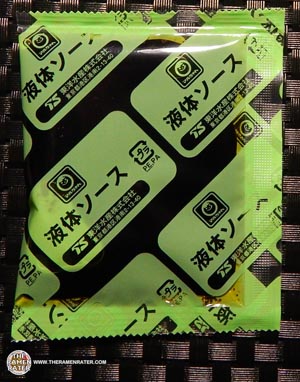 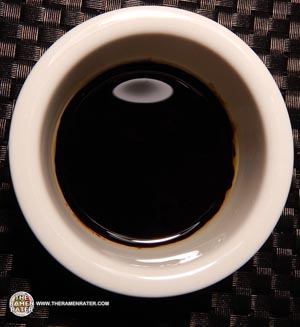 Has a nice yakisoba scent. 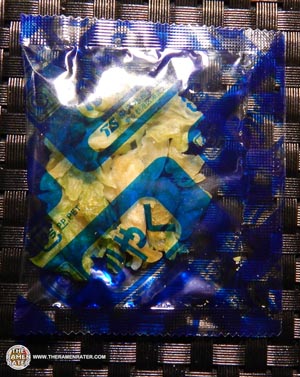 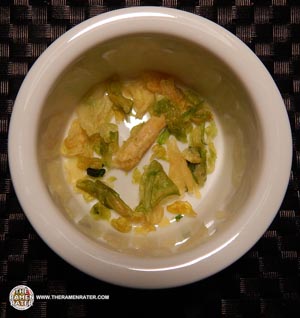 Cabbage and other bits. 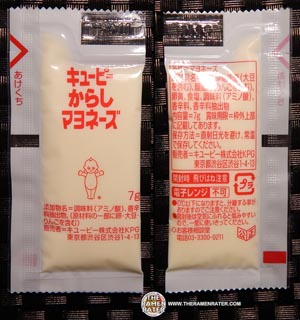 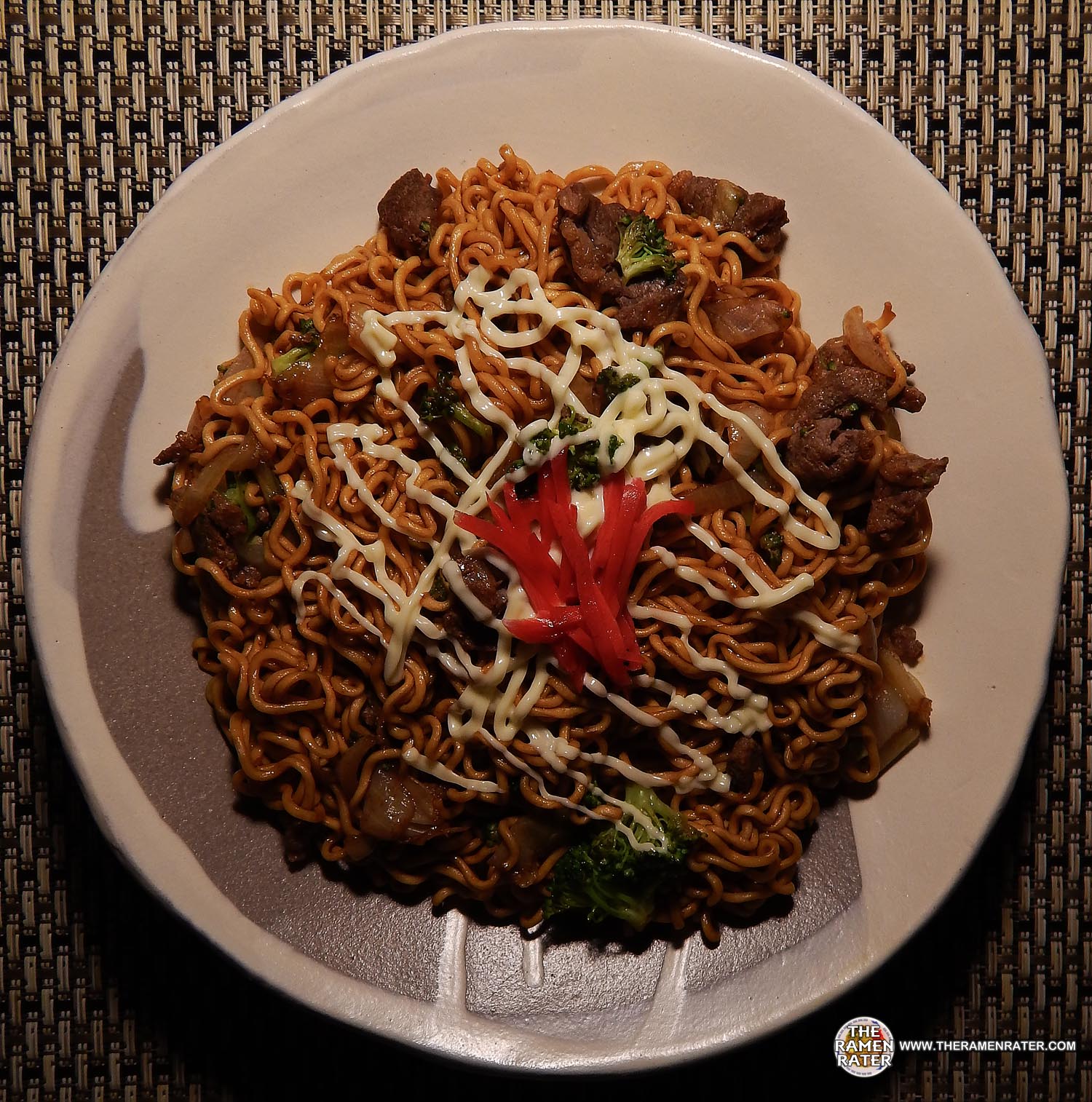 Finished (click image to enlarge). Added sauteed beef, sweet onion and broccoli with a little kizami shoga on top. The noodles are bouncy and tasty – and plentiful; this is a massive amount of food and could easily be split for two people. The yakisoba sauce doesn’t come across as spicy at all, but has a very nice flavor. The vegetables hydrated exceptionally well – the cabbage was crunchy! The Kewpie mayonnaise has a nice hit of spiciness though – and it works extremely well. Great stuff! 5.0 out of 5.0 stars EAN bar code 4901990324595.

You can get these Gotsumori Yakisoba trays here on Amazon!

I think this is awesome – so it looks like they’ve got a ton of different yakisoba and they’re all trying to tell which is which by taste? Whatever’s going on, it’s pretty awesome. Wish I would’ve been there! I mean, I’ve tried one or two tray yakisobas in my time… Maybe next time?