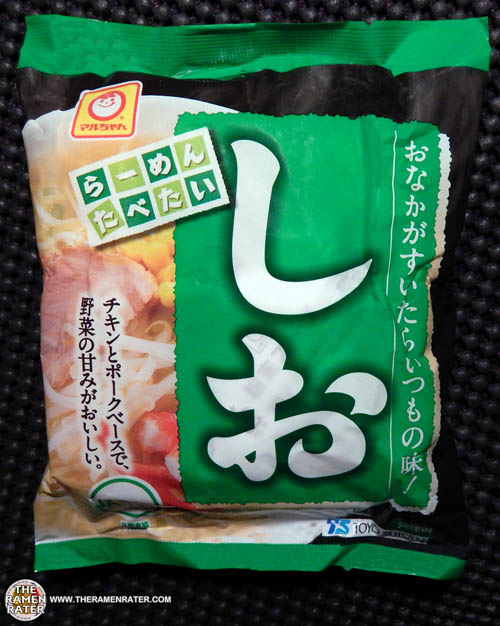 I like the title of this one, because to be honest, I do want to eat Shio ramen today! Shio translates to salt in Japanese, but it’s not like you get a block of noodles and a packet of table salt. There are four main variants of Japanese ramen, with Shio being one of them. Here’s what wikipedia has to say about Shio:

Let’s see what this one has in store! 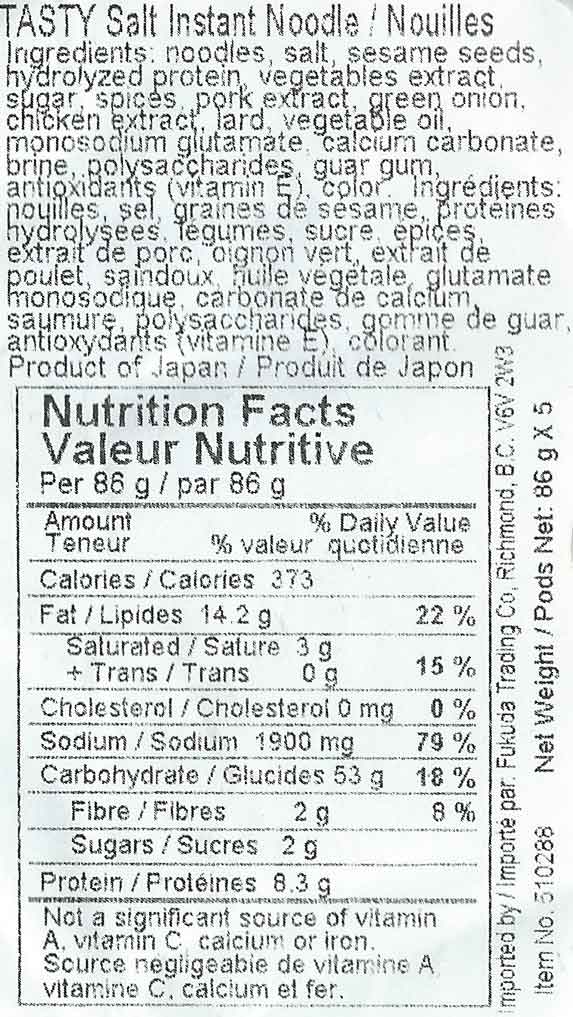 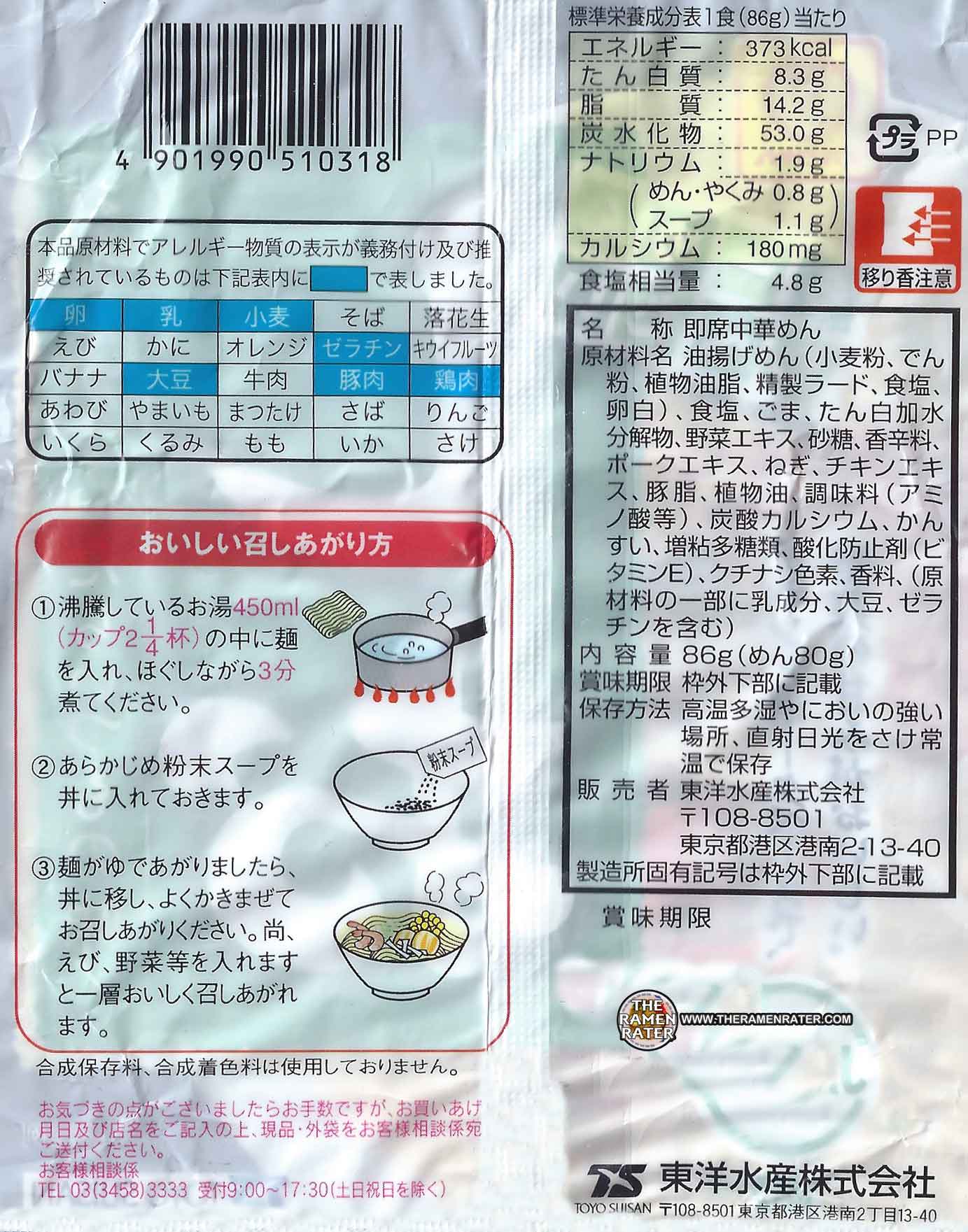 The back of the package (click image to enlarge). Add noodle block to 450ml boiling water and cook for 3 minutes. In a separate bowl, add sachet contents. Add water and noodles to bowl and stir. Enjoy! 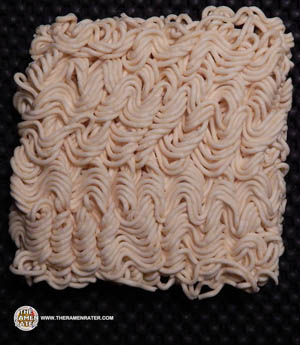 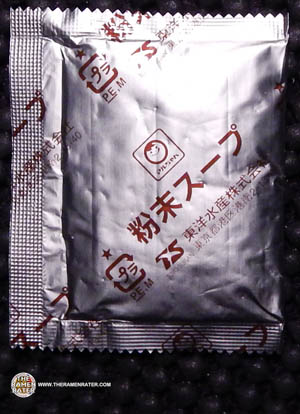 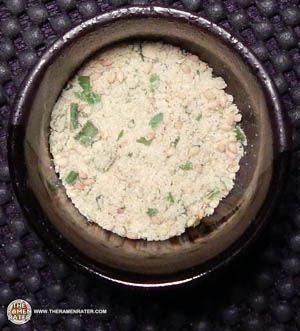 Has a salty and kind of buttery scent. 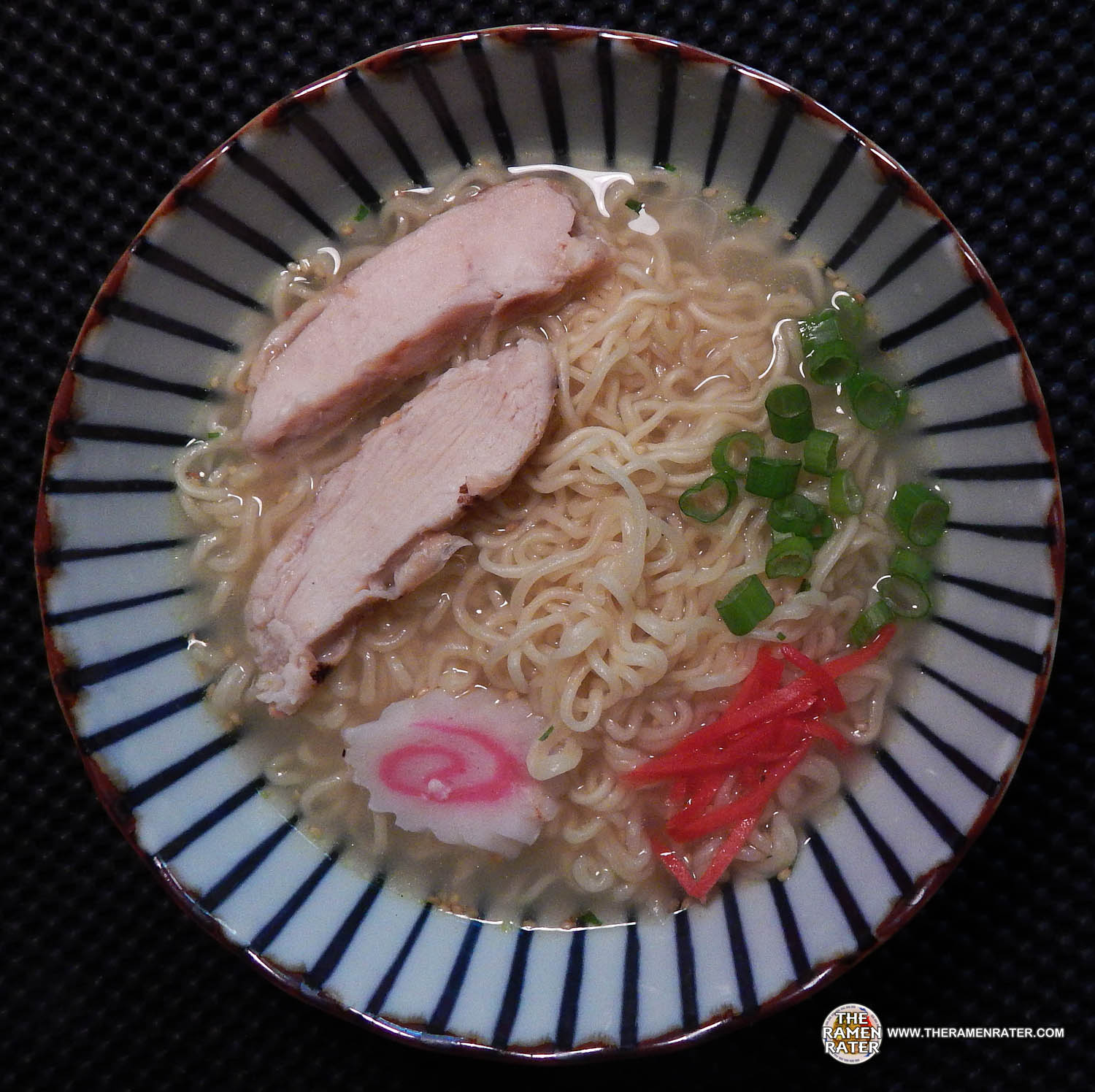 Finished (click image to enlarge). Added green onion, narutomaki, grilled chicken and kizami shoga (pickled ginger). The noodles came out nicely – plentiful and just fluffy enough. A very standard gauge and chewiness. The broth is salty and has a chicken flavor to it. This is very reminisent of a standard chicken flavor domestic, but just a little nicer. 3.75 out of 5.0 stars. EAN bar code 4901990510318.

Maruchan has a premium line called Seimen. Here’s a short cooking video about preparing the Shoyu variety I believe.