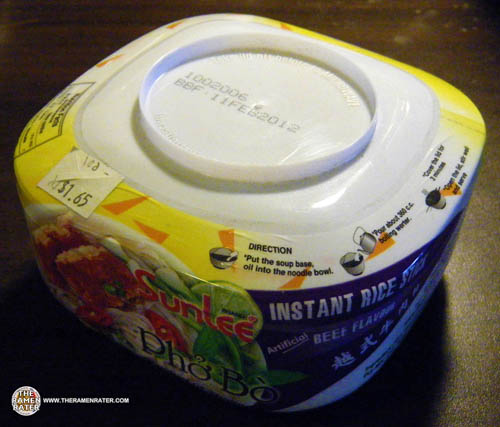 So this looks interesting – a square bowl! It’s also Sunlee brand which I’ve enjoyed in the past. Got this at a nice little shop in Anaheim while we were doing Disneyland. 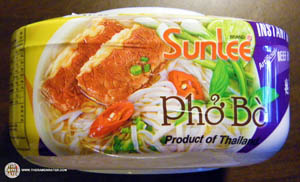 Rice stick? Beef and sticks of rice… Sounds like fun! 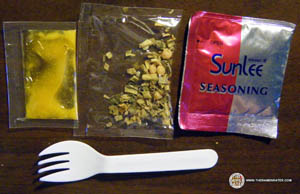 A few packets and a fork! Oil, veggies and seasoning powder 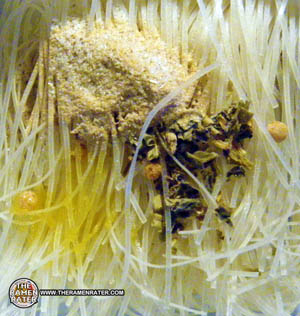 Here’s everything out of the packet atop the noodles. I like the color of the oil and the veggies against the rice sticks… 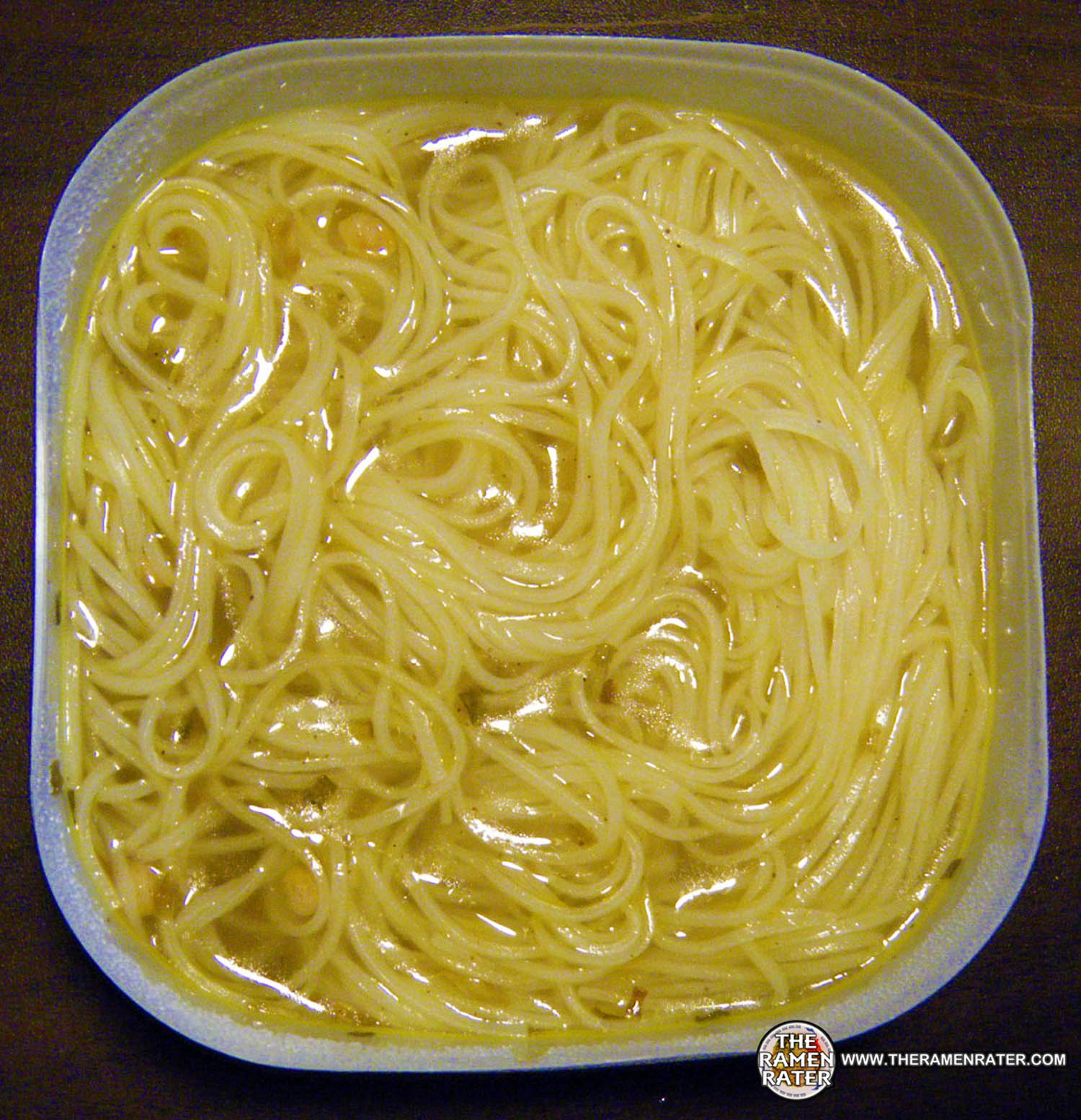 Click image to enlarge. So you add 360cc water and cover it for a few minutes and presto! Not too shabby – I wish the noodles had been a little more done. I let them sit extra long too. Maybe that’s what makes it ‘stick.’ Anyways, the flavor was nice and beefish and the broth was tasty. The broth did however have some greasiness that didn’t jibe right with the noodles and kind of knocked everything off kilter and made the meal seem like an afterthought as the packaging was very attractive.  I saw this same thing happen with the Fashion Foods varieties I’ve reviewed before. 2.0 out of 5.0 stars. It could’ve been done a little differently and been quite nice but honestly it was a trainwreck.

An old film about propaganda.