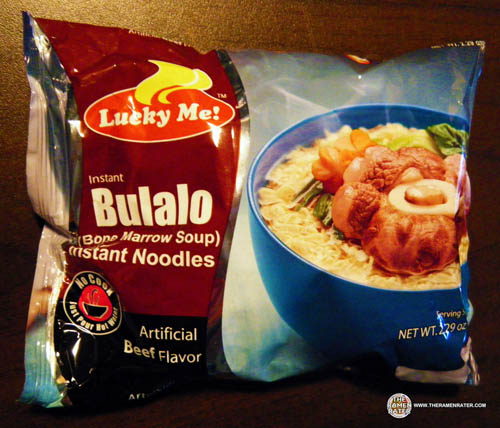 It’s been sitting in my big ramen box for quite a while now and been contemplating trying this one as of late. Got an email this morning from someone who read the article in the Herald about this site and this stuff was mentioned, so I thought no time like the present. Lucky me!

A couple of packets – powder on the left, strange little clove-like things and veggies on the right. 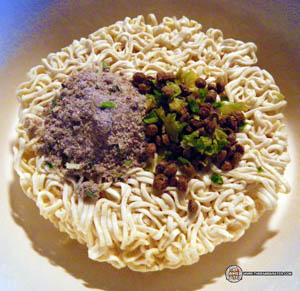 So this one is a ‘no cook’ variety, however I find that silly since it does cook just like a cup noodle. So you put the noodle block and seasonings in the bowl and add 400cc (about 2 cups) of water. Then you cover it. I’m sorry, but to me, boiling water is cooking; you’re making hot water soup right? 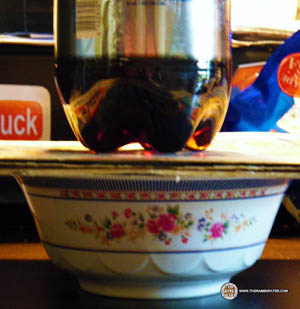 So I covered the bowl with the boiling water in it with the Sons of Champlin album and put a Pepsi 2 liter on top so the album might warp a little and the noodles would get their full coverage. 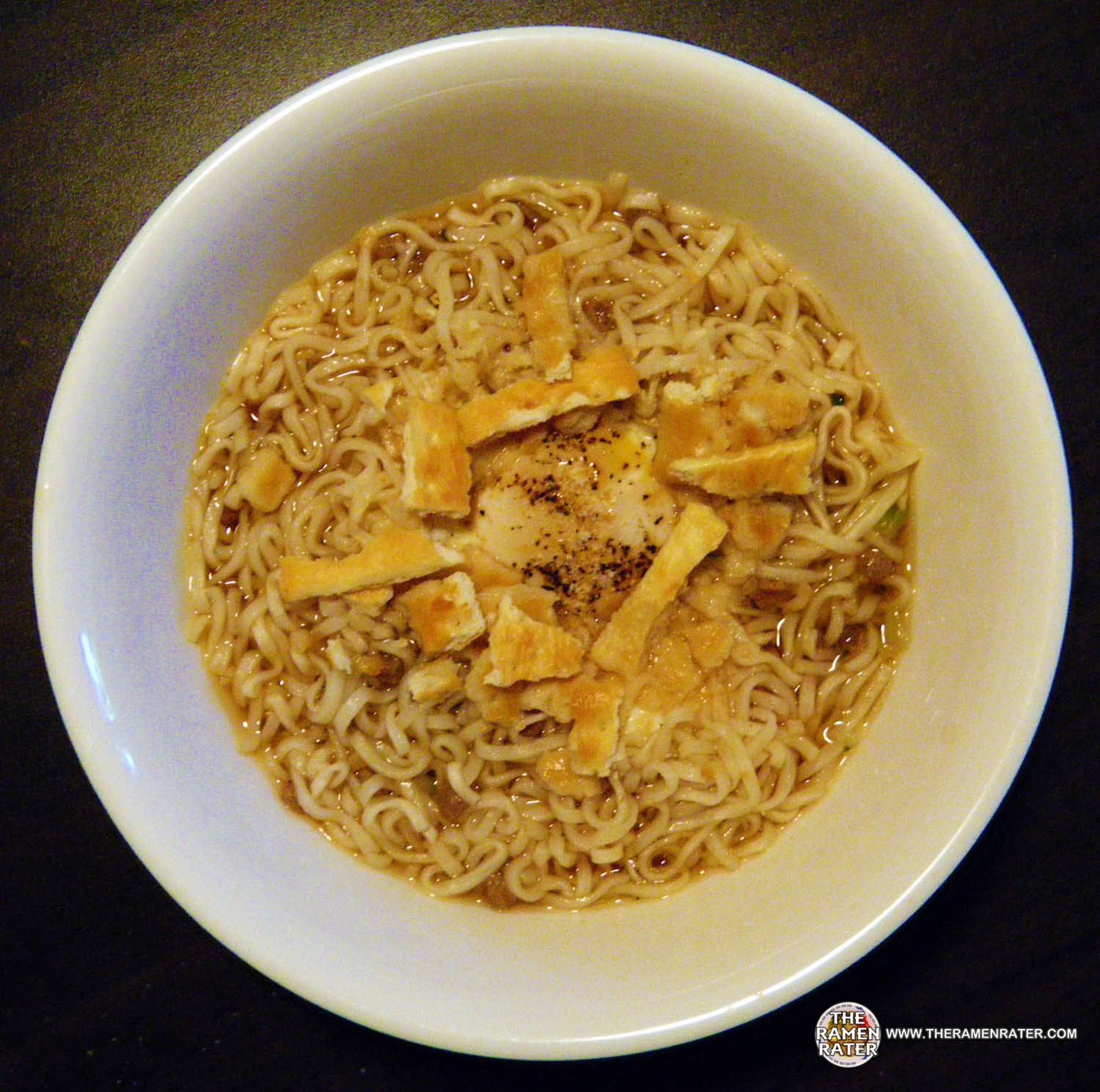 Click image to enlarge. Ok so here’s the deal. I have a bowl of Lucky Me! noodles a while back – Sotanghon I believe, and they came with ‘free crackers.’ This was a good deal and so I thought I’d try this one with some ‘paid for’ crackers. So there are two crushed and neatly arranged Keebler Club Butter Garlic crackers there. Also in the middle underneath the crackers is a single fried egg – it has a little pepper and a little Jane’s Crazy Mixed Up Salt.

The noodles are very good – they almost remind me of the noodles one would find in Campbell’s Beef Noodle Soup. The broth is nice and tasty. The veggies and little fake meatball thingies are really strange but fun. The whole thing ties togethe to make a tasty meal. I liked this quite a bit. 3.75 out of 5.0 stars.

This stuff looks really tasty! Easy to cook too.