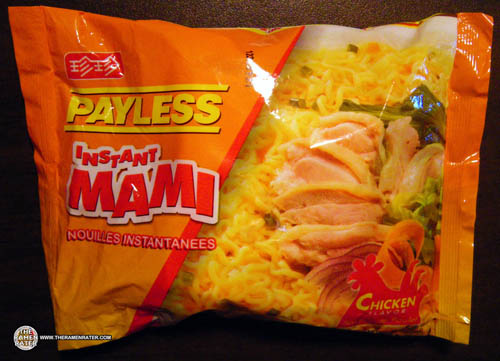 So here’s something new by a name I’ve liked a lot in the past. I have always given high marks to Payless’ Pancit Canton varieties, but this is the first time with some Instant Mami. Mami? What is Mami?! Wikipedia says it is:

Mami, a type of noodle soup found in the Philippines

Okay that’s a start… After looking around a bit, it seems that Pancit Mami means noodles in broth, so I’m figuring since that’s what this is, that’s what it be.

A single solitary packet of powder. 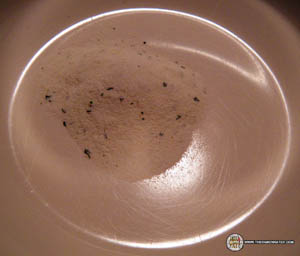 Some seriously white powder! Kind of hard to photograph, but got a good angle going on here. 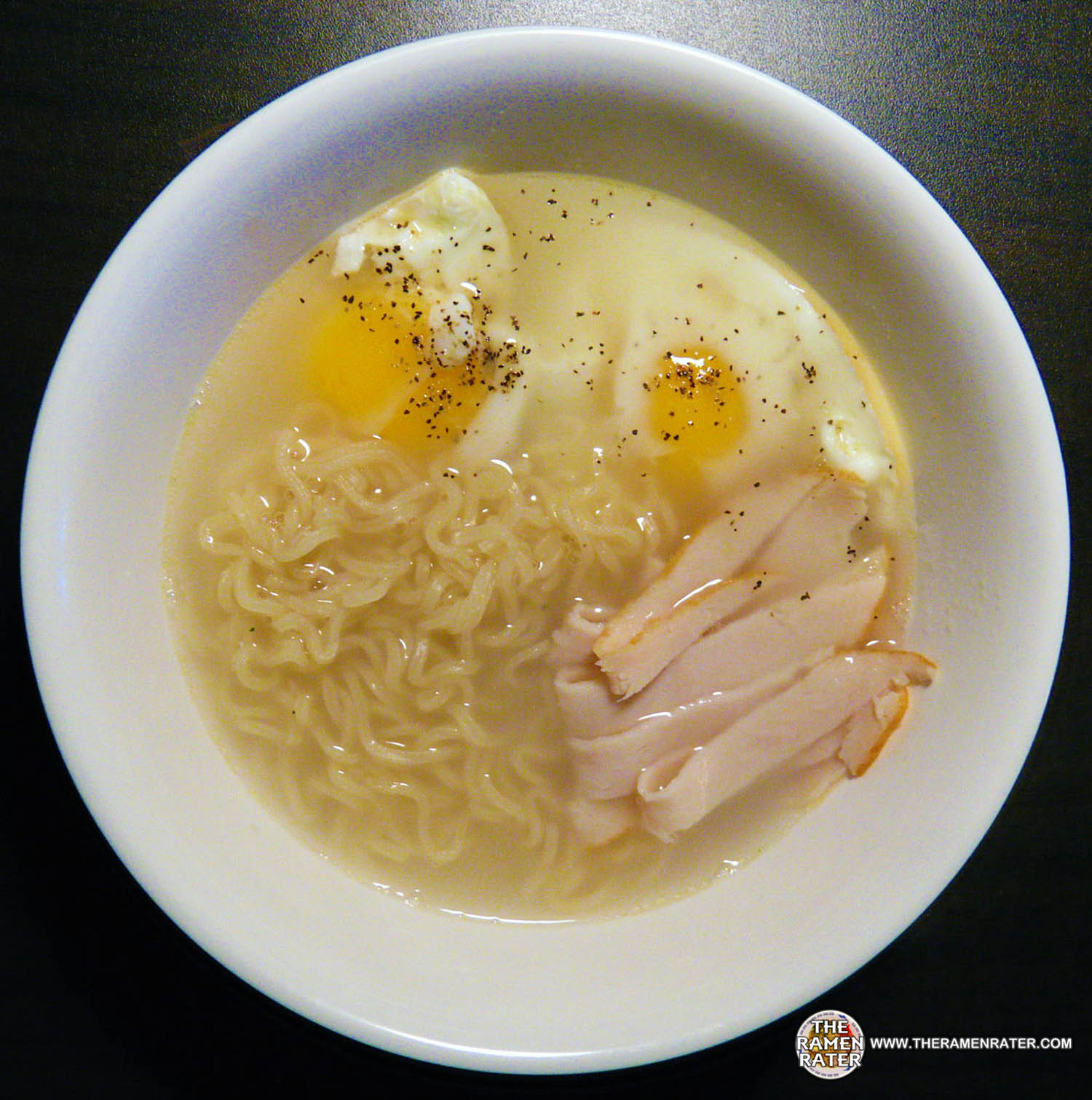 Click image to enlarge. Since it was my breakfast, I added two eggs (fried), which have a little douse of pepper and were cooked in a light amount of spray olive oil and garlic salt. Finally, I sliced a single slice of roasted turkey breast lunch meat.

So the broth is nice – very homey and comfortable; not too salty at all. The noodles are basic as can be and not out of the realm of basic expectations. The eggs went well as did the turkey and seasoning. It was a hearty and warming bowl of noodles. I liked it immensely. 4.0 out of 5.0 stars.

A commercial for the beef variety.

When I first got WiFi on a laptop years back, I decided it’d be cool to check out streaming radio. So I Googled streaming radio on Google. I found a huge list and quite by random, came across WWOZ New Orleans, LA. It was during a show hosted by a lady who went by the Soul Sister and was a show devoted to deep funk and rare grooves. During this, I got turned onto an album Nigerian Disco Funk and have dug on this stuff ever since, Worth an earfull!