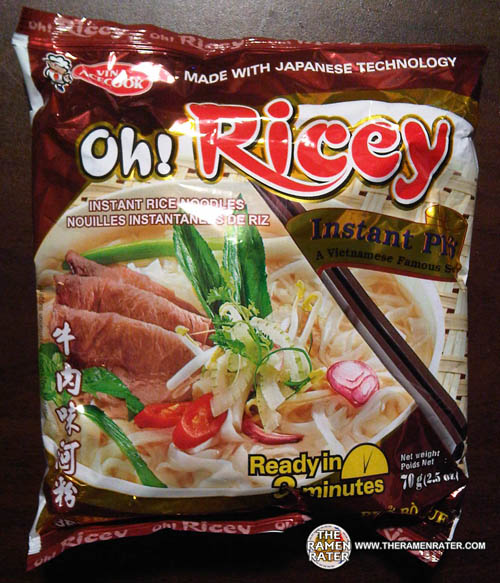 Here’s the last of the Vina Acecook stuff I got from HT Oaktree Market a few weeks ago (sniff). Overall, I’ve been really really pleased with the Vina Acecook line and hope to sample more very soon! So here’s the beef Pho… 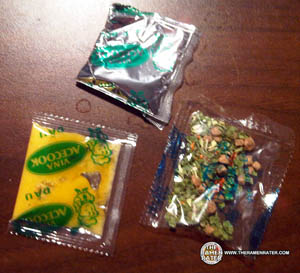 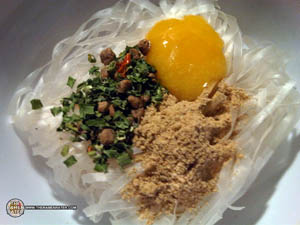 Set it all on top of the noodle brick in the bowl, put 400cc of water in with it and cover for a few minutes. Actually, I’ve been using a record lately – a 12″ maxi single of Tower of Power’s “Lovin’ You Is Gonna See Me Thru” – part of the Columbia Disco Series… It even says demo – not for sale! But it serves well to cover my noodles. 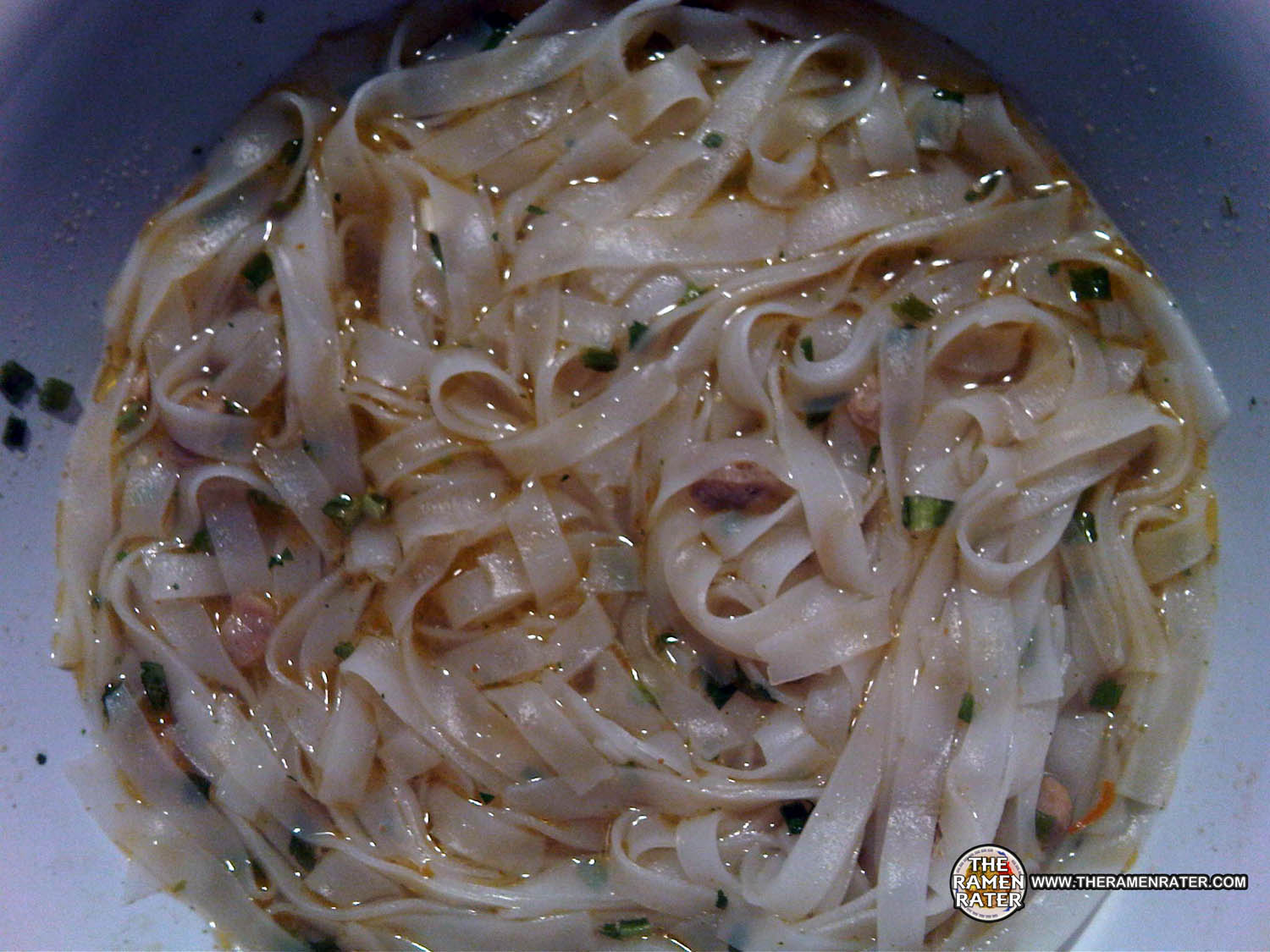 Final product (click image to enlarge). So we’ll start with the broth. The broth is probably the most important thing here; it’s what Pho is really all about. I’m quite pleased with this broth actually – it has a slight sweet basil taste and some beef hints and is rather complex. It isn’t as good as the local Pho, but it’s not too shabby. The rice noodles are great – they’re separate and tasty. There are also little bits of fake beef! I love crap like that. So all in all, a really decent thing to be beheld. I give it 4.0 out of 5.0 stars! Get it here.