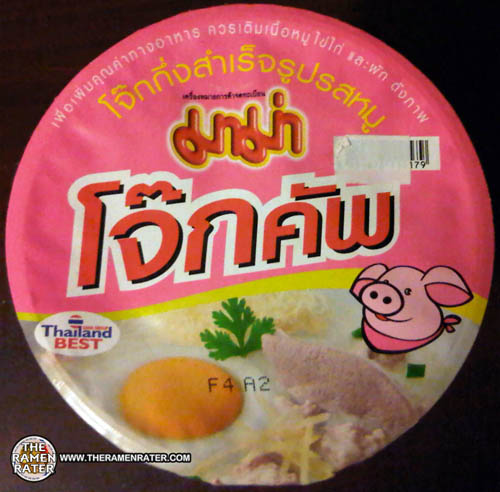 Pork porridge. Let me refine that – ARTIFICIAL pork porridge. Those three words have been kind of interesting to say while this little cup has been kicking it around here. But no more. Artificial pork porridge is lunch. 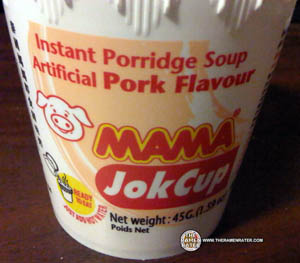 I like the little graphic of the pig happy as can be  that he isn’t in this cup of porridge. He’s probably also relieved that most people don’t go into a restaurant and request as to the special of the day and hear ‘pork porridge.’ 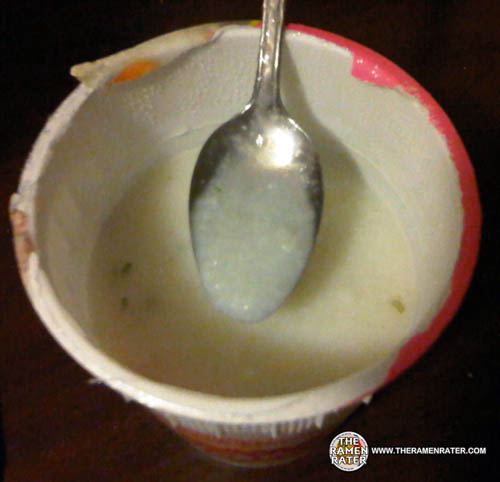 So here’s the end result. It came with a plastic spoon but it wasn’t my style. So you’re probably wondering what the heck pork porridge – that is artificial pork porridge – tastes like? Well, imagine Cream of Wheat but salty and with bits of onions in there and you’ve pretty much nailed it. It’s surprisingly good to be honest. So even though this wasn’t noodles, it was an instant affair in a cup. I see for it to be treated the same. I give this stuff 2.5 out of 5.0 stars; it was good but I couldn’t really see ever getting it other than for novelty and it really doesn’t give any feeling of satiation after eating it; more of a ‘wow that was full of sodium’ kind of feeling and 1170mg is a lot but much lower than most things of this nature.