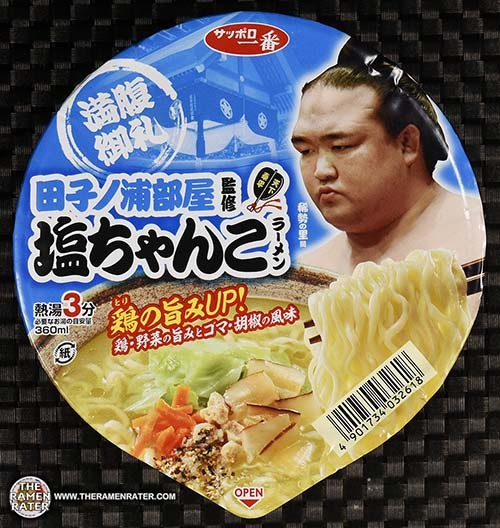 Hey look at this! This came by way of Hobby Link Japan, a great site that has all sorts of amazing Japanese things including instant noodles! Thank you very much! Here’s what they had to say about this unique variety on their website –

Eat like a sumo wrestler with this instant ramen take on the traditional hearty sumo stew, chanko! This one is made in collaboration with the famous Tagonoura Sumo Stable, so you know it’s going to be good. This variety includes cabbage, carrots, chicken, mushrooms, sesame, and black pepper alongside classic ramen noodles, all in a simply but tasty salt broth.

Interesting – so sumo wrestlers are from ‘stables.’ Here’s a little about this one from Wikipedia

The stable was established on 1 February 1989 by former yokozuna Takanosato Toshihide. The stable’s first sekitori was Rikio in 1994. Four more, Wakanosato, Takanowaka, Takayasu and Kisenosato, have reached sekiwake rank, with Takayasu and Kisenosato going on to reach the ōzeki and yokozuna ranks respectively in 2017. It had a reputation for being a close, family-knit stable, as Naruto did not allow his wrestlers to go out and train at other stables (which is unusual in sumo) or socialize with wrestlers from different stables.[1]

Naruto died suddenly on 7 November 2011. The stable’s current master, former maegashira Takanotsuru, changed to the Tagonoura toshiyori in December 2013 and renamed the stable accordingly.[2] Upon changing the stable name, the stable was also moved to the Ryōgoku area from Matsudo, Chiba. It has no connection to the defunct Tagonoura stable established by the late Kushimaumi. As of the January 2018 tournament it had 12 wrestlers. Five of them are new recruits who joined for the March 2017 tournament.

Alright – let’s try this one out!

Detail of the side panels (click to enlarge). Contains chicken and pork. To prepare, add boiling water to fill line as well as dry sachet and cover for 3 minutes. Add in liquid base sachet. Finally, stir and enjoy! 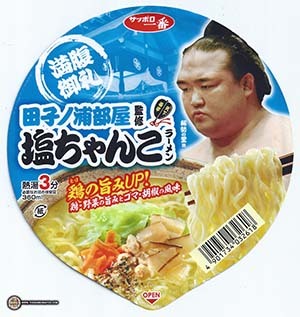 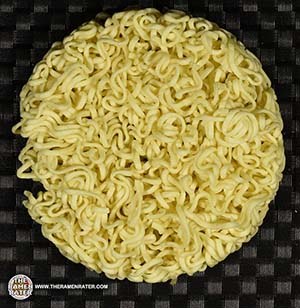 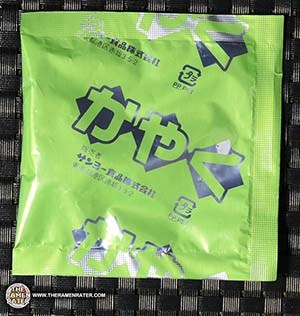 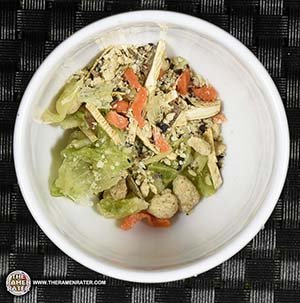 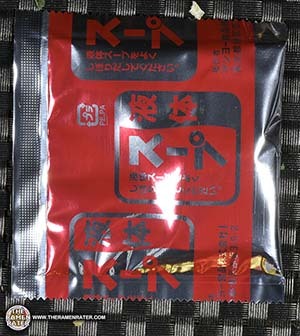 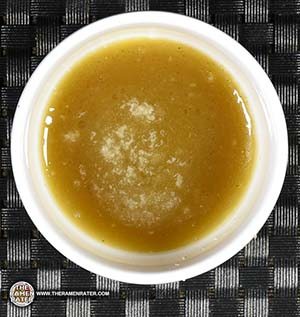 Has an interesting scent. 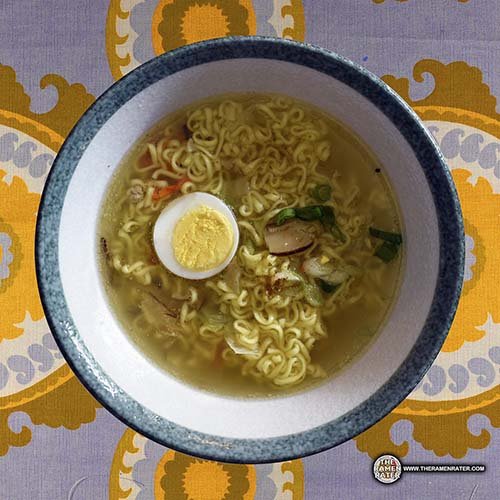 Finished (click to enlarge). Added hard boiled egg, spring onion and shichimi togarashi. The noodles were pretty good – a standard gauge instant. The broth was a salty chicken one and while tasty, nothing I found amazing The re were a fair amount of mushrooms in the mix. 3.5 out of 5.0 stars.  JAN bar code 4901734032618.

A Japanese Sumo competition in Tokyo