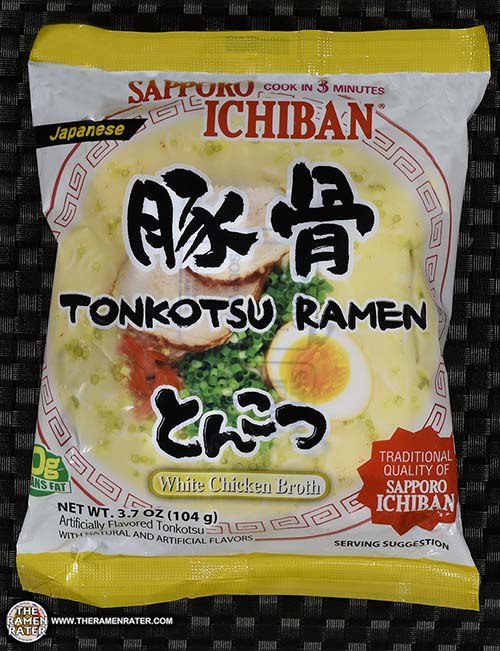 Today we finish this MNeet The Manufacturer with the newest variety to be born of this range, the white chicken broth tonkotsu. It’s been quite a week of reviewing here! I did two on Monday, four on Tuesday, 2 on Wednesday, four on Thursday and one on Friday. I’ve found that running through a series with a lot of varieties goes better when I do them in a shorter period of time as I don’t get any kind of burn out on doing the same brand, although I don’t think I could have this time. This was a very nice stroll through memory lane as I’ve reviewed all of these before. So today, we bid a fond farewell to Sanyo Foods and their wonderful Sapporo Ichiban range! Let’s give this one a try! 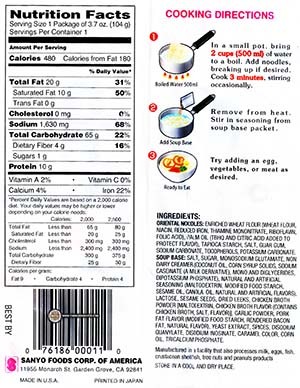 Here’s the back of the package (click to enlarge). Contains chicken. To prepare, add noodle block to 500ml boiling water and cook for 3 minutes. Remove from heat and add in sachet contents. Finally, stir and enjoy! 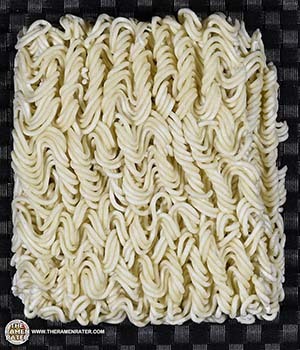 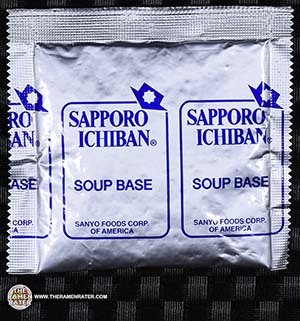 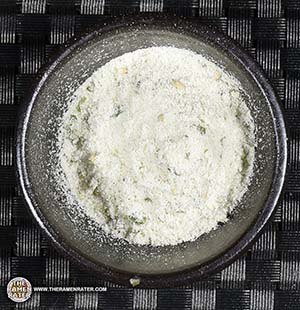 A lot of fine powder. 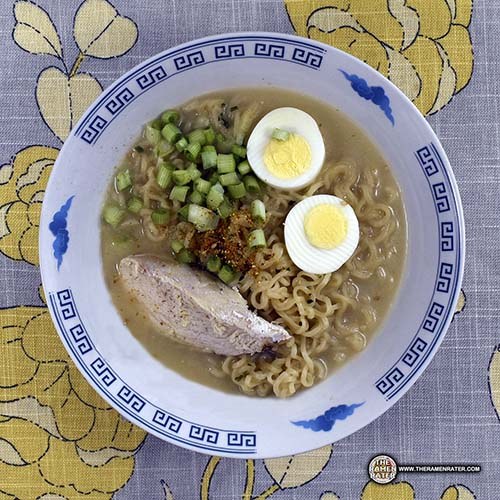 Finished (click to enlarge). Added chicken baked with pepper and Salt For Life, shichimi togarashi, spring onion, and hard boiled egg. Noodles came out just perfectly as per usual. The broth has a milkiness to it, lent by coconut milk powder in the soup base sachet. That, augmented with a nice chicken flavor makes this a really great bowl of noodles. 5.0 out of 5.0 stars. UPC bar code 076186000110. 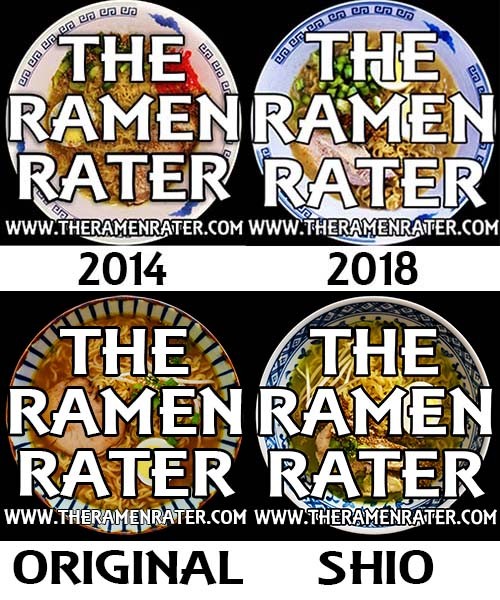 I thought I’d see how using this bowl which is the same one from 2014 would look. Then I checked out the original – which is in the oldest bowl I have. Finally, the Shio which is what’s in the 2014 logo bowl. Haven’t changed the logo whatsoever in a while. Don’t know if I will but kind of neat to experiment.

A classic commercial. What’s interesting is that the packaging still looks very much the same and you can still get it at Safeway.