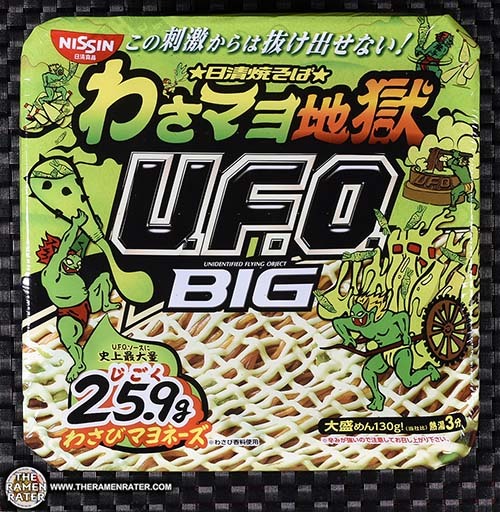 Another one I picked up at Osaka in the Yaohan Centre up in Richmond, BC. This should prove to be a boatload of yakisoba! So, what’s yakisoba? Here’s what wikipedia has to say on the matter –

Yakisoba (焼きそば, [jakʲiꜜsoba]), literally “fried buckwheat,” is a Japanese noodle stir-fry dish. Although soba means buckwheat, yakisoba noodles are actually made from wheat flour, and are typically flavored with a condiment similar to oyster sauce. The dish first appeared in food stalls in Japan during the early 20th century.[1]

Yakisoba is prepared by frying ramen-style wheat noodles with bite-sized pork, vegetables (usually cabbage, onions or carrots) and flavored with yakisoba sauce, salt and pepper. It can be served with a variety of garnishes, such as aonori (seaweed powder), beni shoga (shredded pickled ginger), katsuobushi (fish flakes), and mayonnaise.

I love it when people get all worked up when I put mayo on yakisoba. It’s pretty funny. Let’s begin! 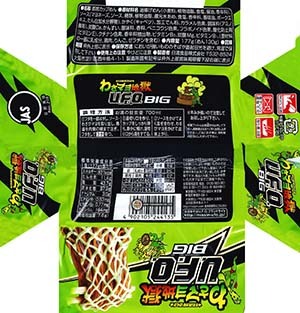 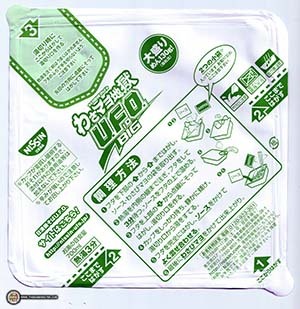 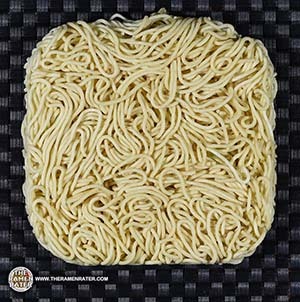 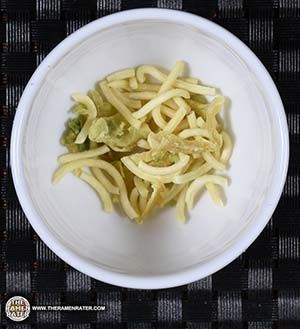 Loose bits from the tray. 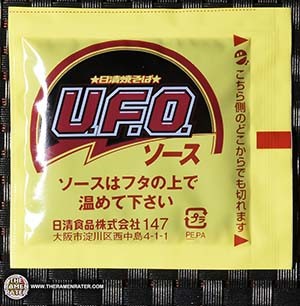 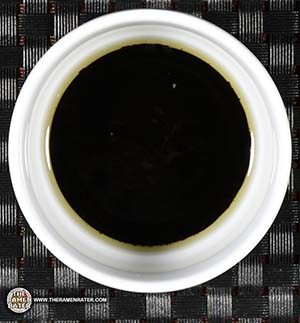 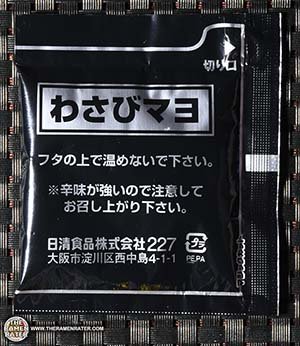 The mayo sachet – I’ll let you see the contents when it’s on the final pic.

Finished (click to enlarge). Holy mother of God…  Added Salad Cosmo organic mung bean sprouts. Okay, just so there are no misconceptions – this is a freaking huge amount of yakisoba. I honestly think changing this product’s name from Big to Freaking Huge would do the trick. The noodles came out perfectly – great gauge and chew – not at all spongy. The yakisoba sauce coated everything and without the mayo, this was really good. Bits of cabbage lent a nice crunchiness throughout. The addition of the wasabi mayonnaise added another layer of goodness – nasally spicy wasabi and mayo gave everything a more greasy effect which was very nice. Too bad I already had lunch earlier! 5.0 out of 5.0 stars. JAN bar code 4902105244135.

A TV spot for Nissin UFO