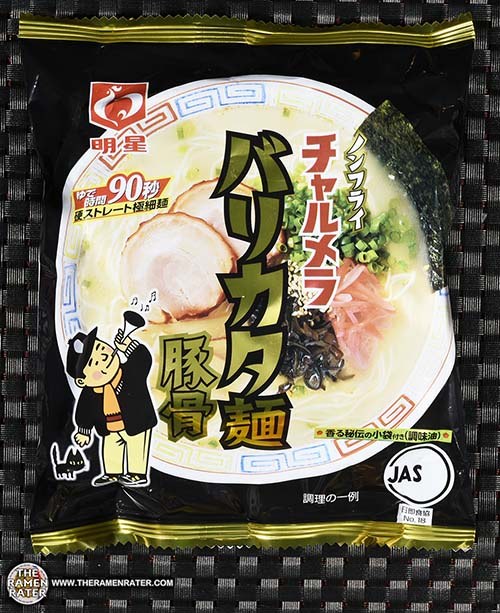 This one comes by way of Japan Ramen Box. Japan Ramen Box is a new subscription box outfit with neat varieties to check out! Go visit their website and have a look!

So this is one of the Myojo Charumera varieties I’ve never seen. The noodle is dried and not fried, giving it a bit lower amount of fat. Charumera refers to the horn that is used by the street vendors in Japan to let people know ‘hey – come get your noodles!’ At least I think that’s the reference – it could be to the man blowing the horn, but I’m pretty sure it’s the horn itself – correct me if I’m wrong, pleasse!

As for tonkotsu ramen, here’s a little from Wikipedia –

The soup broth for tonkotsu ramen is based upon pork bones, and “tonkotsu” means “pork bones” in Japanese.[1][2][3] The soup broth is prepared by boiling pork bones in water for a significant amount of time, up to eight hours, and the broth is typically cloudy in appearance.[1][2][4] Additional broth ingredients can include onion, garlic, spring onions, ginger, pork back fat, pig’s trotters, oil and chicken carcasses.[1] For service, cooked ramen noodles and slices of roasted or braised pork belly are added, and additional ingredients can include kombu, shoyu, chili bean paste, sesame seeds and others.[1][2] 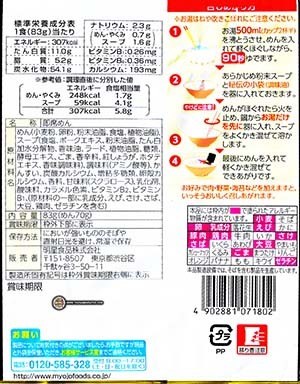 Here’s the back of the package (click to enlarge). Contains pork. To prepare, add noodles to 500ml boiling water and cook for 1 1/2 minutes, stirring often. Add in powder base sachet contents and stir. Add in liquid base sachet. Finally, stir and ejoy! 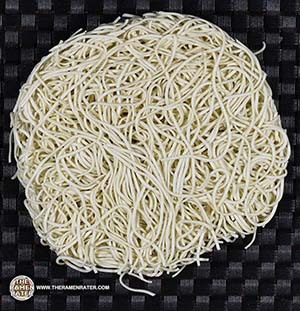 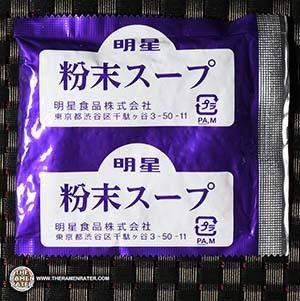 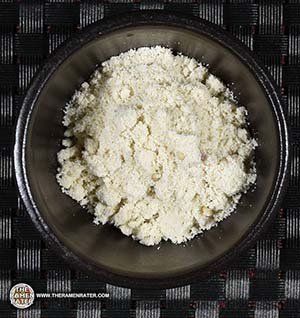 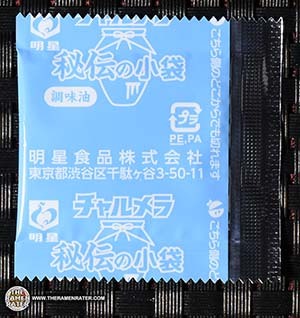 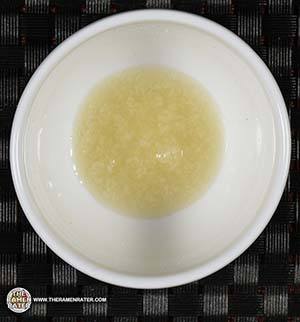 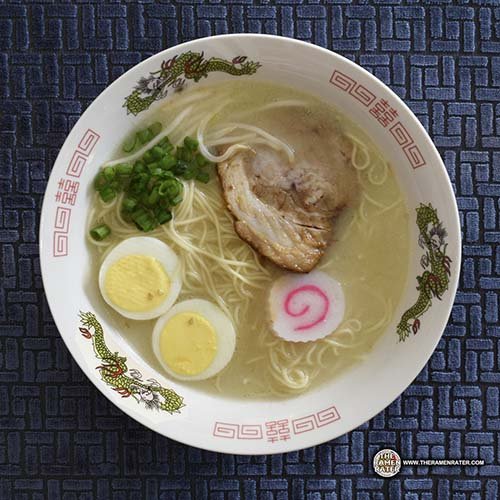 Finished (click to enlarge). Added spring onion, Salad Cosmo organic mung bean sprouts, chashu pork, hard boiled egg and narutomaki. The noodles are just awesome. They’re round and thin with a floury kind of hit to them. The broth is luxuriant and rich tonkotsu – Super tasty. Oiliness is on point and reasonable. 5.0 out of 5.0 stars. JAN bar code 4902881071802.