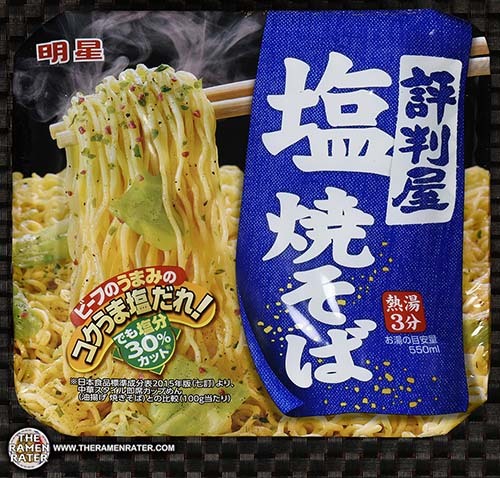 Today we have a Zenpop.JP variety – so what’s Zenpop? They’re a subscription service for all things Japanese! Definitely, check them out. By the way, use coupon code RAMENRATER to get $2 off! Here’s what they had to say about this variety:

This is also low-salt but you would never notice that (which is same for other noodles in this pack too!) It has a flavor of savory beef and vegetable. Nice and simple! Enjoy this popular Japanese noodle dish anytime.

Yakisoba (焼きそば, [jakʲiꜜsoba]), literally “fried buckwheat,” is a Japanese noodle stir-fry dish. Although soba means buckwheat, yakisoba noodles are actually made from wheat flour, and are typically flavored with a condiment similar to oyster sauce. The dish first appeared in food stalls in Japan during the early 20th century.[1]

In Okinawa, Yakisoba is popular with Okinawans and U.S. service members stationed on the island alike. After the 1945 hostilities ended on Okinawa, the US military command supplied American food products to the malnourished residents. The preferred Okinawan Yakisoba was prepared from spaghetti, spam, ketchup, any available vegetable (usually canned), and mayonnaise for frying. Mess halls and other on-base eateries often serve yakisoba. Chopped hotdogs are a popular addition to yakisoba made on Okinawa, in addition to other meats such as ham, chicken, and pork.

Sounds great to me – let’s take a look! 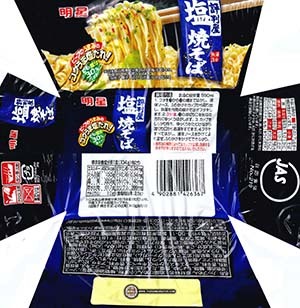 Detail of the bottom and side panels (click to enlarge because this took extra long for me to do). Contains pork, chicken, and beef. To prepare, add boiling water to line and cover for 3 minutes. Use drain spout to drain carefully. Add in sachet contents. Finally, stir and enjoy! 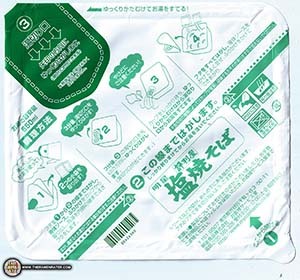 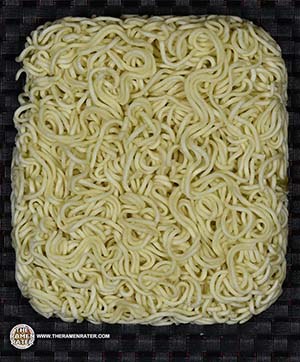 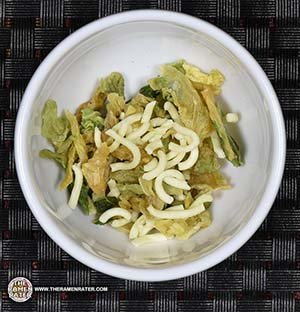 Loose bits from inside the tray. 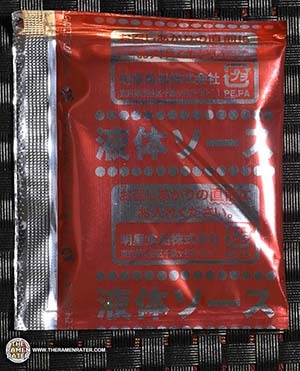 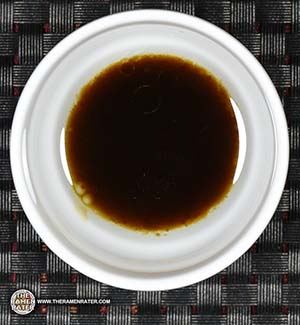 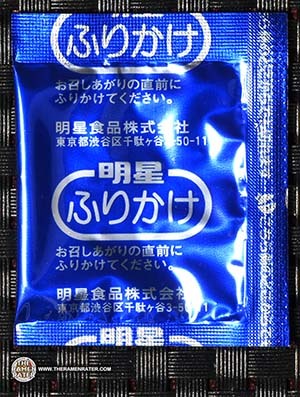 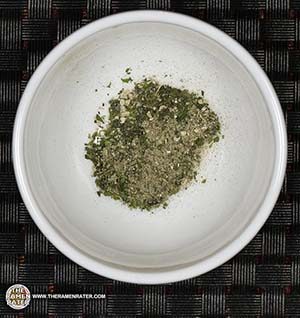 Has a seaweed scent. 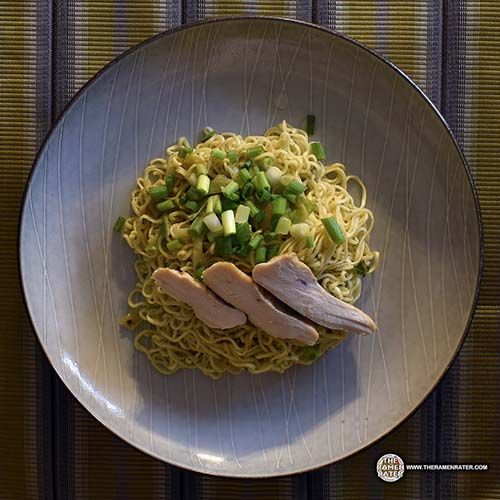 Finished (click to enlarge). Added baked chicken, spring onion, and Salad Cosmo mung bean sprouts. The noodles were light and almost a little fluffy. The flavor was really great – definitely a grilled chicken kind of taste which was very good. The bits of meat and cabbage were nicely hydrated and of good quality. 4.5 out of 5.0 stars.  JAN bar code 4902881426367.