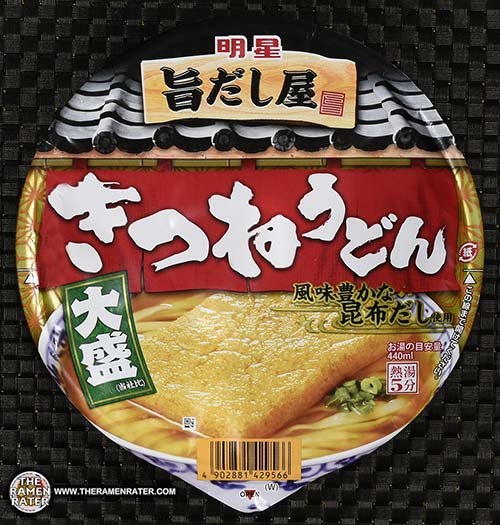 This one was sent by Javier over at Box From Japan. Box From Japan is a subscription service and every month, you get 4 great new instant ramen bowls from Japan! Definitely worth a look! This one, of course, is from Japan and is kitsune udon! What’s that? Here’s a little from Wikipedia –

Udon (饂飩, usually written as うどん) is a type of thick wheat flour noodle of Japanese cuisine. Udon is often served hot as a noodle soup in its simplest form, as kake udon, in a mildly flavoured broth called kakejiru, which is made of dashi, soy sauce, and mirin. It is usually topped with thinly chopped scallions. Other common toppings include tempura, often prawn or kakiage (a type of mixed tempura fritter), or aburaage, a type of deep-fried tofupockets seasoned with sugar, mirin, and soy sauce. A thin slice of kamaboko, a halfmoon-shaped fish cake, is often added. Shichimi can be added to taste.

Detail of the side panels (click to enlarge). Contains fish. To prepare, add in sachet contents and boiling water to fill line. Cover for 5 minutes. Finally, stir and enjoy! 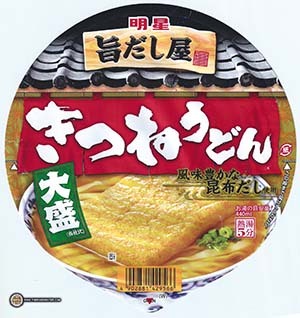 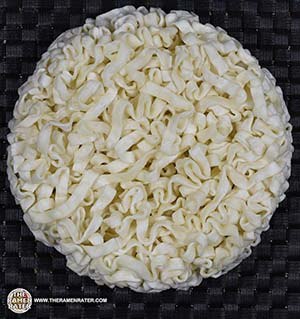 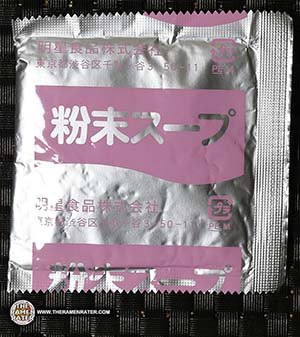 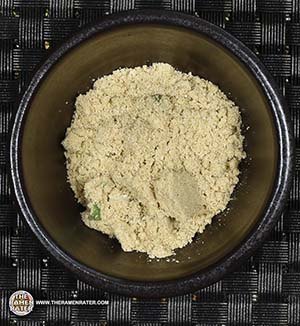 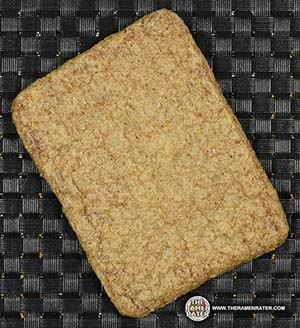 The fried tofu – a big block of it. 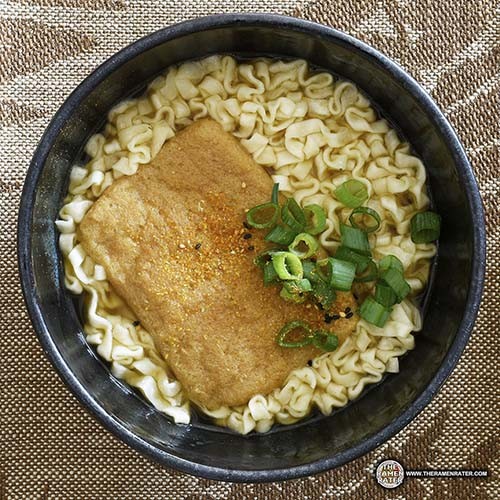 Finished (click to enlarge). Added spring onion and shichimi togarashi. The udon hydrated well. I generally like my udon with a little more backbone and of the round style, but these flat soft ones did the trick very nicely. The broth has a light taste to it not jockeying for flavor over the tofu, which was soft and supple with a very good sweetness and flavor. 4.0 out of 5.0 stars. JAN bar code 4902881429566.

How to make beef udon